Winter Storm Juno is shaping up to be a serious storm that will likely result in many school closings throughout the Northeast. The Weather Channel warns that this storm is likely to be “historic” in nature, and many kids and adults are looking forward to a snow day. But while a day off from school or work can be fun, you might get cabin fever after a while. Snow days are tailor-made for binge watching your favorite TV shows, and the epic nature of Winter Storm Juno means you’ll probably have a lot of down time to get caught up on multiple programs. Whether you’re looking to catch up on new shows, find something to entertain the kids, or explore classic shows you’ve just never got around to watching, this guide has something for you. We’ll also let you know what “big three” streaming services have these shows available for you to watch. Whether you have a Hulu, Netflix, or Amazon Prime membership, you’ll be able to find something great to watch during this epic snow storm. You know, unless your power goes out. Read on to get some recommendations about what shows to watch during this intense winter storm.

Rome originally aired on HBO from 2005 to 2007, and it was a critically-acclaimed series. If you want a show that looks nothing like the frozen, barren wasteland your hometown has become during Winter Storm Juno, Rome fits the bill perfectly. It’s got a little something for everyone: intrigue, romance, combat, beautiful costumes, and even the odd bit of humor.

Right now, Rome is only available on Amazon Prime or HBO Go. It’s a short show (two seasons of 22 episodes), so you could conceivably watch the whole series during the length of this epic snowstorm. This is a great pick for history buffs, or Game of Thrones fans who need their dose of costume drama and political scheming.

If you’re not an HBO subscriber (or using someone else’s HBO Go password), there are lots of other HBO shows you can watch via Amazon Prime video. Amazon’s stable of HBO shows includes comedies like Family Tree or Flight of the Conchords, or dramas like Boardwalk Empire or the excellent John Adams miniseries.

Check out a trailer for this critically-acclaimed series in the player above.

Transparent is an Amazon original series, so it is exclusive to Amazon. The series has been getting a lot of attention recently. In January, the show won a Golden Globe for Best Television Series, and star Jeffrey Tambor won the Golden Globe Award for Best Actor in a Television Series for his portrayal of transgender dad Mort. If you’ve been hearing all about the buzz this show has generated, a snow day is the perfect way to get caught up on Season 1.

3. Avatar: The Last Airbender or The Legend of Korra

Check out a trailer for The Legend of Korra in the player above.

These Nickelodeon shows have a huge fan following among both kids and adults. Whether you need a family-friendly show to keep the kids happy, or you’re a fan of animated shows yourself, these two related shows are must-watch programs. Avatar and Korra both take place in a world where powerful characters practice martial arts and are trying to bring peace to the world.

Seasons 1-3 of Avatar are available to watch for free with your Amazon Prime membership, as are the first two seasons of Korra. Neither show is available on Netflix as of this writing. Avatar isn’t on Hulu right now, but five recent episodes of Korra are.

Sons of Anarchy is an epic tale of of betrayal and revenge. If you love motorcycles, crime dramas, or Ron Perlman, this is a must-see show. A snow day gives you a great excuse for catching up on shows that you missed out on, and there’s a lot of this show to catch up on for first-timer viewers. Seasons 1-6 of this show are available on Netflix, Hulu, and Amazon Prime. Season 7 episodes can be purchased via Amazon Prime as well. While this show isn’t exactly family-friendly, it’s definitely a show that will draw you in and get you hooked. That being said, if you’re squeamish about violence, this might not be the most enjoyable show for you.

5. All of the New Amazon Prime Pilots

Earlier this month, Amazon released a huge batch of new pilots. You can watch them, rate them, and influence what pilots become full-fledged original shows on Amazon. There are kid-friendly shows like Just Add Magic and Table 58, which would be great for the kids. If the kids are out playing in the snow, you can enjoy new Amazon pilots like the Civil War drama Point of Honor, or the cool Ridley Scott project The Man in the High Castle, a chilling exploration of what would have happened if the US and the Allied Powers lost World War II. If you’re not in the mood to watch an entire season of something, checking out all the new Amazon pilots is a great way to get a taste of several different shows in different genres. 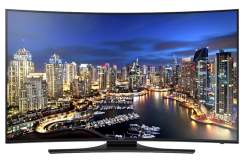