For the month of February, we’ve discovered five new awesome arcade games available for Android devices. This month’s gamut of digital titles delve into endless hopping, acrobatic acts, kung-fu fisticuffs, arena shooting and hardcore space shooting. For the shortest month of the year, you can make it go even faster by dedicating some play time to these mobile games. These are the top five best Android arcade game of February 2015.

Any of you guys enjoy Crossy Road? Chances are high that you’ll enjoy this endless hopper as well. Mad Hop – Endless Arcade Game adopts the same pixelated visual sheen seen in its rival game and features the same addictive arcade gameplay you’ve come to love. There’s plenty of awesome characters to add to your team of hoppers and playing on a daily basis nets you plenty of cool gifts. Keep giving this game some attention, tell the developers which characters you’d love to play with and you might even see them get in the game.

Swinging Stupendo puts you in the role of a high-flying acrobat. You’ll have to hold on the screen while you keep your onscreen daredevil airborne. There’s a cool rhythm you’ll have to key into as you swing through the skies and avoid getting shocked. This one’s pretty challenging, but you’ll eventually have a ton of fun with it after repeated playthroughs. Make your character look stupendous and nab the best score possible.

The OG dragon known as Bruce Lee has popped up in a quality mobile beat ’em up. Bruce Lee: Enter The Game brings the action movie legend to small screens and lets players control his wicked martial arts. Lee plays the lead ass kicking role in a number of levels that mimic the simple plots of kung-fu flicks from yesteryear. The combo centric gameplay is easy to get into and the special moves look flashy enough to keep you enthralled. There’s a lot to love here. Enter the dragon.

Fans of 3rd-person arena shooters will get plenty of hours when they check out Call of Mini Infinity. You’ll take your mini avatar into intense shootouts and hopefully come out the victor. The gunplay and movement is surprisingly smooth, which makes this shooter stand out from the rest of the pack. To get a true Quake-like experience on your Android device, this cute but deadly arena shooter is the one to pick.

Fans of bullet hell flight shooters are going to love Wonder Wings: Shooting Game. The frantic action seen in games of this ilk are expectedly present here. It’s easy enough to use your fingertip to cause tons of destruction across several enemy packed levels. Fans of classic SHMUP’s like Gradius should give this shooter a download. This cute bird-shooter may not look too intimidating, but don’t underestimate this explosive arcade shooter. 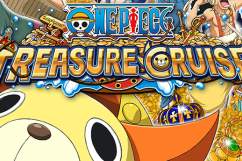