The month of February for 2015 has been very plentiful in the mobile games department. A nice mix of RPG’s filled with popular characters, retro stylized renditions of popular genres, match three puzzlers and more. We’ve taken a look at some of the best games to flood the Google Play store for such a short month. Thankfully, we came away with a nice selection of the most fun mobile game releases you need to download ASAP.

The swashbuckling adventures of the One Piece crew come to form in this great RPG – One Piece: Treasure Cruise. Players get the chance to control Luffy and a host of other beloved characters from the long running anime in a host of tap battles. The visuals look beautiful and the awesome campaign gives you a chance to play through the show’s biggest events. As far as new RPG’s go, this one ranks as one of the best. Building a pirate crew and sailing the high seas leads to hours of fun within the world of One Piece. 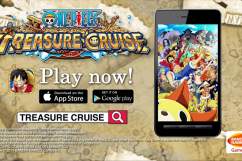 Here’s another great RPG experience that’s tied to a cartoon franchise. Transformers: Battle Tactics allows you to amass an army full of powerful Autobots and Decepticons, take ’em into battle against rival teams and battle it out for dominance. The structure of this game is addictive, thanks to the huge variety of Transformers to mix and match and the nice offering of upgrades and items. Amass some popular Transformers and roll out, gamers. 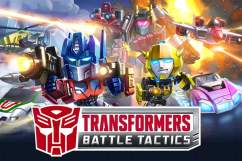 Console gamers have gotten the proper experience with the 4 vs. 1 FPS, Evolve. Mobile gamers have gotten to hop into the world of Hunters and Monsters with the release of Evolve: Hunters Quest. This match three puzzler combines the fun of making big combo matches and attacking the many baddies on screen. Your Hunters’ special abilites come into play as you fight tons of monstrosities over the course of 100 missions. Console gamers might want to check this release out since it furthers your progress in the main game. 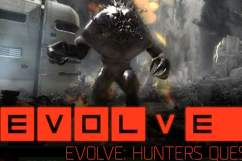 Marble Heroes offers players a fun take on dungeon crawlers with pinball mechanics. You get the chance to gain a long line of heroes, encase them in a miniature balls and send them flying across the battlefield at your adversaries. There’s a nice mix of heroes that you can assemble, which will give you an unlimited set of hero formations to take into battle. The possibilities are endless for Marble Heroes and the fun factor stays at an all-time high.

Evoland is a love letter to the golden ages of action RPG’s. The history of this enjoyable video game genre is a crash course on the best elements seen in its best games. Players will love the nods to 8-bit classic and grow to love the game even more as colors and better graphical presentations get unlocked. The old school battle mechanics are as fun as ever, the premise behind this title is clever and the stylized visuals are a retro gamer’s dream. 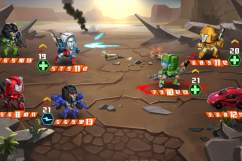