The Action category is filled up pretty well with plenty of games that offer differing levels of shooting, hand-to-hand fighting and more. For the month of February 2015, we’re going to take a look at a quality selection of mobile games that are full of exciting gameplay. By the end of this top mobile games listing, you’ll be supremely entertained by these titles full of genre mashups. Here are the top five best new Android action games for the month of February 2015.

Iron Knights maintains its fresh factor and keeps its player base satisfied with content. Monthly events for this action RPG awards players with double the amount of experience and gold during their travels. You’ll run into dangerous skirmishes with your powerful custom hero and fend off all opposing forces. For fans of Diablo, this mobile game will keep them enthralled. The heavy hack and slash gameplay, wonderful visuals and intuitive touch controls make this dungeon crawler a must have.

Office Rumble is the preferred game for those who’ve always wished to punch their annoying co-workers. This 3D action brawler places you in a myriad of locations besides the office setting, so you can smash your boss with reckless abandon anywhere. Don’t underestimate this game due to its simple premise. There’s a crazy amount of amazing moves to pull off and so many employees to add to your team of ass kickers. Rule the office with your pissed off worker.

BombSquad landed on the Android Google Play Store with reckless abandon. And gamers couldn’t be more happier about this happening. The purpose of this explosive action game is to blow your opponents sky-high. You’ll get to choose from pirates, ninjas, chefs and more as you throw bombs in their direction across several game modes. This is pretty much Bomberman with wider terrain and more moves to dish out some pain with.

The legendary Monkey King, who’s been interpreted in several different ways over the years, has made his way onto Android devices. You’ll have to take control of him as he runs wild in a mystical setting. This endless runner changes the formula up a bit by letting your powerful hero engage in quick battles right in the middle of stage runs. The imaginative visuals and art design will pull you in, plus the huge boss battles and power up’s will amaze you.

Demong Hunter lets you build up a miniaturized hunter and let you tear through a seemingly unlimited amount of cute (but deadly) creatures. The nature of this game applies itself well to quick spurts of gameplay that will make you say “just one more mission.” Jump into dungeons of varying difficulty, defeat small and huge monsters, horde new items and complete hundreds of missions along the way. 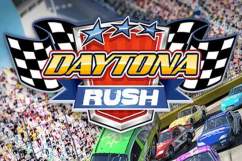