For mobile gamers, the strategy genre is one of the more challenging genres there is. While they may require way more dedication and time to fully understand, their infinite fun factor is clearly evident. For the month of February 2015, the Google Store has seen its top gaming charts lined with a great number of quality strategy games. You’ll have a endless amount of fun navigating these games and amassing your troops for mobile war. These are the top five best new Android strategy games of February 2015.

Anyone of you guys played Transformers: Battle Tactics? You have? Okay then so you’ll fall in love with Super Battle Tactics then. You’ll command a badass army of tanks and use them to destroy your adversaries on an in-game show called Tank TV. Winning in battle will require quick thinking and fast reflexes, plus you’ll upgrade your tanks and unlock more as you become victorious. The cartoony visuals are crisp and the animated explosions that occur during intense battles never gets old.

This free-to-play MMORTS looks like it belongs on your super rigged PC. Thankfully, you’ll get to experience how involving this game can be right on your Android mobile device. Deep Space Fleet: Galaxy War is supremely visually appealing mobile game that makes you the leader of your own space station. You’ll travel around space, amass resources, build up a squad of spaceships and battle for galactic supremacy. You’ll find yourself in deep concentration on a daily basis while you rule the galaxy with an iron fist.

Legend of Empire – Daybreak adopts the visual making of mythical orcs and elves’ familiar surroundings. It will be up to to put together a mighty empire and send your loyal soldiers out to defeat your adversaries. This strategy RPG is as deep as its contemporaries, thanks to its offering of cast troop types to train and buildings to put together. The battles get pretty crazy, so make sure you’re prepared for the toils of mystical warfare.

Sure, there’s a ton of Clash of Clans copycat games out there across the Android Google Play store. But we were pretty damn entertained by this one. X-War: Clash of Zombies gets way with including a ton of familiar characters from the comic book, anime and movie universes. The basics of COC applies here – fend off those vicious zombies with your powerful fort, fight alongside other players in the arena and take on strong bosses that test your mettle.

The final selection on strategy games packed list is mobile game that focuses on the tough trials of modern combat. War Inc. will bring you into the fold as a supreme war commander who’s responsible for crating a viable armed force. The single-player campaign will place you into several missions that command you to put down the Rebellion. The mechanics here are super deep and the action here is amazing to witness. You’ll find yourself deeply enthralled as you build up your defenses for the modern threats at hand. . 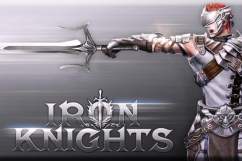