A pretty nice array of great mobile games have launched on the Google Play store for March 2015. A few quality mobile games that belong to the strategy genre are among that latest collection of newly released titles. We’ve taken the time to play through a bunch of them and we’ve discovered five of the finest strategy games that will test your intelligence in the best ways possible. Hop into the strategy mobile games that feature elements of cards battling, tower defense, empire building etc. These are the top five best new android strategy games of March 2015.

Arcanox: Cards vs. Castles is cool hybrid strategy game that features two of the best elements to mash together – card battling and tower defense. Players will be tasked with collecting over 300 cards that put minions and magical spells by your side. You’ll need to put these cards to good use during your war efforts as you attempt to take down other players’ castles. All the while, you’ll need to build a magical castle of your own and make sure its defenses are powerful enough to survive surprise attacks. This addictive mobile strategy title pulls you in with its colorful visual sheen and great gameplay. 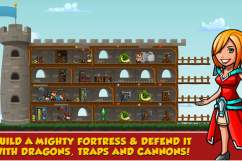 Space Bounties Inc. takes you into the future. There’s a whole lot of dangers lurking throughout the universe, which means you’ll have to rely on your hired space mercenaries to handle them all. Space Bounties Inc. is a great mobile strategy game that combines retro 8-bit graphics with tight gameplay. You’ll run through a glut of procedurally generated dungeons and put together a team that can be crafted from 132 characters. The fun battle system and wealth of content makes this a strategy title that’s hard to ignore.

Keeping a Boomtown alive and thriving is hard work. Keeping your community of gold hunters happy while also making your town as profitable as possible is a challenge some might not want to deal with. But when it’s in video game form, dealing with the in’s and out’s of a gold rush is an incredibly fun time. Westbound: Gold Rush gives you all the tools necessary to build up your own Boomtown, explore nearby areas to dig up even more gold and solve the mysteries surrounding your town. It feels good to be the leader of a town that’s just bathed in gold nuggets and more treasure.

King of Thieves is a great platformer, but it’s also a solid strategy game as well. Your little black block has to hop around hazardous dungeons, avoid the enemies and traps set within it and retrieve the treasures placed within them. When the tables turn however, you’ll have to fill up your player created dungeon with the same types of traps and hazards needed to protect your goods. Both sides of this game are fun in their own right and they combine to create an awesome mobile title.

Ancient Egypt is a topic and time period that you’ve probably studied and researched countless times before. Getting the chance to venture into this glorious era yourself is something you can actually do. Pharaoh’s War provides you with the opportunity to construct your own empire and command your army to battle other empires. You’ll need to maximize your resources and armed forces while you build the grand Egyptian empire you’ve read about in history books. The multiplayer alliances will push you to bring your friends into this addictive mobile strategy game. 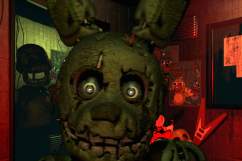