As far as mobile racing games go, some pretty great releases hit the Android Google Play store. Since the next Fast & Furious film is revving up soon enough, a pretty awesome game dedicated to the blockbuster series is now available. Along with that release, we have four other awesome mobile racers you should devote some time to. It’s time we gave you a rundown of the top five best new Android racing games of March 2015.

Furious 7 is going to take over movie theaters soon enough. So we know you’ve already prepared yourself for the onslaught of incoming trailers and actors taking over your favorite TV/radio shows. Turns out this big movie franchise has also taken over mobile devices. A new racing game devoted to the series has arrived in the form of Fast & Furious: Legacy. This 3D racer features a bunch of adrenaline pumping race types, such as lap-to-lap racers and drag races. There’s over 50 beautiful designer cars to collect and upgrade, plus the high speed thrills and fun missions will keep you coming back for more.

Racing Fever is a pretty cool lane to lane racer with some pretty visuals to back up its fun gameplay. You’re given three different camera options to use as you speed past other vehicles and try to break your distance/speed limit. All of the sweet rides you acquire go towards your many stage races and you’ll get to push your luck on the road top earn the coins you desire. Get real comfortable with this racer since more themes and features are arriving for this mobile racer.

This high-octane racer puts you in the ride of a law-abiding police officer. Police Car Chase 3D places you on the road as you race towards a criminal sitting under the spotlight of a police helicopter. As soon as you spot that baddie, it’s truly off to the races! You’ll need your fingers to aid you as you crash into the criminal automobile and try to bust ’em. New police cars can be unlocked over time and tougher criminals pop up on every stage you encounter. This racer…well, chaser is a must play.

Cartoon Racing looks like the type of racer you’d see yourself and a few buddies devoting hours to on the original PlayStation r N64. The large collection of cars you’ll control and many stages you’ll play one all feature the bright visuals of an animated wonderland. Kart racing weaponry is available in this racer, so you have the ability to blow your fellow racers off the road. The huge jumps and expansive stages increase teh fun factor of this great mobile racer. Perfecting the mechanics of your cartoon ride has never been so much fun.

If you ever found yourself getting into the car mechanics of Grand Theft Auto, then you’ll definitely enjoy this mobile action racer. Crime Race Car Drivers 3D lets you walk around the open world, hop into your chosen customized ride and take on a myriad of missions. Sometime you’ll chase down a single rival, while there are instances where you’ll have to bump several vehicles off the road. The money you acquire goes toward making your cars more suited for the many missions you come across. 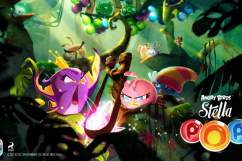 Read More
Android, Android Apps, Android Smartphones, Android Tablets, Fast and the Furious, Games, Mobile Games, Tablets
A new lineup of awesome mobile racing games are now available on the Google Play store. These are the finest releases for the month of March 2015.