4K quality is popping up everywhere, and the next place you’re likely to find it is in your pocket. Even though 4K is still a ways off from primetime, there are dozens of smartphones already out that record 4K video. Some even have 4K screens, and the number of phones of this quality is only going to grow through the second half of 2015.

It might seem like overkill to have 5 inch 4K screens in our pockets at all times, but having a 4K screen means a couple big advances. For one thing, mobile-based virtual reality headsets will gain an enormous boost in realism. Most of these headsets use an optical lens to magnify the display, and a higher screen quality can greatly smooth over this effect.

On top of that 4K screens will also be able to upscale older web content, and possibly the best feature yet, easy and beautiful smartphone filmmaking. Even though today’s screens max out at QHD quality (2560 x 1440), these phones record in 4K and offer professional features like optical image stabilization and high dynamic range.

Again, these phones are just the beginning, so if you have a prospective interest in mobile filmmaking, now is the perfect time to get onboard with the latest standard of quality.

Though its not capable of True 4K playback, its screen is densely pixelated at 577 PPI, and is the closest thing to 4K out right now. And once you get the recording on a fullscreen it will look fantastic. You can view a demonstration of the S6’s capabilities below in YouTube’s max 2K quality.

Samsung has even revamped their front-facing camera, which is now a 5-megapixel with a 120° wide angle lens which lets you capture a larger frame with exceptional clarity. Like many of the phones on this list, the S6 is cheaper with a mobile data contract, but is otherwise a hefty price for the revolutionary features that it offers. 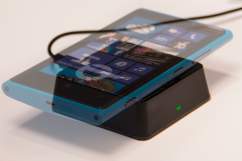 This leaves the phone with an interesting resolution of 2560 x (1440+160), which makes for plenty of room to display high-end content from its incredible onboard camera. Its camera’s optical image stabilization and high quality are demonstrated below, in top YouTube quality.

The front camera is 3.7-megapixels has a wide 120º lens. All in all, the Note Edge is a very attractive package for photographers and phone enthusiasts alike. A solid pick. 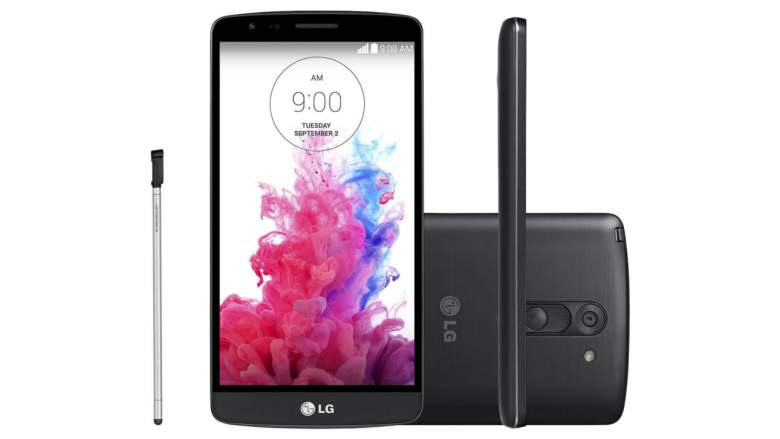 The combination of the LG G3’s high quality display and its fully outfitted recording equipment makes it an incredible option for 4k mobile video. With its enormous 5.5-inch Quad HD (2560 x 1440) display, you again have four times the resolution of standard HD screen.

It is worth noting that at 538 pixels per inch, QHD screens near the limit of detail visible to the human eye. This means that even though a true 4K (4096 x 2160) screen will be coming around soon enough, phone screens are truly as good looking as they are going to get.

Cameras, on the other hand, are still improving by leaps and bounds, and the G3’s 13-megapixel OIS+ (Optical Image Stabilization +) is a big improvement in smartphone cameras. Its free-floating lens makes for sharp and focused UHD pictures even when moving.

Very soon the LG G3 be upgraded by the LG G4, which will sport a similar 5.5-inch QHD that is 25% brighter and has a 20% wider color range than the display on the LG G3.

The G4’s 16-megapixel camera will also sport the improvement of a dynamic range up f/1.8 and an impressive 0.6 second shutter speed. We look forward to its release later this year.

When it first came out last year, the iPhone 6 got a lot of flak for its enormous size. Given the current popularity of phablets (yes, I do hate that word), the size of the 6 Plus is really not that much bigger than its competitors.

Like most phones on this list, it has a 5.5-inch IPS LED screen, however its 1920×1080 HD Retina Display is actually below the curve. Its contrast ratio is nothing special either, but Apple does bring some awesome feature to the table in their camera.

The biggest downside of any Apple product is always its price tag. But if you can handle the high price tag, the 6 Plus can take some amazing pictures and videos with solid manual controls to boot.

Buy the iPhone 6 Plus or find more information and reviews here. 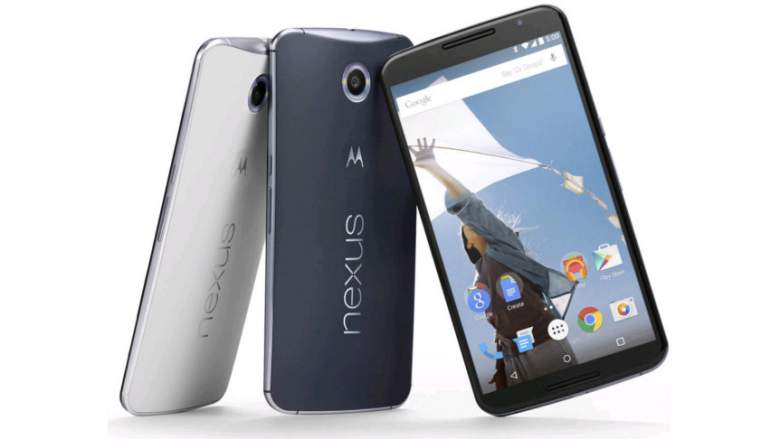 Seeing the Motorola Google Nexus 6 for the first time, it will be apparent that the 6 refers to the phone’s massive 6-inch screen. This phone’s massive QHD display makes for excellent playback from its camera, especially with its dual front-facing speakers that deliver crisp stereo sound.

Its 13-megapixel rear camera has Optical Image Stabilization and HDR+. It captures both 4K UHD video and stills, plus it offers some very nice effects, the best looking of which is its slow motion playback demonstrated below.

Since the Nexus 6 is hermetically sealed, it also works underwater, meaning you can also perform underwater recording. This can be an incredible tour for aspiring filmmakers. Check the video below for an artful example.

Its front-facing camera of just 2-megapixels does not offer anything particularly special, but using this phone from the business end means for amazing quality pictures. 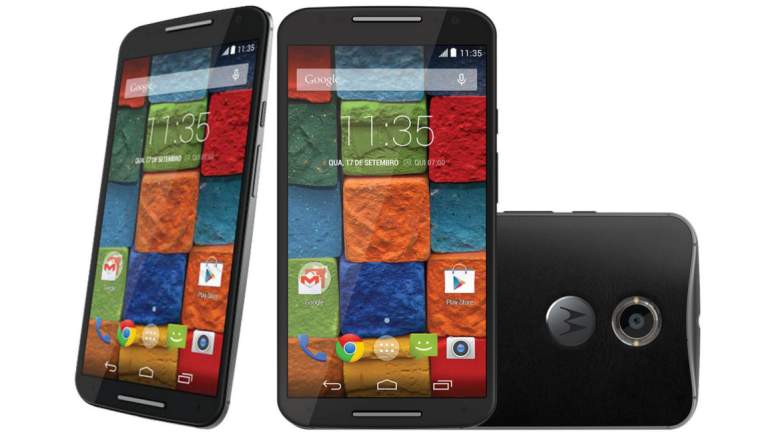 Motorola’s Moto X may not be as fully equipped as the Nexus 6, but still offers a lot of next-gen features in its video capture and playback. It has a 5.2-inch (423 ppi) Full HD AMOLED display, even though its video-taking capabilities go way beyond 1080p.

Its 13-megapixel Quick Capture Camera captures beautiful 4K UHD, and caries a nice suite of hardware to back it up. This includes sharp Auto Focus, an impressive aperture of f/2.25, and ring flash with dual LEDs.

A very cool feature of its recording capabilities is its 60 fps slo-mo recording in 1080p, which as demonstrated above, smoothly brings the action of a busy intersection to a crawl.

This is a phenomenal feature for those trying to capture some frenetic action, and all in all a great phone as well. 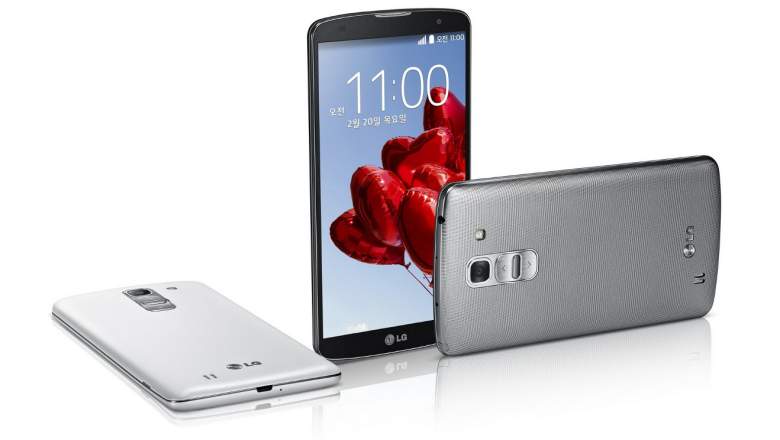 The LG G Pro 2, though about a year old now, still has a majority of the features of newer phone cameras, meaning it definitely still competes. The 13-megapixel camera was LG’s first to have some key features like OIS+, the automatically responsive magic focus, and slow-motion capture.

The G Pro 2’s 4K recording looks excellent, but equally cool is its ability to record 120 fps in Full HD for full slow-motion. Combine that with a decent suite of manual controls and the LG G Pro 2 can be a handy pick for handheld cinematographers. 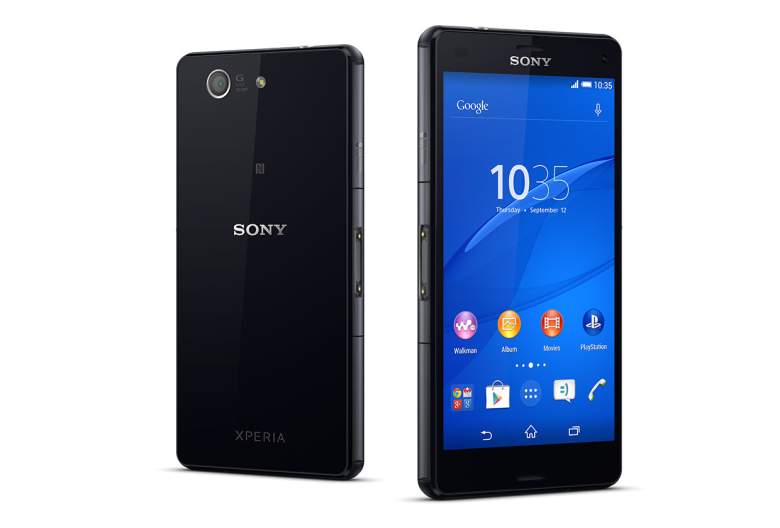 Sony’s Xperia Z3 is a top performer in both its 4K video recording and its 20.7-megapixel stills. It has a large 1/2.3-inch image sensor that lends well to high quality shots.

Recordings have very little visible noise, and its f/2.0 aperture means you can film flexibly in any lighting conditions. The controls are simple to understand, and make manual controls a breeze. An extra cool feature is the ability to add more manual presets, which is demonstrated in the video below.

HDR and auto focus is appreciated, but No OIS makes shooting videos on the go challenging. Still, fairly flexible recording with Full HD playback capable on its 5.2-inch screen makes for a nice package.

Though Lenovo’s Vibe Z2 records in slightly lower quality than other phones on this list, it offers you professional-level control over your shots with full manual controls. 16-megapixel stills are captured in a stunning 3456 x 4608 resolution. Unfortunately, the video recording caps at 2160p (30 fps).

Playback is phenomenal though, as the Vibe has a beautiful 6-inch TFT screen with QHD quality. That means that playback actually matches the quality of the camera, even if the high resolution display scales fantastically on a larger screen.

The recording features you get are impressive as well, coming with optical image stabilization, artistic HDR, and auto or touch focus.

The lack of full 4K recording won’t be a dealbreaker for most users, but for those who are looking for the top quality out there can expect that from the next phone release from Lenovo.

The Panasonic Lumix DMC-CM1 is a true phone for photographers. So much in fact, that Panasonic actually categorizes this device as a “communication camera” rather than a device that puts phone functionality first.

Its full-size Leica lens throws form factor out the window, and for this (plus the large price tag), many might not consider this a good choice for a phone, but if recording comes first, the CM1 has some obvious perks, as demonstrated below.

Do not be deceived by its 4.7-inch Full HD display, as the camera has a full-size 1-inch display that brilliantly captures 20-megapixel photos. It also have a full Venus image engine, which greatly reduced image noise.

Atop of all this, plus f/2.8 aperture, the CM1 has as many manual controls as you would see in a regular digital camera. Photographers will sing endless praises of all of these features, and there are simply too many list without giving unfair coverage to this particular camera.

The simple fact is that those who will want this phone will know right away. It is important to do further research and make sure that you are not forgoing too many phone features for the camera benefits, but ultimately, this crossbreed is one that we may see more of in the near future.