The newest gathering of great Android racing games has arrived! We figure gamers who need something new to play on their mobile devices are targeting brand new racers. The picks we’ve selected vary from venturing across hill tops, dirt roads and the inner city streets. Whether you’re looking to hop into a cute truck or hop into military grade vehicles, we’ve got your covered with our new line of great racers. These are the top five best new Android racing games of May 2015.

Hill Racing 3D: Uphill Rush is a pretty cool physics-based racer. You hop into a number of rides that are equipped for off-road traveling, which is what you’ll be doing across a number of stages. This endless racer provides you with the chance to collect as many coins as possible and also break records by picking up the most miles traveled. Beating your best times on beaten stage runs and unlocking new cars to hop into makes this mobile racer a fun one.

Here’s another top-notch physics-based mobile racer you’ll certainly enjoy. Sprint Car Dirt Track Game puts you on roads packed with mud. You’ll hop into your trusty off-road kart and traverse a bunch of harrowing stages/laps against rival racers. The starting edition of this racer comes with a good amount of contact, but be prepared for plenty of new tracks, cars and championship race circuits to keep everything fresh.

Hopping onto the other side of the law can be fun in a video game setting. Becoming a part of the law itself can be just as fun in the same mold. Duty Driver Police places you into a police squad car and tasks you with capturing the criminals poisoning your city. There’s an open world to keep safe and you have the badge and ride needed to do just that. Hit the road, drive fast, bust down criminals and be ready for more action thanks to your duty.

For fans of those Trials games, then you’ll no doubt have a great time maneuvering through tough track setups in Trial Legends HD. The concept of this one is the same as the popular series its based on – get on one of your motorbikes and do your best to pull off flips as you find your way through tough stages. Be mindful of the physics at play here and you’ll keep your racer from landing on his neck during unsuccessful runs. Trial Legends HD is worth a download.

Our final pick for top Android racers for the month of May 2015 is this open-world military racer. Army Extreme Car Driving 3D puts you on the ground as a proud member of the army who’s set out to complete the tasks ahead of him. Your camouflaged selection of automobiles are your main crime stopping tools. Missions come a plenty, so there’s always some illegal bum’s to take down in the name of ‘Murica. One you hop into a tank, you’ll be glad you spent some time with this mobile racer. 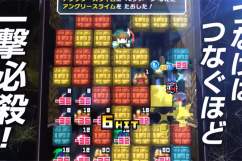