Role-playing games found their place on the internet years ago with World of Warcraft. It used to be something you could only do with a desktop computer and a reliable internet connection. Thanks to the iPhone, you can actually leave the house and play your favorite RPG games. They were and still are a great way to escape from the real world for awhile and become someone else. Some of these games involved strategy, you can play others with your friends but all of them involve a bit of imagination.

Play as a vampire from who was awoken from the grave to take down the evil empire that’s taken over your land. Set up sort of like a board game, go through turns moving through the world to get gold, ingredients for potions and earn more experience to battle enemies. Begin by choosing the character to start with then you can build and move others as you level up. Gather things along the path to use to attack your opponents or turn them on your side. Save vampires along the way to build up your army and attack anyone that comes at you.

Your mob boss father was killed when you were a child and now you’re old enough to get revenge. Work with the mob, street crew and others to bring down the city that killed your dad. Go around and take down buildings to get more money, guns and locations. Level up to take part in boss battles that pit you against other players. Like any good game in 2015, you can connect with social media to recruit your friends into your crew. Attack buildings for friends and they will owe you the next time you need some help blowing up a gun store. Each raid takes a certain amount of energy that you will have to let fill up before you can go out again, which can take some time. This game is pretty violent so it isn’t suitable for children, but very addicting for adults. 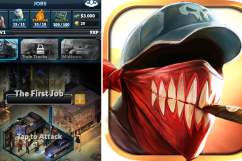 How to Use Underworld Empire Role-Playing Game

Your grandfather was Seabeard and he ruled the land of Accordia peacefully for many years. Now, it is your turn. It’s been a long time since anyone has lived in this land so you will have to restore it to what it was. Clean up and add buildings and homes so people can come live with you. Sail around to other islands to collect supplies and meet your neighbors. Play mini games to move to other lands and help the people who live there to get the things you need to rebuild. The app will send you on a variety of fun and easy missions.

It was a normal day for the Starlings, when an evil being came and caused chaos and destruction. A few Starlings escaped to a different planet to start a new life but the evil ones have found them. It is up to you to build up the planet’s defenses to keep them away. Buy different cannons and shields to protect the Starlings against he attacks. Connect with friends to show the evil ones that they can’t take you down. Once you begin leveling up, you can customize your avatar and connect with people all over the world also playing. 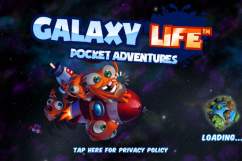 How to Use Galaxy Life Role-Playing Game

There is a zombie infestation in your town and you have to get rid of the scum. Rummage around for different weapons and pieces to expand your weapons. Begin by escaping from Zombie HQ where most of the zombies are. Take missions to earn money and help out the other survivors in the city. Gather guns, bats and grenades to take down anything in your path. The navigation can take awhile to get used to at first but once you do you’ll be able to cruise around and kill anything in your path. Missions are pretty short so you can get a few done in about 30 minutes and you can even create your own soundtrack. 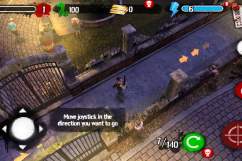 How to Use Zombie HQ Role-Playing Game