At the beginning of the June, Apple announced the new music streaming service, Apple Music. The company brought Drake to the stage to talk about how the service will focus on the artist/fan relationship and allow bands to release behind-the-scenes videos and blog posts directly to the listener. As the weeks went on, more information came out about how artists will get paid and the service will be run, and many people were less than excited, including the queen of revenge songs, Taylor Swift. She took matters into her own hands and spoke out for the artist. 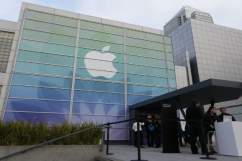 1. Apple announced that artists will not be paid during the first 90 days of a subscription.

One of the big selling points of Apple Music is a 90-day free trial for new subscribers. Three free months is pretty appealing for a service that will run the listener $9.99/month. Apple is hoping you’ll get hooked in those first three months and continue paying for the rest of the year. Though a great plan for the consumer, artists aren’t so lucky. The company announced that artists, producers and writers won’t start making money on their music until after the three month trial. While megastars like Katy Perry or Lady Gaga can comfortable support themselves without that money, independent artists need any income they can get. That is a long time to not get paid, and the American Association of Independent Music urged artists not to sign with the new service.

2. Taylor Swift wrote an open-letter to Apple expressing anger over the new policy.

A day after the new plan was announced, Taylor Swift took to Tumblr to let her fans know she is holding back her album 1989 from the service until things are changed. The letter said that Swift has always loved working with Apple, and finds it a “historically progressive and generous company.” She said she would not allow her music to be a part of the service until the policy was changed stating, “We don’t ask you for free iPhones. Please don’t ask us to provide you with our music for no compensation.”

3. Apple changed its policy in favor of the artist

We hear you @taylorswift13 and indie artists. Love, Apple

This morning, Apple exec. Eddy Cue announced on Twitter that the company heard the message loud and clear. Artists will recieve royalties during the first three months. Cue insured on Twitter that “all of the artists will get paid.” Though the outrage from indie artists everywhere peaked the company’s interest, Cue explained that Swift was the tipping point. All musicians will be paid a per-stream royalty.

I am elated and relieved. Thank you for your words of support today. They listened to us.

After the change of heart, Swift celebrated her victory on Twitter from the road of her international tour.

5. Other artists also shared support for the change on Twitter

Artists should own their work like Taylor Swift does to ensure that the rights of creators trump the might of corporations.

English singer-songwriter Billy Bragg got online to talk about the importance of owning and valuing your work.

Swift’s boyfriend and DJ, Calvin Harris, also noted how much her letter did for musicians.