These days, a smartphone is just as important as a laptop for the average student. Sure, smartphones are a great way to stay in touch with family, or blow off some steam after class by playing a game. But smartphones are also crucial for academic success, allowing students to study on the go with educational apps, cram before an exam, or even get started on their research for a term paper in situations where they couldn’t normally be productive. If you’re in the market for a new smartphone before you head back to school, here are five of the best smartphones for students.

If you’re a student in need of a new smartphone, you should check out the Samsung Galaxy S6 Edge. Launched earlier this year, this powerful smartphone boasts a lightning-fast 64 bit, Octa-core processor. It’s also a nice choice for students who can’t get near an outlet during the day, as there are power saving features built right into the phone. Other great features include a killer camera and wireless charging. For those who don’t like the design and feel of the S6 Edge, there’s always the regular S6. If you decide to get either of these phones, you should make sure to pick up a wireless charging pad so you can get the most out of your new device.

When you move your number from another carrier to AT&T, you can get the S6 Edge for $0 down. In addition, you’ll also be eligible for a $200 bill credit when you activate a new line of service with a discounted Mobile Share Value Plan with an AT&T Next plan.

Price: $0 down, price varies based on carrier and plan

Prefer Verizon to AT&T? You can get the latest Moto X for just a penny when you sign a two-year contract. The Moto X is a nice smartphone for students who are heading back to school in the fall. It has a gorgeous screen (a 1080p 5.2 inch HD display), so you won’t have to squint when you’re emailing your professor your homework at the last possible moment. The phone itself is also built tough, with a Corning Gorilla Glass display and a water-resistant coating to protect your phone inside and out. If you tend to be rough on your phone after a long night of studying or partying, you’ll be glad you picked a device that has some waterproofing.

Looking for a way to combat the Freshman 15? A fitness tracker can help motivate you to stay active. AT&T is offering the Nokia Lumia 830 smartphone with a free Fitbit Flex fitness tracker, all for no money down. Instead of dealing with the hassle of cables, you can just place your phone on a wireless charging pad (like this one). If you have been eyeing a Fitbit for a while, this deal gets you a new phone and a new fitness tracker at the same time, which is pretty awesome.

AT&T customers can get this phone for $0 down. This phone is also eligible for the $200 bill credit promotion when you port a number from another carrier. 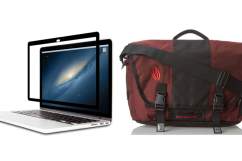 If you’re a student who wants to avoid getting locked into a two-year plan, then a no-contract smartphone is your best option. The HTC Desire 510 is available through Sprint without a contract. Plans start at $35/month, with unlimited talk and text. Data is a bit limited, but the phone itself is user-friendly, and has a pretty decent camera for a phone that’s not a flagship device. The fact that this device is over 40 percent off just sweetens the deal even more.

Many students, particularly those who travel frequently, are interested in buying phones that are unlocked. This frees a student to choose a carrier that best suits their needs, and it’s nice to own your phone outright. However, the downside of buying an unlocked phone is that you have to pay for the phone all at once, and that can mean paying $600-$700 in the case of a top-of-the-line flagship device.

Enter the new ASUS ZenFone 2, an unlocked device that will only set you back about $200 for the 16GB base model. It has a 5.5-inch IPS full HD display (made from Gorilla Glass 3), as well as some very nice cameras: 13MP rear and 5MP front.

Please note that this device is compatible with GSM Networks, including AT&T and T-Mobile, as well as cellular network providers utilizing GSM network such as Straight Talk, Walmart Family Mobile, MetroPCS, Simple Mobile, Brightspot, Net10, h20 Wireless, and Cricket Wireless. This device is not compatible with CDMA Networks such as Verizon, Sprint, and US Cellular. Basic text is offered, but not MMS, so if you are constantly texting images to friends, pick another device. However, this new phone is still a solid choice for students who want a phone that’s cheap, and still lets them feel independent.

Read More
Asus, HTC, Motorola, Nokia, Samsung, Samsung Galaxy S6, Shopping, Smartphones
wpDiscuz
3
0
Would love your thoughts, please comment.x
()
x
| Reply
If you're in the market for a new smartphone before you head back to school, here are five of the best smartphones for students.