Apple coming out with some pretty big things in the future, two new iPhones, an updated Apple TV and a new iPad. All of the devices will be out in time for the holiday season, but if you need new Apple in your life, you can download iOS 9 today. 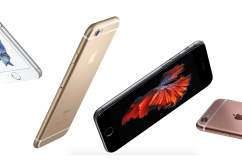 In the past, updates were difficult to enjoy if you had an earlier model of a phone. The company heard these complaints and finally made an update that won’t mess up an older phone. In fact, it can optimize devices that go as far back as 2011.

2. Comes With an Increased Battery Life

One of the biggest complaints about iPhone 5 users is that the battery life seriously started to decrease after a few months. Though the 6 and 6 Plus promised to do better, some customers still found themselves charging in the middle of the day. iOS 9 simplified key functions so they use less battery and added a power-saving mode that will go into effect if the phone senses it is in a pocket or face down on a table. You are expected to receive an hour more of life.

3. The Update Doesn’t Take Much Storage

Users of iOS 8 complained that it took up a good amount of storage on the 16 GB device, but 9 will be different. The update will only need 1.3 GB on your phone instead of the 4.58 GB 8 was using. This clears up a lot of space for photos, videos and apps and will make everything run smoother.

After Google’s impressive ‘personal assistant’ feature, it’s no surprise Siri is getting a makeover. Instead of hitting the Home button and waiting until Siri is listening, all you have to do is say “Hey Siri,” followed by your question and she will respond. Luckily your Siri will know your voice so you don’t have ten phones answering in a Starbucks. This process will make getting your questions answered much faster.

5. You’ll be Able to Look at Screens Side-by-Side

Probably one of the coolest features is the picture-in-picture view. Now you can have an email up on the left side of the screen and maps on the other to make planning a night out easier. Now if you want to switch apps, you can just hold down on an address or date and maps or your calendar will be pulled up until you let go of the screen. Unfortunately this feature is only available for iPad, but we wouldn’t be surprised if it is rolled out for the iPhone 6S over the next few months.