Black Friday is an excellent time to score a cheap TV. Probably the best place to shop for them is Amazon, where they’ve been running great deals great deals all week. The deals on Black Friday itself promise to be even better.

If you don’t happen to pick up a TV with Roku integrated into it, the Amazon Fire TV Stick is $24.99 today, down from $39.99. While you’re at it, you might as well revamp the whole entertainment center with the Sony HT-CT370 2.1 Channel 300W Sound Bar with Wireless Subwoofer, which is 43 percent off as of this writing.

Elsewhere, I’ve been posting Black Friday deals on laptops and pets, if those items are on your Christmas list, too.

In the meantime, if you’re in the market for a new HDTV, we’ve compiled five of the best Black Friday deals available now:

Update 3, 1:00p Eastern: Amazon has switched to a third-party seller for this unit, so we imagine that their supplies are exhausted and the price won’t drop again. The Upstar P32ES8 32-Inch 720p LED TV is on sale for $149.99, if you’re looking for something below the $200 threshold. Additionally, Prime members claimed a Lightning Deal that dropped the price of this Avera 32AER10 32-Inch 720p LED TV to $75 from $129.99. It’s possible that this could drop again, so if you’re not a Prime member, you might consider a 30-day free trial in order to catch the next offering.

TVs with Roku built right into them are becoming increasingly popular. The Roku 4 costs $129 by itself, so getting the functionality for a bargain as part of your TV is the way to go. Sure, this is only 720p, but it offers a 120Hz effective refresh rate. This is a great second TV, but will serve most people well as their main unit.

Samsung displays are among my favorite, and judging by the fact that this model is the #1 best seller in Amazon’s LED & LCD TV category, I’m not alone. This one is full 1080p HD, and includes built-in wifi for media streaming. At 40 percent off list, this is a steal.

If you don’t require any built-in functionality like wifi or Roku, but you want a slightly larger TV, this LG could be a good option for you. If you simply want to scale up or you want a wired solution for a guest room, this is still a lot of TV for the money. The 4.8 rating seems to support the case for this one.

If you’re really looking to scale up, you could consider this Samsung 60-inch unit. This one includes wifi connectivity, as well as a 120Hz refresh rate. It offers 4 HDMI and 3 USB inputs. You could also scale up even further and consider the 75-inch model. 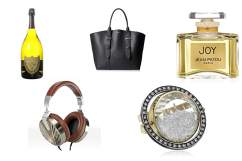 Amazon’s press released indicated that a 32-inch 1080p Samsung LED TV would sell for $177.99 on Black Friday. This is the closest we can find at this time, but we’ll update the price if we’re right about this model. This is a fairly basic TV with no additional built-in functionality. Still, at this price, it’s hard to pass up. It’s a great little TV selling at a steep discount that could get even better. 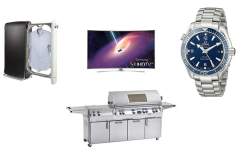 Read More
Black Friday, Christmas, Gifts, Shopping, Television
If you're in the market for a new HDTV, we've compiled five of the best deals on Amazon this Black Friday.