1. Demonii Tracker Is Gone And It Isn’t Coming Back

Demonii has disappeared without any official word from its operator, TorrentFreak reported. However, TorrentFreak also reported that a source close to Demonii said the tracker will not be returning. Demonii was named in tribute to the Demonoid private tracker.

2. The Tracker’s Shutdown Is Connected to YTS/YIFY’s Settlement with the MPAA

hris Dodd, chairman and CEO of the MPAA, attended CinemaCon, on April, 21, 2015 in Las Vegas, Nevada. Demonii’s shut down is connected to the MPAA’s lawsuit against YTS/YIFY. (Getty)

The shutdown of Demonii is connected to the settlement that YTS/YIFY made with the MPAA. Demonii has been run by the same collective that ran YTS/YIFY, IBTimes reported. The anonymous operator of YTS, who’s located in New Zealand, has made a settlement with the MPAA following the threat of a multi-million dollar lawsuit. The YTS.to domain has already been handed over to the MPAA, and it’s not clear if the same will happen with Demonii’s domain. You can learn more about the YTS shutdown here:

3. Demonii Was the Largest BitTorrent Tracker in the World

Demonii had risen the ranks to become the largest torrent tracker in the world, with more than 50 million peer requests and more than two billion connections a day, TorrentFreak reported. It was a young tracker, created in 2013, and exploded quickly in popularity.

Trackers work similarly to a DNS provider, TorrentFreak explained, by pointing people to content without knowing what the content is. They help downloaders and uploaders connect. In other words, trackers like Demonii connect people who share files on sites like PirateBay, but don’t actually offer torrents themselves, TheNextWeb reported.

This isn’t the first time Demonii has run into legal issues. In May, the site banned over 10,000 torrent hashes because of copyright infringement. The site’s hosting company had insisted the files be removed, and Demonii switched to a different hosting company shortly after, TheNextWeb reported. 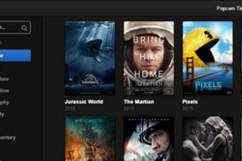 4. Other Trackers Will Likely Take Its Place

As has happened in the past, other trackers will likely take Demonii’s place. TorrentFreak reported that among these may be OpenBitTorrent and Coppersurfer. Users on Reddit suggest DHT as an option. But how long these will last is anyone’s guess. The MPAA is coming down hard on anything related to torrenting copyrighted movies, which is illegal. If you want to access movies legally, you can subscribe to services like Hulu, Amazon Prime, or Netflix.

5. This Comes After the MPAA Shut Down Popcorn Time and MovieTube

MovieTube was another service shut down by the MPAA. (MovieTube)

This latest shutdown comes after a year of the MPAA going after the biggest suppliers of torrented content. MovieTube was shut down earlier this year (you can read about that here.) The most popular fork of Popcorn Time, PopcornTime.io, was also shut down. And YTS along with its YIFY service were shut down permanently. New sites like YTS.ag have cropped up, but they are not the original operator.