Weedmaps is going to get a huge boost in visitors with the legalization of medical marijuana in Illinois. (Facebook/Weedmaps)

With Illinois allowing sales of legal medical marijuana for the first time starting today, more people are expected to turn to services like Weedmaps to find dispensaries. Weedmaps is a community that connects medical marijuana patients in legal states with dispensaries, allowing written reviews and chats in online forums. However, at the time of publication, no Illinois dispensaries have registered yet with the multi-million-dollar website. Weedmaps is also involved in marijuana advocacy, it sponsors a cannabis variety show, and the CEO, Justin Hartfield, often speaks out about other issues such a cryptocurrency.

1. The Sale of Medical Marijuana in Illinois May Bring More Visitors to Weedmaps 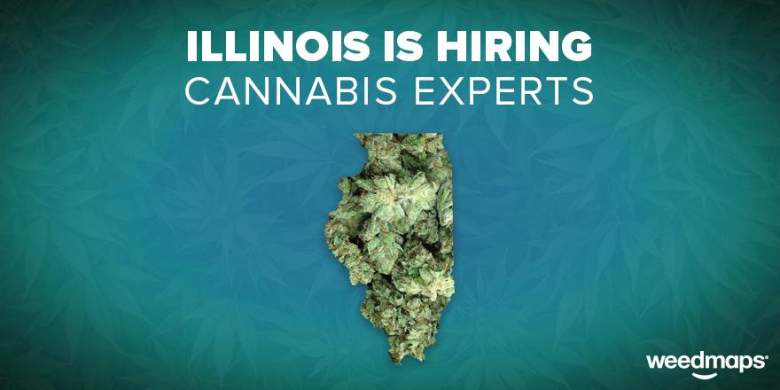 Medical marijuana is legally for sale for the first time in Illinois. (Facebook/Weedmaps)

Beginning today, medical marijuana can be sold in Illinois for the first time, even though the legalization laws came into place back in 2013, Fox 32 Chicago reported. It’s taken the last couple years to get the laws in place and a system set up for sales. On Friday, Illinois gave the go ahead for cultivation centers to ship medical marijuana. Sales will start with at least eight dispensaries, including four in Chicago, such as EarthMed in Addison. About 3,300 patients qualify so far and have received ID cards, the Chicago Tribune reported.

Because of experiences in other states, there are some concerns that dispensaries will run out of products. This is where Weedmaps comes in. The site keeps a directory of dispensaries that have registered with Weedmaps. Patients can register for free. So far, since legalized sales are so new, you won’t be able to find any dispensaries listed on Weedmaps. But this is expected to change soon.

2. Weedmaps Has Directories of Dispensaries in Legal States, Along With Reviews 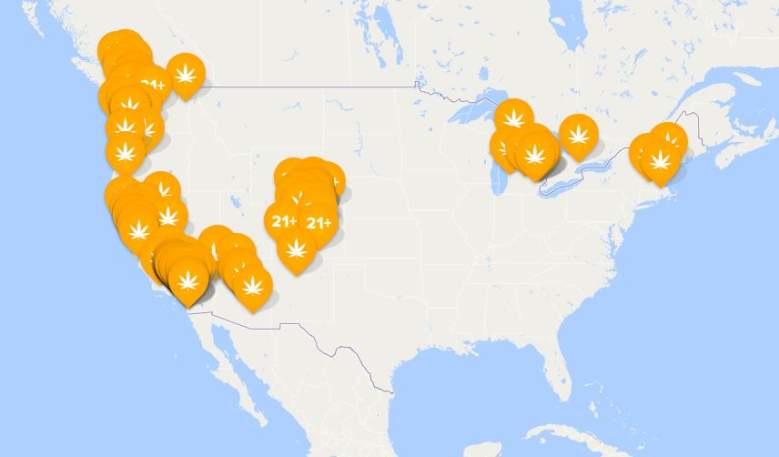 Screenshot of a directory map on Weedmaps. (Weedmaps.com)

Weedmaps has detailed online directories of dispensaries in states where medical marijuana is legal. If you visit Weedmaps and your current location is in a state where marijuana isn’t legalized in any form, you’ll get a message stating that your state hasn’t legalized marijuana yet, along with a website for learning more about advocating for legalization.

Meanwhile, the site itself has a map with detailed information about dispensaries, including their hours, websites, and locations. Visitors can rank the dispensaries and leave reviews, similar to how Yelp works. They can also join forums where they talk about different strains of cannabis and rate them for various medical maladies. 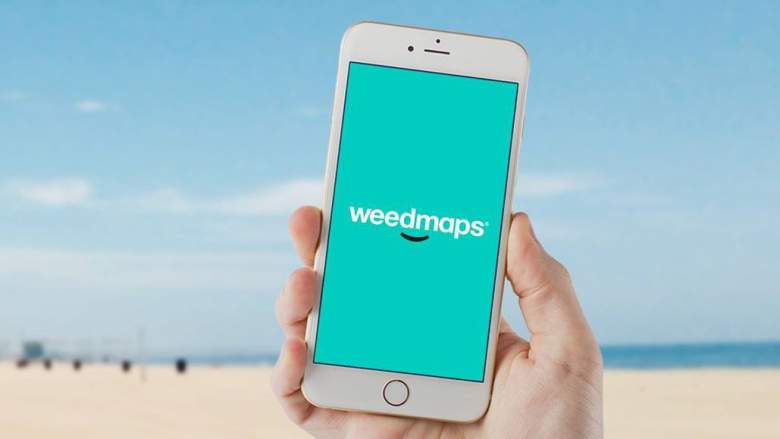 The site brings in millions through clinic registrations. (Facebook/Weedmaps)

The business is doing incredibly well. Back in 2013, it was reported that Weedmaps was generating more than $1.5 million a month in clinic listing fees, along with 50,000 unique visitors a month, Tekkek reported. This averaged out to $50,000 in gross revenue a day. Rates for clinics range from $295 a month to over $1,000, depending on the amount of information the dispensary wants to display. In 2014, the revenue had jumped and Weedmaps was expecting to top $30 million in revenue that year, MJBizDaily reported. The growth hasn’t been without its challenges. Justin Hartfield, the CEO, has said that the company has to compete with Google or Facebook for top talent because of its size. He said there’s also a stigma with potential employees’ being worried about what working for Weedmaps will look like on their resume.

Hartfield said the business tries to fight back against the stigma. For example, the company’s logo is a happy face. He told Mashable:

That’s why our logo’s a smiley face. That’s what happens after you smoke – you can’t help yourself, you have to smile.”

4. Weedmaps Is Heavily Involved in Advocacy, Although It Doesn’t Always Work Out 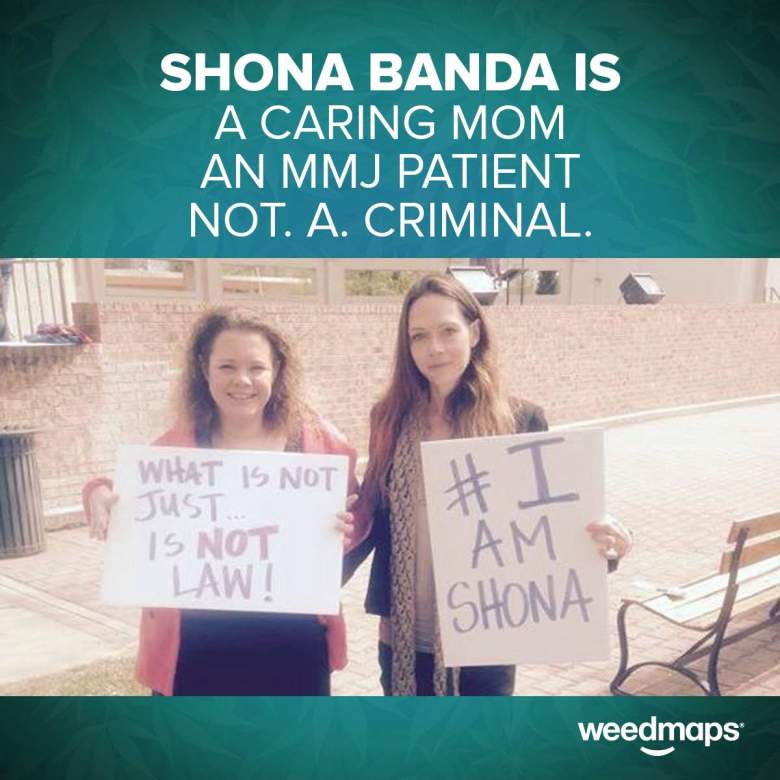 Weedmaps often promotes marijuana advocacy, such as this photo which was posted on its Facebook page. (Facebook/Weedmaps)

Weedmaps is heavily involved in advertising and advocacy. However, the company’s initiatives aren’t always easy to achieve. In 2014, Hartfield tried to run a video ad in Times Square and it was pulled at the last minute by CBS Outdoor, MJBizDaily reported. This was disappointing, but Hartfield doesn’t let setbacks stop him. Weedmaps owns a tour bus that visits legal and “legally challenged” states, promoting the benefits of legalization, Marijuana.com reported. The company also sponsors a marijuana variety show called “Cannabis Infused Talk and Variety Show.” Hartfield will also speak out on other technology questions that center around current events. For example, he recently spoke with Cryptocoins News and said that he didn’t think bitcoins were a good idea for his industry because the cannabis industry needs to get out of the shadows and into the light. 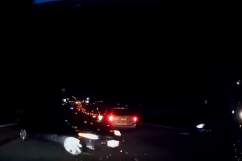 5. The CEO, Justin Hartfield, Also Runs a Think Tank And He’s Been a Webmaster Since He Was Twelve

Justin Hartfield is the CEO of Weedmaps. (LinkedIn)

Hartfield has been a webmaster since he was 12. Weedmaps wasn’t his first venture. In fact, he’s had a few that failed, Fast Company reported. It’s not known exactly what Hartfield’s net worth is, but since he’s running a company that’s making at least $30 million a year, it’s safe to assume he gets a pretty good paycheck every month.

But Weedmaps isn’t all Hartfield’s involved in. He runs The Prometheus Institute, a non-profit think tank that focuses on using technology to engage America’s youth, according to his .Me profile. He also takes time out for a personal life. He’s married to his wife, Melissa, lives in California, and they enjoy fantasy football, swimming, golf, and philosophizing.