Dave Kleiman is suspected of being one of the two Bitcoin founders. He died in 2013. (LinkedIn)

Dave Kleiman, an American forensics expert, may be one of the two Bitcoin founders, according to reports released by Gizmodo and Wired. But some experts don’t believe that Kleiman, who died mysteriously in 2013, or Craig Wright are really the infamous “Satoshi Nakomoto” who founded the cryptocurrency. Kleiman died destitute and living in squalor, despite possibly having millions in Bitcoins at his disposal.

1. Kleiman and Wright May Have Created Bitcoin Together

Both Wired and Gizmodo broke stories from separate investigations, suggesting that Craig Wright (pictured in the video above) may have created Bitcoin. Although the Wired story only briefly mentions Kleiman, Gizmodo’s story indicates that he may have been right by Wright’s side, just as much of a Bitcoin creator as Wright himself.

The founder of Bitcoin has been known only as “Satoshi Nakomoto,” and attempts by media to uncover his identity before ended up being wrong. The two publications list numerous posts on Wright’s blog as evidence, along with leaked emails, transcripts, and accounting forms that they both received. According to Gizmodo, one of Wright’s emails to Kleiman in 2008, months before Nakomoto’s whitepaper about Bitcoin, discusses a new form of electronic money and adds:

2. Kleiman Was a Veteran, a Police Detective, and Confined to a Wheelchair After an Accident in 1995

Kleiman was only 28 when he was paralyzed from the chest down after a motorcycle accident in 1995. At the time, he was working for the Palm Beach County Sheriff’s Department as a detective. He was off duty when the accident occurred. 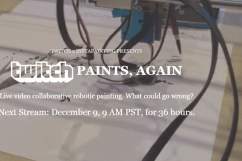 3. He Died Destitute in 2013, Despite Possibly Having Millions in a Bitcoin Trust

In 2013, Kleiman died after suffering infected bedsores that turned into MRSA, Gizmodo reported. He had been hospitalized and left against doctor’s orders after three years of treatment. The infection spread to his heart just three weeks later. You can read his obituary here.

When he died, Kleiman was destitute, living in squalor. He owned a $155,000 home on Riviera Beach, but it was facing foreclosure, New Times reported. He had already been dead for awhile when his body was found, and he was found next to a handgun and empty liquor bottles. Bloody feces were on the floor and there was a bullet hole in his mattress. However, there was no indication of suicide.

Gizmodo has documents that suggest Kleiman may have had hundreds of millions in a Bitcoin trust, despite the destitution he was found in after he died. An unfinished legal contract that hasn’t been authenticated suggested Kleiman received more than 1 million Bitcoins and was to return them to Kleiman in 2020.

4. Kleiman Kept a Mysterious USB Drive on Him at All Times

Did the now deceased Dave Kleiman have a hand in the early creation of #bitcoin ?https://t.co/nPFSzm0Z1T

Kleiman was a partner in a business called Computer Forensics, LLC, located in Palm Beach County. The business is still run by Patrick Paige and Carter Conrad, Gizmodo reported. They said that they got some strange emails from Wright after Kleiman died. Paige added that Wright eventually told him that Kleiman was part of a group that had created Bitcoin. Paige wasn’t sure if he believed it, but he said that Kleiman kept an aluminum-encased USB drive on him at all times and “I guarantee that drive has some shit on it.” Kleiman’s brother took the drive after Kleiman died.

5. Some Believe the Wright/Kleiman Theory Is an Elaborate Hoax

We assess that Craig S Wright is unlikely to be the principal coder behind Bitcoin. e.g during 2011 CSW authored https://t.co/nRnftKPjm9

Some people believe this is all an elaborate hoax created by Wright himself. Wired mentioned that Wright edited three “smoking gun” posts in his blog after 2013 to add information about his bitcoin history. Even a post about bitcoin’s beta launch might have been edited or even written for the first time in 2013 or 2014. Wired mentions that the deception would be elaborate, since some of the “breadcrumb” posts added to Wright’s blog would have been made 20 months ago.

Gizmodo reported that Shyaam Sundhar, a computer security expert who wrote a paper with Kleiman and Wright in 2008, doesn’t believe either one created Bitcoin. However, Australian police raided Wright’s home hours after the stories were released, although police claim the raid was because of tax issues and had nothing to do with Bitcoin.

Meanwhile, WikiLeaks has tweeted that after assessment, it does not believe Wright was the principal coder behind Bitcoin, but may have had some role. However, the account didn’t say anything about Kleiman. 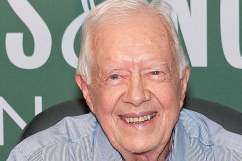