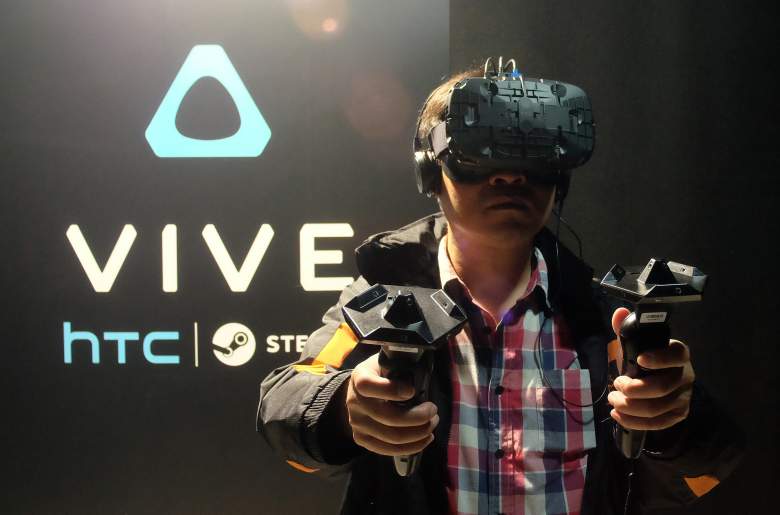 A fan wears a HTC Vive headset and holds two sensors in December 2015. This is the older version, not the HTC vive Pre. (Getty)

Vive fans were eagerly awaiting a “breakthrough” announcement about HTC’s virtual reality headset at CES. The big announcement ended up being a little anticlimactic, but demos of the new technology are still pretty exciting. So what exactly was the big breakthrough that HTC was hinting at? 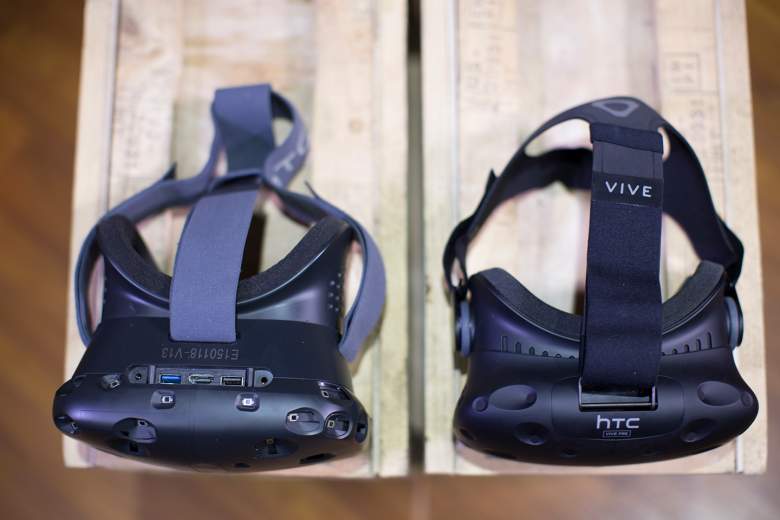 This photo shows a side-by-side comparison of the Vive dev kit and the Vive Pre. It was shared on Reddit by GalacticInquisitor. (Reddit/Imgur)

Although some people are still debating whether the big breakthrough for Valve and Vive was announced, it has been. You can see in the demo video in the Tom’s Hardware article, at 2:22, that an employee confirms the big breakthrough involves camera changes and mura correction. More specifically, the big breakthrough is a camera mounted on the lower front of the HMD, Tom’s Hardware explained. While you’re wearing the VR headset, the camera brings real objects into view. It extends the chaperone system for mapping the room. Tom’s Hardware said this couldn’t truly be viewed as alternate reality. The camera lets the Vive show a blue wireframe outline of objects in the room, which some are calling “Tron mode.” You can enable Tron mode by double tapping the button on the controller below the track pad.

Other changes to the Vive Pre were comfort-based, such as a brighter screen, a smaller headset, and a better headstrap. The brighter display improves optics and adds mura correction.

The controllers are also redesigned for performance and feel. The lighthouse base stations are now smaller with better tracking abilities.

UploadVR reported that the “breakthrough” wasn’t really a breakthrough at all, but more of an improvement. That reporter didn’t seem happy about the hype.

This Demo Video Shows Some of the Vive Pre’s Features

The video shown above is a rare demo of the HTC Vive Pre unit. You may be more familiar with Tom Hardware’s demo, but this one gives you an alternative look at the new technology. Recorded by ThioJoeTech, he commented about the video on Reddit. He said there were no stutters with the controls, but it seemed like there were some tracking issues and a jump/jerk every once in awhile. He added that the outlines were clearly 2D projections, due to a single camera, but they appeared to be 3D objects. When he was sitting down and chaperone was turned off, he could see an outline of his lower body.

About 7,000 developers will be getting an HTC Vive Pre unit later this month, Tom’s Hardware reported. Exactly how a developer can be one of the lucky 7,000 isn’t yet known, as HTC says it’s still figuring out those details. Developers who have worked with previous kits will get priority.