Is #EsuranceSweepstakes for real? (Twitter/Esurance)

Is #EsuranceSweepstakes real or a scam? Are they really giving away $250,000 by noon on February 8? Or is this another Twitter scam that everyone’s falling for? If you’ve been on Twitter at all in the past day, you’ve seen about a million hashtags labeled #EsuranceSweepstakes. Is everyone falling for a trick or is this whole thing real?

First and most importantly, #EsuranceSweepstakes is REAL. Yes, they really are giving away $250,000. Right now, @Esurance on Twitter is running a legitimate contest where they will randomly choose someone who has retweeted or tweeted a message on Twitter with #EsuranceSweepstakes to win $250,000. With so many fake Twitter contests out there, especially around Powerball time, it’s hard to know what’s real and what’s not. But the #EsuranceSweepstakes contest is real. They even ran an ad for it during the Super Bowl.

1999: The last time Denver won the big game. And the year we started saving you money. #EsuranceSweepstakes #SB50 pic.twitter.com/ugbzgQ9xtf

All you have to do is retweet an @Esurance tweet about the contest, or anyone else’s tweet, as long as it has the hashtag #EsuranceSweepstakes in it. You can also quote someone’s tweet with the hashtag, or write your own tweet that contains #EsuranceSweepstakes. You might even notice a bunch of people retweeting your message, because they’ll be entering the contest that way too. Each time you send out a message with the hashtag, you’ll get another entry in the contest.

You can even tweet this story, with the message “#EsuranceSweepstakes” in the tweet, and be entered in the contest.

However, there’s one more thing you have to do. You must be following @Esurance in order to win. (Or, you’ll need to have your Twitter set so you can receive direct messages from @Esurance or anyone on Twitter.) This is because @Esurance must be able to reach you by direct message in order to let you know that you won, or you might forfeit the prize.

And there’s still one more catch… According to the rules (which are here), you must be monitoring your Twitter account for any messages or tweets from Esurance about your win. If you don’t respond promptly, they might give the prize to someone else. 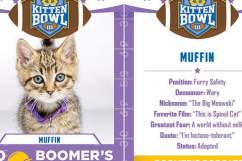 Can You Adopt a Kitten in the Kitten Bowl?

Esurance announced that they will be back on Twitter at 10 am Pacific (which is noon Central) on February 8. The official rules state that the last part of the contest, which is for the big prize, runs until 11:59 pm Pacific on February 8. The rules also say that the drawing for the last contest will be made at 8:00 am Pacific on February 9 and the winner will be contacted on Twitter within two hours of the drawing. If you enter, you should probably monitor your Twitter account throughout the day on February 8 and 9, just to be on the safe side in case any other prizes are given out.

You will want to read the official rules yourself to make sure you’re doing everything that’s required to win. You don’t want to make a small mistake and miss out on the big prize.

Who Has Won So Far?

Esurance held another contest on Twitter a little earlier on Super Bowl Sunday where they gave away $50,000. We know of at least three people who received those prizes and posted their thanks on Twitter. The first message is above. Here are the other two winners: 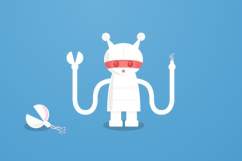 Is Twitter Down? Here’s a Fix That Can Help

Some People Are Taking the Contest Very Seriously

Some people have tweeted and retweeted about #EsuranceSweepstakes so much that they were temporarily put in “Twitter jail” and couldn’t tweet at all for awhile. Meanwhile, other people created bots to automatically tweet their entries. One person even has a countdown running on his Twitter that lists the number of times he’s tweeting and posts multiple Tweets a minute. As of 4 am Central time, he had around 1,740 entries. (It’s not known if he was using a bot or not.) The rules specifically state that you can’t use a bot to enter the contest or you’ll be disqualified, so just send out your tweets the old-fashioned way.