If you want a speaker that can do more than play your favorite songs, Amazon has you covered. The company offers the Echo, a smart home speaker that you simply activate with your voice, even from across the room, and the Tap, a portable Bluetooth speaker that doubles as a digital assistant once it’s activated with a tap. The Amazon Echo was introduced in 2014 and remains a popular choice in the world of home audio speakers. The Amazon Tap was introduced in March 2016 and has already proven to be much more than your average outdoor speaker.

Whether you’re trying to decide between the Amazon Echo and the Amazon Tap or you simply want to learn more about the two devices, read on to find out more about the popular speakers. Another option is the newly introduced Amazon Echo Dot, which is currently only available to Amazon Prime members. Amazon’s latest device is smaller than the Tap and Echo yet offers many of the same features.

Alexa is the brain behind both the Amazon Echo and  Amazon Tap. The cloud-based voice service continues to get smarter with time. To use the Echo, wake up it up by saying “Alexa,” at which point the Echo comes to life and responds to your requests. You don’t need to stand next to the Echo to activate it — the device can hear you even from across the room.

In contrast, you can activate Alexa on the Amazon Tap by pressing –tapping– the microphone or hitting the “Talk” button. Once both devices are activated, they will respond to your requests in a similar manner. Simply command your device to play your favorite songs, add items to your grocery list, or complete another task and your requests will be processed in the cloud.

The Amazon Echo can hear your questions and requests from any direction, even if music is playing, thanks to far-field voice recognition. The device also has seven microphones with beam-forming technology and noise cancellation. Amazon Tap requires an internet connection with the Alexa app, either on a mobile device or web browser, to operate. The Alexa app is available for iOS, Android, and Fire devices.

One distinguishing feature between the Echo and Tap is that the Echo needs to be plugged into a wall, while the Tap runs on battery power. If you want a portable Bluetooth speaker, the Tap is your best bet. The Tap gets several hours of continuous playback on a single charge. Alexa also alerts when the battery is running low. An included charging cable makes recharging simple.

You don’t have to stick with the Amazon theme when it comes to listening to music through Echo. The device offers Amazon’s own music, including Prime Music, as well as popular music streaming services such as iHeartRadio, Spotify, and Pandora. Echo is also Bluetooth-equipped so that you can readily stream music from your mobile device. Another handy feature is 360-degree omni-directional sound technology, which fills the entire room with sound.

Echo continues to evolve and grow smarter.  Music aside, you can use the Echo to control switches, lights, and thermostats around the house. The Amazon Echo is compatible with smart home devices such as WeMo, Nest, and Wink. You can ask the Echo to order your favorite food, add items to a grocery list or calendar, and even request a ride through services such as Uber.

Amazon Tap also floods any room with sound thanks to the same 360 degree audio technology found in the Echo. The speaker is small and portable, allowing for simpler travel regardless of method or distance. It also comes with an optional carrying sling. Two stereo speakers provide clear vocals and a solid bass response. The Amazon Tap is also Bluetooth-enabled and can stream music directly with WiFi or through a mobile device hot spot on the go. The device shares the same selection of music streaming options as the Echo.

The Amazon Echo costs $179. If the price sounds a bit high up front, consider what you’re getting for the price. The Echo is the first voice-activated smart home speaker of its kind. It’s been around since 2014, yet the Echo doesn’t appear dated or stale. This is due in large part to its cloud-based operation, which keeps it current over time. The user-friendly Echo isn’t overly complicated to set up or use and is a reliable digital assistant that will promptly respond to your commands even in a crowded or loud space.

The Amazon Tap costs $129. In a rapidly growing segment of outdoor speakers, the Amazon Tap stands out for its Alexa Voice Service and easy portability. The speaker is a great investment if you’re looking for a portable Bluetooth speaker that can also act as your assistant. Weighing in at just over one pound, carrying the speaker from one place to the next is also a breeze. Your favorite songs won’t get lost or distorted in the outdoors (or indoors) as the speaker offers surround sound. 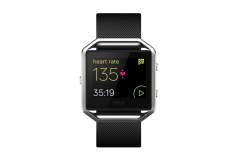 Sometimes, seeing a list of pros and cons can help make your purchasing decision easier. You may find that you prefer to spend more for certain features, or that the product you’re considering lacks a specific must-have feature. The Amazon Echo has been on the market for two years and continues to distinguish itself for features such as Alexa and reliable voice recognition, even if the room is crowded. In contrast, the Amazon Tap was recently introduced and responds via the touch of a button rather than a name. Each product has its own list of pros and cons to consider.

The Amazon Tap is smaller and more portable than the Amazon Echo. However, it shares many of the same features, including Bluetooth connectivity and a cloud-based service. Despite its smaller size, the Tap can still fill a room with sound as it has 360 degree omni-directional audio. If you’re considering the Amazon Tap, here are some of the most notable pros and cons. 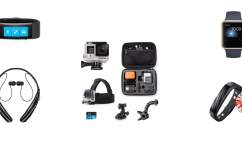