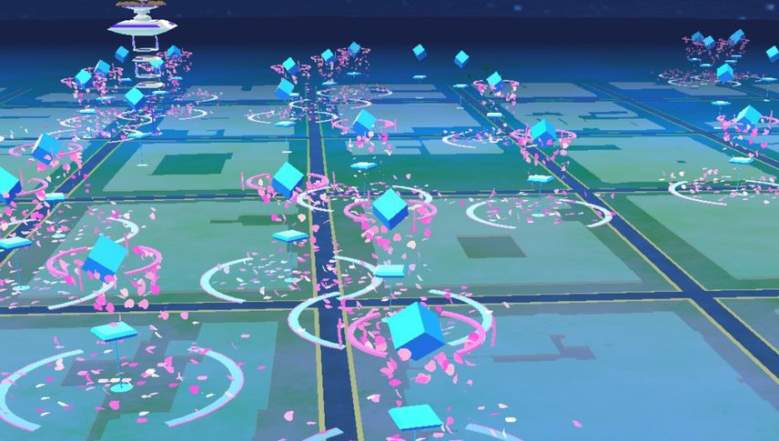 A view of a very lit Pokemon Go landscape at Comic-Con. (Reddit)

Where are the best places to catch Pokemon at the San Diego Comic-Con? We have all the best spots mapped out for you right here. Some people have been worried about problems with app crashes and logouts trying to play at the Convention. So far reports have been that play has been smooth, although a few people have reported some server issues and lag times. So if you’re at the biggest Comic-Con in the world, where can you go to get the best Pokemon?

Trainers are reporting some very interesting findings about the best places to get Pokemon around the Convention Center. and in San Diego. The good locations include:

Redditors put together a great list of Nest locations in San Diego. This is what’s been listed so far, but you can find an updated list here. And one Redditor is putting together a map of rare Pokemon in a separate thread, which you can see here.

At the Ferry Landing in Coronado, you can find a Squirtle nest. The Redditor has found this at least six times, before 7 p.m., including a Wartortle and a Blastoise sighting. Another Redditor found random Squirtles at the Embarcadero Marina Park North, but noted that they can be hard to find.  However, a different Redditor had an easier time finding them there, noting there were two spawn spots, one inside the triple Pokestop and one down the Boardwalk to the east by about 50 meters. You may also find them at J Street Chula Vista across the Pier, where there are two Pokestops next to each other and two gyms.

At La Jolla Cove, mainly in Scripps Park, you can find a Scyther nest, confirmed more than 10 times, most commonly seen at night but sometimes in the daytime too. Another Redditor confirmed the same thing, at the Children’s Pool. You can also find them at the playground in Coronado, by the softball park, and at North Park Community Park. They may also be located at Admiral Baker Golf Course and the UCSD Pangaea Parking structure. If all these locations aren’t enough, try Dusty Roads Dog Park in Ocean Beach.

At Torrey Pines’ Guy Flemming Trail, you can often find Pincers in the early evening. You can also find them along Torrey Pines beach, near the end of the state reserve in the morning. Pincer’s apparently pretty common around Torrey Pines all times of the day.

At the UCSD Sun God Statue, Dratini have been found seven times during the day. They’ve also been found at Embarcadero Park, where there are two spawn spots, one inside the triple Pokestop and one down the Boardwalk to the east by about 50-meters.

At Allied Gardens, south of the parking lot and near the tree, Jynx has been found five times both during the day and at night. You can also find Jynx at Mission Trails near the paved path at the Visitor’s Center. Jynx can also be found at Mt. Soledad Memorial in the early evening, and at Horton Plaza Park during the day where at least 12 have been caught. Jynx have been reported at Linda Vista Community Park, near a Pokemon gym, too. Another location is at Rancho Penasquitos, Views West Park and Sundance Park. They’ve also been spotted at the west side of the Spanish Landing Park. It seems Jynx are pretty common in the San Diego area.

Check out SDSU, about 25 feet from the southwest corner of Love Library, for Hitmonlee at night. There are also tons, according to one Redditor, by the Lakeside Library and Lindo Lake. You can also find them at 4th and Cedar. Embarcadero Marina Park North also has them toward the middle and end of the park rather than the entrance.

Embarcadero Marina Park North can attract Magikarp when lured at Pokestops.  An Instagram account for Pokemon Go trainers announced that you can sometimes find Magikarp at University Heights. You may also find them at J Street across the Pier, where there are two Pokestops next to each other and two gyms.

You can find Bulbasaur at Heritage Park, 4S Ranch. You may also find them at J Street Chula Vista across the Pier, where there are two Pokestops next to each other and two gyms, but they are rarer there.

These have been spotted at SDSU five times, but only after 7 p.m.

You can find these throughout Belmont Park. One Redditor’s found them 10 or more times each, always between 5 and 9 p.m. Another Redditor found them at Del Mark Beach and Powerhouse Park, near two Pokestops after 10 p.m.

The Ski Beach Park is home to Lickitung, which may spawn all day.

You might find them at J Street Chula Vista across the Pier, where there are two Pokestops next to each other and two gyms.

These can be found at Mission Beach, on either side of the public restroom south of Draft, according to one Redditor.

You may find them at J Street Chula Vista across the Pier, where there are two Pokestops next to each other and two gyms.

Check out Ocean Beach Dog Park for these, where one Redditor has been twice and seen six total, up to four together at a time.

You may find them at J Street across the Pier, where there are two Pokestops next to each other and two gyms. They’ve also been spotted at Big Rock Trail, the trailhead at the end of Mesa Road.

Let’s face it, the Convention Center area is covered in lures and Poke Stops. One trainer reported that the closest intersections on Park Blvd. were consecutively giving Ponytas, where he caught eight in a row. He also reported that the walkway to the Convention Center, going to the main Lobby of the Marriott, produced Pidgeot, Kabutos, Tentacool, Hitmonlee, Poliwag, and Dratini.

Balboa Park is always a great place to catch Pokemon. One night recently, a Venusaur spawned at the end of the Koi Pond.

Meanwhile, if you want to drive out about 30 minutes or so, Escondido is a good place to go too, near the Performing Arts Center. According to a Reddit thread, just walk through Grape Day Park, City Hall, and Kit Carson Park for some great stops and finds.

You may also want to try attending a Pokemon Go meet up in San Diego during the Convention. One meetup will take place in Balboa Park on Saturday starting at noon local time. Another one will meet at Roy’s behind the Convention Center (333 W. Harbor Dr.) in San Diego at 7 p.m.

If you’re still looking for good spots, check out the Poke Radar for a Google Maps clone that shows the best places to catch Pokemon. 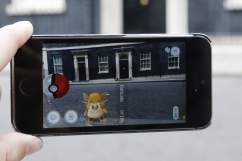 ‘Pokemon Go’: Where Are the Comic-Con Meet Ups?