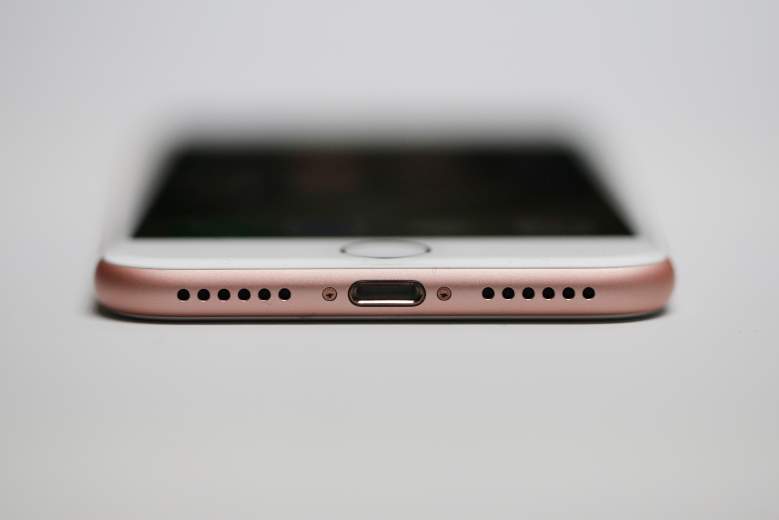 Apple announced this week that the iPhone 7 will not have a headphone jack like the previous models. (Getty)

During their keynote address on September 7th, Apple finally provided details about the upcoming iPhone 7, which they revealed will not have a headphone jack. That standard 3.5 mm jack has been replaced with the lightning port, the slot on the phone where users with an iPhone 5 and above plug in their charger.

This has been a controversial idea ever since the lack of a headphone jack was rumored several months ago, with some saying it would create an unnecessary hassle for consumers and with others saying that it’s great to see Apple doing away with such old technology.

Here’s everything you need to know about the iPhone 7 and how using headphones with it will work.

1. There Will be a New Pair of Wireless Earbuds 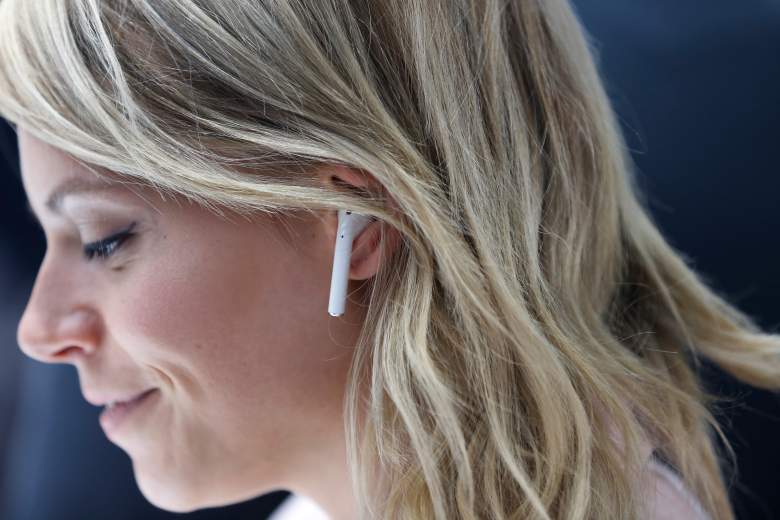 At this September 7th keynote, Apple really emphasized the importance of wireless headphones, saying that they want to make the wireless experience absolutely optimal for users.

After the launch of the iPhone 7, then, Apple will be releasing a pair of headphones called the “AirPods.” These look quite similar to the existing Apple headphones, but with absolutely no wires and with a built in Apple W1 chip.

The headphones detect when they are in your ear, so they only play when you’re ready to listen. You can also tap them to access Siri, and they will seamlessly switch between your iPhone, iPad, Mac and Apple Watch.

The battery will last for five hours. However, they also come with a charging case that gives you three hours of juice after charging for 15 minutes.

Weirdly, though, despite Apple spending so much time discussing the AirPods as part of the iPhone 7 experience, they won’t actually come with the iPhone 7. Instead, they will be sold on their own for $159 starting in October.

2. Headphones Will Now Connect Through the Lightning Port 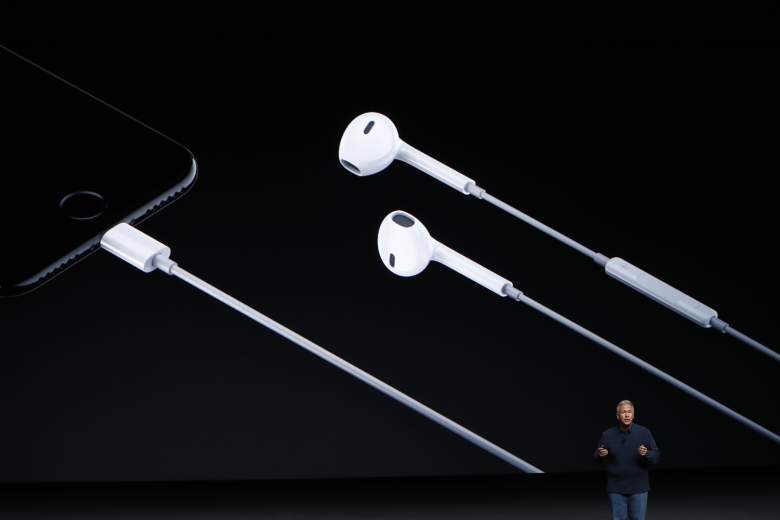 The iPhone 7 will come with a pair of standard headphones which connect through the lightning port, not a headphone jack. (Getty)

If you don’t choose to fork over $160 for the AirPods, how can you listen to music on the iPhone 7?

Apple said today that they always intended the lightning port to be great for audio, and they cited the number of headphones that already exist and that connect to the device using this port.

They also argued that lightning headphones produce much better sound than those that run through the traditional headphone jack. Consumers who rather not use wireless headphones like the AirPods can purchase headphones that connect via the lightning port, many of which are already being sold. As well, the iPhone 7 comes with a pair of standard Apple lightning headphones.

It was clear from the conference that Apple believes the lightning port is the future, and they hope consumers will get on board with it.

3. The Phone Comes with an Adapter 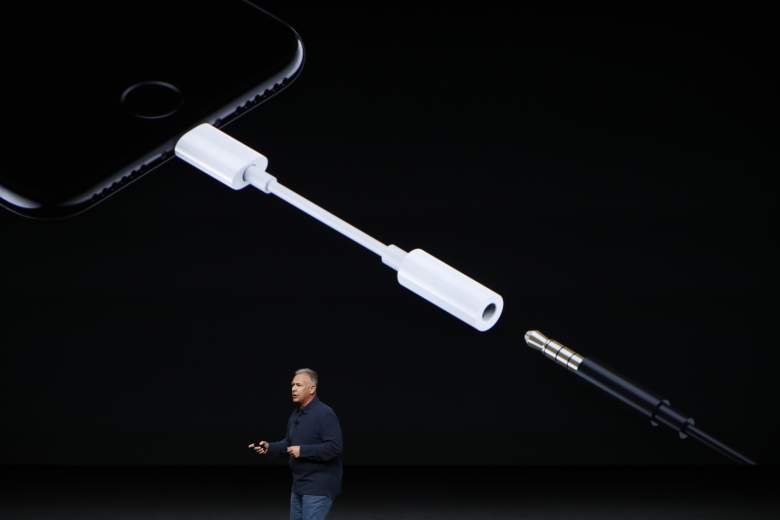 The iPhone 7 will come with a 3.5 mm to lightning adapter. (Getty)

But if you’re not quite ready and want to use your old headphones, that doesn’t mean you should dismiss the iPhone 7 entirely.

Luckily, every iPhone 7 comes with a 3.5 mm-to-lightning adapter that allows you to plug in your existing headphones into the lightning port.

If you want to listen to music on the device with standard headphones, though, you’ll need to carry this adapter around with you all the time or permanently keep it plugged in, so just investing in a pair of lightning headphones seems like the simpler option.

4. They Described This as a Courageous Move 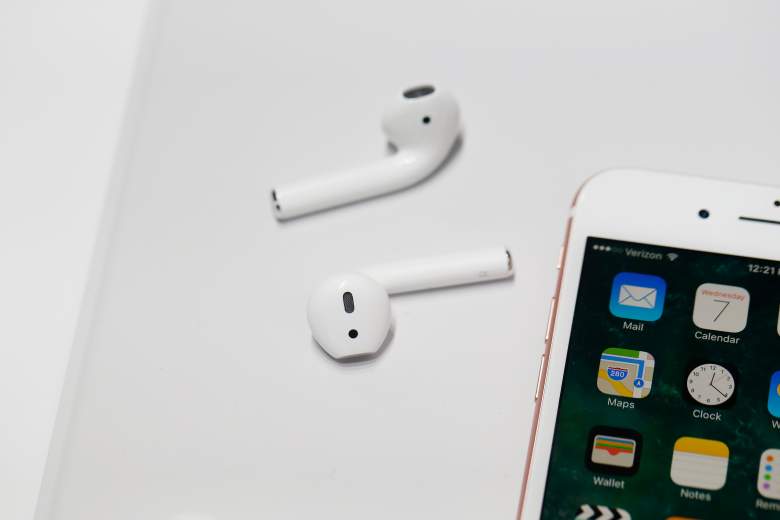 Apple used the word “courage” to describe this switch from 3.5 mm to lightning, explaining that they are daring to move on and do something new even though it might be intimidating.

They pointed to the fact that the technology being used for modern headphone jacks is decades old, and consumers will be eager to embrace new technology and let go of the past.

Apple also said that they have a vision for how audio should work on mobile devices, and they want to get there as quickly as possible.

5. The Built-In Speaker Has Improved 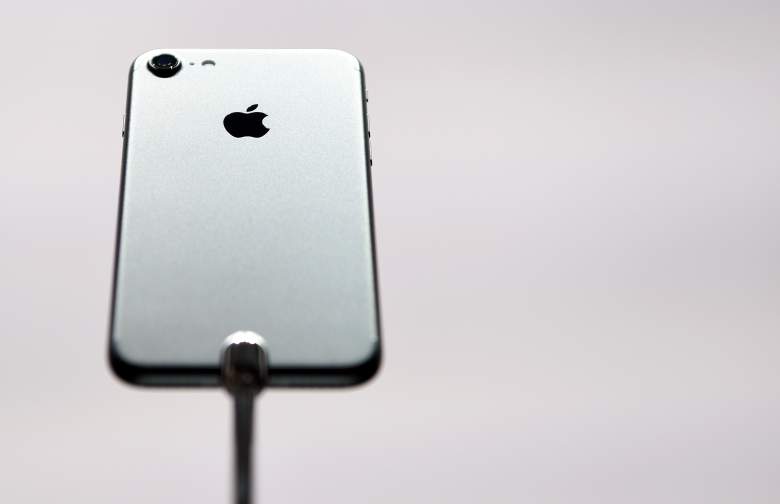 In some way balancing out the lack of a headphone jack, Apple announced today that the iPhone 7 will have stereo speakers for the first time.

These speakers are twice as loud as the speakers on the iPhone 6, with an increased dynamic range.

That’s good to hear considering you’ll have to make use of the speakers when charging your phone, as presumably it will not be possible to have headphones and a charger plugged in at the same time, seeing as they both go into the lightning port.

Read More
iPhone, iPhone 7, Technology
During their keynote address on September 7th, Apple finally provided details about the upcoming iPhone 7, which they revealed will not have a headphone jack.