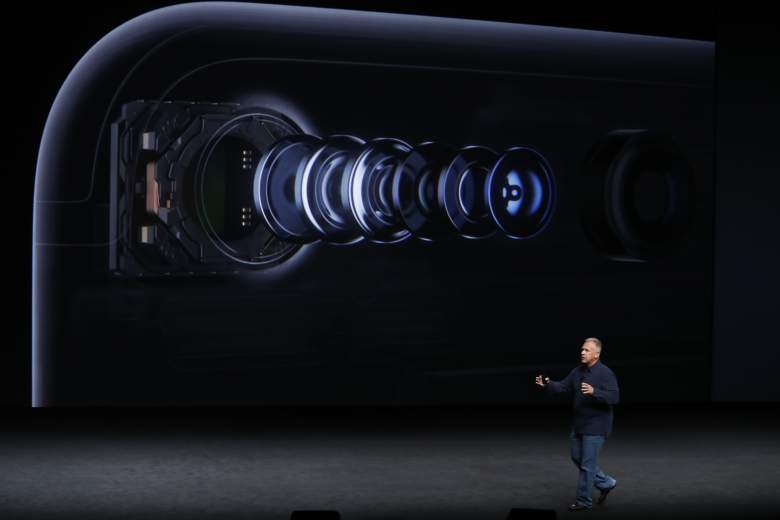 During their September 7th keynote address, Apple provided consumers their first look at the iPhone 7, and they revealed details about the upcoming smartphone’s camera.

As Apple announced today, the regular iPhone 7 camera will be 12 megapixels, and the iPhone 7 Plus will actually have two 12 megapixel cameras. Now, there will be a new zoom button, which consumers simply tap to zoom in while taking a picture. They can also drag across that button to quickly zoom from 1x to 10x, with the quality of the zoomed-in image being much better than before.

Apple provided examples of photos taken at 1x and 5x, with the latter photo looking equally detailed despite being taken with the zoom on. As well, with the iPhone 7 Plus camera, users will be able to take images with a shallow depth of field. There will be a “depth effect” option, and the blur behind the subject can actually be seen in real time on the preview screen.

As an example, Apple showed off this photo and then revealed a few minutes later that it was taken with an iPhone 7 Plus:

The iPhone 7 Plus will allow depth of field shots where the front image is focussed and background is blurred. pic.twitter.com/KFZjTW3Fzo

It was also announced today that the regular iPhone 7’s camera will have optimal image stabilization, up to three times longer exposure, a 60 percent faster censor, and a flash with four LEDs that puts out 50 percent more light than the iPhone 6.

The phone’s image signal processor, which automatically sets focus, exposure and color, will also be much more powerful than on the iPhone 6, with it being described today as “a supercomputer for photos.”

In the conference, Apple cited several professional photographers, who said that the new camera takes beautiful photos that can even capture the look of film and describing it as a game-changer.

The front side camera on the iPhone 7 will be a seven megapixel HD camera, increased from the previous phone’s five megapixel camera.