Apple has scheduled a “Hello Again” press event at 10:00 a.m. on October 27th, 2016. The event is already shrouded in rumors, and consumers might be able to look forward to anything from a new MacBook Pro to a new 5K display with its own built-in graphics chip. 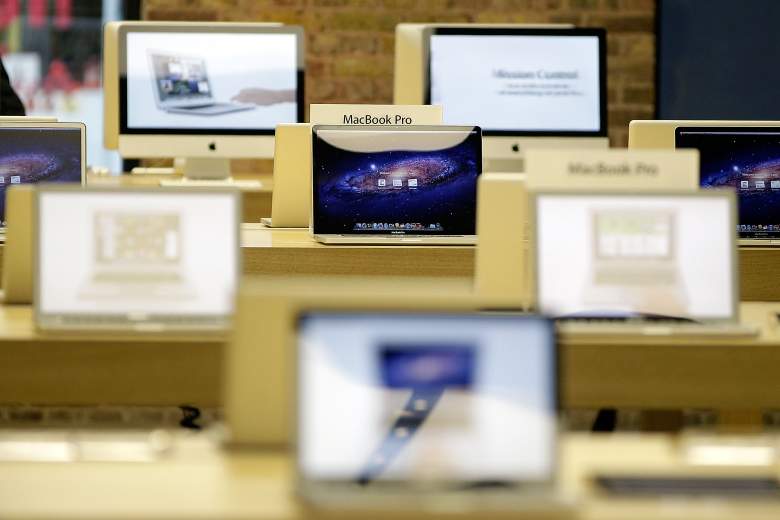 Macbook and iMac computers on display in the Apple Store in Covent Garden. Apple will be releasing three new MacBooks, according to three products filed in Eurasia. The products are unnamed, but are rumored to include a 13- and 15-inch MacBook Pro and a 13-inch MacBook Air. (Getty)

Listen, it’s been a while since Apple really updated its MacBook Pro lineup. Endgadget reported that a new MacBook is pretty much a lock for this event, especially with rumors taken into account. Here are some of the most exciting features to look forward to:

There it is. The new MacBook Pro with the Touch Bar for functions, Touch ID, and narrower footprint. https://t.co/E6WU6xfbNo pic.twitter.com/NUKJnhV7Ap

Mac Rumors reported that leaked images of the MacBook Pro show an OLED Touch bar above the keyboard, confirming the rumors of the “Magic Toolbar.” The bar appears to be touch-enabled, and may even include a fingerprint scanner, as one of the photos asked a user to confirm a purchase with a fingerprint. The OLED bar will be contextual, meaning it will change according to what apps you have open at the moment. If you had iTunes open, for example, it would likely show play/pause buttons.

The toolbar would sit where the function keys are now, effectively replacing them.

The fingerprint scanner in the OLED display mentioned above may also be the power button, Endgadget reported. Fingerprint reading power buttons aren’t just for iPhones and iPads now — Apple will be including them, along with Apple Pay support, in the new MacBook Pros. This brings a new level fo interactivity to the “Magic Toolbar,” beyond touch.

The toolbar and the touch ID feature are more than just rumors, Endgadget reported, since the code in MacOS Sierra referenced both the toolbar and touch ID. Plus, leaked images shared by Mac Rumors clearly show the toolbar.

According to Endgadget, the new MacBooks may be lacking any extra ports. They reported that the laptop may be stuck with a USB-C port, a headphone jack and… nothing else. That means users would need adapters for USB inputs, SD Card readers, and HDMI outputs. It would be a hassle, especially since USB-C isn’t quite mainstream yet.

MacBook (Or a MacBook Air?) 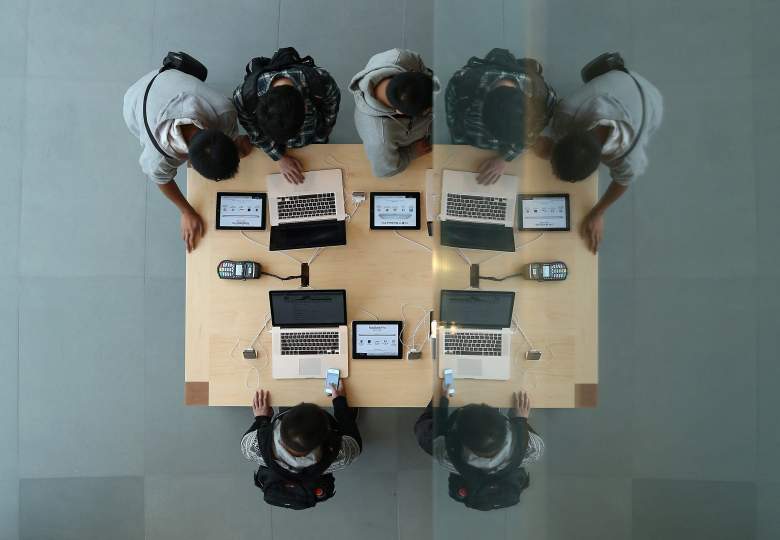 Chinese customers look at MacBook Pro in the newly opened Apple Store in Wangfujing shopping district. The company will be announcing a new MacBook pro at their October 27th event. (Getty)

Three days before their Oct. 27 event, Apple registered not one, not two, but three new MacBooks in Eurasia, Mac Rumors reported. The models, which are only registered as A1706, A1707, A1708, are likely the new 13- and 15-inch MacBook Pros along with a 13-inch MacBook or MacBook Air. However, Mac Rumors reported, the obvious sequence in the model numbers adds some confusion as to whether the third model is a MacBook Air or a MacBook.

Bloomberg‘s Mark Gurman, who according to Endgadget has a good track record with Apple scoops, has suggested that Apple is releasing an updated 13-inch MacBook Air. He suggested that the new Air would have USB-C ports, but there doesn’t seem to be much else to improve. Endgadget suggested that Apple may update the display and add a 7th-generation Intel core processor, but that’s about it. 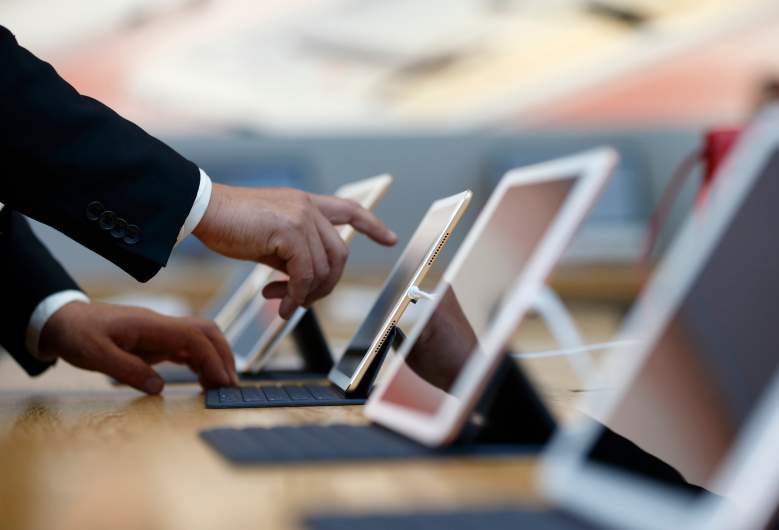 A customer tries an Apple Inc. iPad Pro 9.7 inch at the company’s Omotesando store. The company may release a new iPad at its “Hello Again” event Oct. 27th. (Getty)

If anything else is going to be announced, it’s most likely to be a new iPad, reported Endgadget. They mentioned that a new 12.9-inch iPad has been rumored, which is even more likely now that the current 12.9-inch model is nearing its one-year anniversary. Apparently, there are even rumors that Apple will release a 7.9-inch iPad Pro (with many of the Pro’s extra features).

It’s also almost the two-year anniversary of the iPad Air 2, but there haven’t been any rumors about a new product from Apple. They might refresh the line, or they may get rid of it altogether. 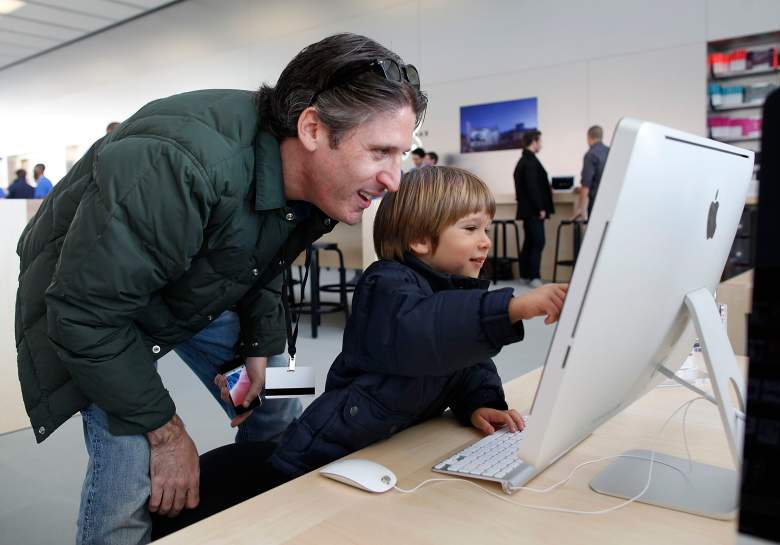 Apple employee Jason Roth (L) and his son Tyler Roth, 3, play with an iMac in the kids section of the new Apple Store during a media preview. Apple may release a new iMac at their October 27 event, but its unlikely, since the new Intel processors don’t come out until 2017. (Getty)

The possibilities for a new iMac are limited right now, and Apple will most likely have to wait until next year unless they’ll be using an older chipset in these models, reported Endgadget. Intel’s 7th-gen desktop chips aren’t coming out until 2017, so the iMac will probably be on the back burner until then. Still, it might get mentioned at the event, or Apple may choose to use 6th-gen chips for some reason. To be fair, their 15-inch MacBook pros are still using chipsets from 2014, so who knows?

The same limitation goes for the Mac Pro line.

Even the rumored 5K standalone display may have to wait until next year, Endgadget reported. The 5K display would likely include its own onboard graphics chip so that the display wouldn’t have the rely on the processing power of the connected device, and Apple may depart from the “Thunderbolt” name rather than naming the 5K display as a successor to its current outdated Thunderbolt display. Back in June, 9 to 5 Mac reported that Apple might announce the 5K display at WWDC in June, but there was no such announcement. Some are saying the display will be announced at Apple’s Oct. 27 event, but others aren’t so sure. 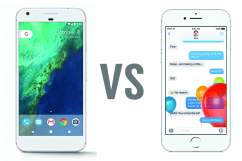