A huge DDOS attack has been under way off and on since this morning, sending hundreds of popular websites offline. A third DDOS attack of the day was reported around 4:30 p.m. Eastern. The Distributed Denial of Service wasn’t against specific websites, but against Dyn, Inc., which provides Domain Name Server services. At the time of publication, Dyn was still investigating and mitigating attacks against their infrastructure. A number of outage and attack maps have been shared online, including the one above, which can give you a better idea of just how widespread the problem has been.

As of 4 p.m. Eastern, there were still numerous outages being reported. DownDetector shared a map of outages from Level3 Communications, which offers telecommunications services to business customers, on its website here. the map shows outages all across the United States.

A live outage map for Twitter shows the problems decreasing in the United States, but building in other parts of the world. Netflix, another company reporting problems, is showing similar results.

This is a video from this morning showing attacks online via Norse Map:

Norse Map can be a little misleading, however, since it shows attacks on honeypots that are set up specifically to draw in attacks. It doesn’t show legitimate DDOS attacks.

Some people are also showing this map, from Digital Attack Map. However, this map is from October 20, not today:

Oh Internet, you’re not feeling too good are you? https://t.co/lIWWn2GM4X pic.twitter.com/4kFmhuWCip

However, around 3 p.m. Eastern, they had to discontinue their alerting service temporarily due to the DDOS attacks:

Major DDoS directed at Dyn DNS we are temporarily pausing our alerting service. Details and updates:https://t.co/v3NXz2O3bD

On their website, they wrote in more detail: “Due to the major Denial-of-Service attack directed at Dyn DNS we are temporarily pausing our alerting service. The attack have caused major issues on the internet and many services are down as we’re writing this. We have made this decision because we have found that the alerts we currently send are unreliable and essentially useless. We continue to monitor the situation and will update this incident at least once every 30 minutes, and of course as soon as we feel it’s reliable to turn Pingdom alerts on again.” Essentially, there were just too many outage alerts to keep up with.

Many sites have been affected today, as reported by sites like Business Insider, Gizmodo, and individuals online. Affected sites include: 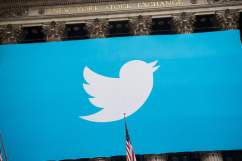 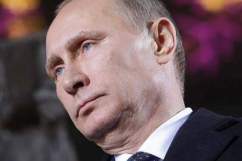