Oculus Rift, a Virtual Reality company owned by Facebook, is hosing its Oculus Connect conference in San Jose Oct. 5-7. Certain events will be live-streamed via Twitch.tv and NextVR, the latter of which supports watching with a VR headset.

After the streams end, videos will be added to the Oculus video channel.

The streaming schedule is as follows:

Mark Zuckerberg, Facebook’s CEO, posted a photo of himself Oct. 5th wearing a Rift and using the Oculus Touch controller. In the post, he says, “Getting ready to demo something new we’ve been building in virtual reality. Tune in tomorrow at 10am pacific time to hear about the future of VR at Oculus Connect.”

Zuckerberg’s announcement may be big news for the tech world. According to The Verge, Zuckerberg has frequently commented that VR can be much more than gaming. It can be a platform for many other experiences, he said in a 2014 Facebook post. 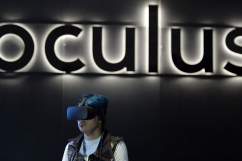