Retro gamers will soon get their hands on the rebooted N64 controller soon minus the wires.

Gamepad maker 8Bitdo’s classic N64 controller is compatible with Macs, smartphones and PCs. You can pre-order a bluetooth N64 controller on Amazon for $49.99, which will be shipped on October 25. Massdrop is also selling for $44.99 as of October 14 with an estimated shipping date of November 7. The Massdrop package includes a one year limited warranty.

The N64 wireless controller works on smartphones and computers through an emulator, a piece of software that turns your device into a virtual console. The most popular emulators include Project 64 or 1964 for Windows, MegaN64 for Android and NewGamepad for iOS. However, use caution when choosing an emulator because they are not official Nintendo products and may contain bugs, reports Gizmodo.

Here’s is a rundown of the Bluetooth N64 specs: 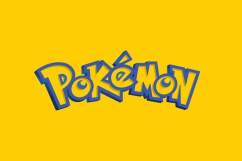