Apple just announced its new MacBook Pro model at its October 27 press event. The update to the MacBook Pro line is welcome, and new specs can be found below.

“You may not realize it, but this week happens to be a huge week,” Tim Cook, Apple’s CEO, said during the event. “This week marks the 25th anniversary of our first notebook.”

“For 25 years, we’ve been defining and redefining what a notebook is and what a note book can do. And today, we’re going to do it again,” he said. 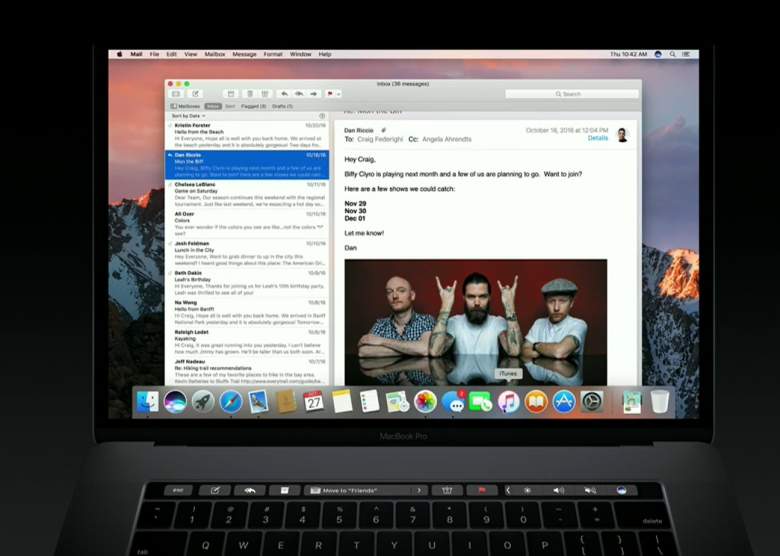 The Touch Bar is context aware, and is shown here with email related options. (Apple)

The most major update to the MacBook Pro includes the addition of a “Touch Bar” where the function keys once were. The toolbar is an OLED touch display, independent from the main display, that shows context-aware menus depending on what the user is doing. 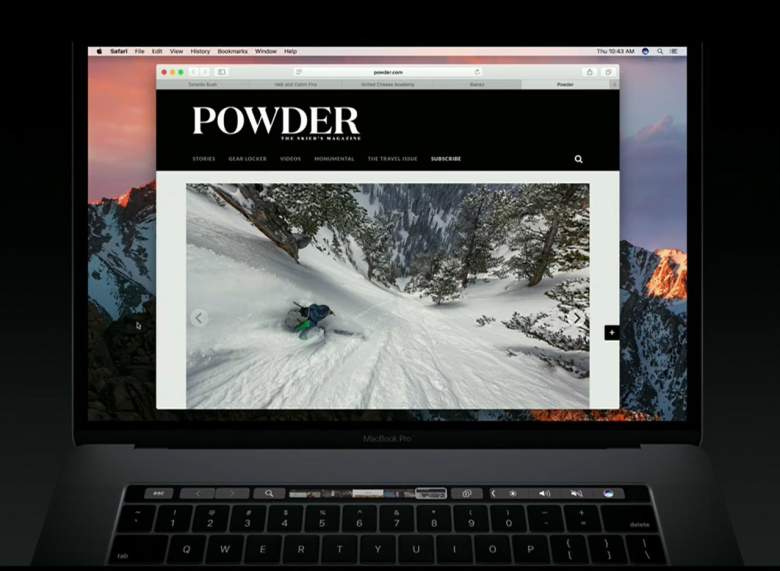 Apple’s Magic Toolbar was confirmed several days before the event, when the company accidentally leaked photos of the OLED touch toolbar with some Apple Pay promotional photos. 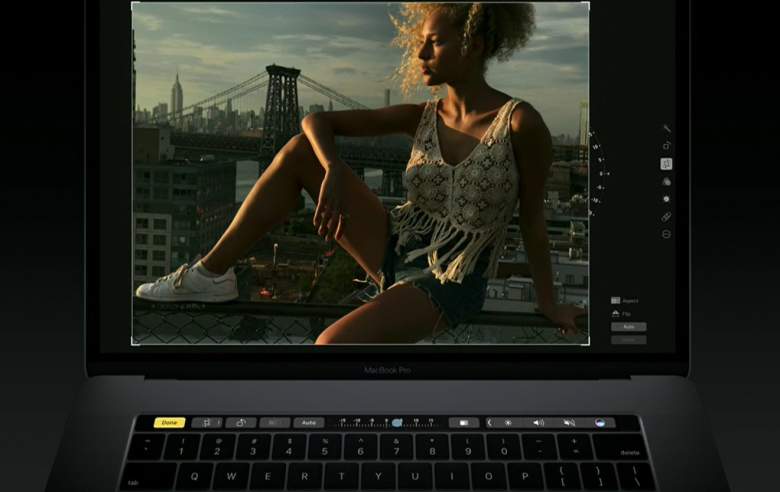 The Touch Bar is also useful when looking through photo galleries, and allows users to scroll with the OLED touch panel. (Apple)

The Touch Bar adapts: in Safari, it shows links to favorite websites, search and back buttons, and can show quick type suggestions while a user is typing — similar to what users see on iPhones. The Touch Bar also has a fingerprint scanner in the power button to integrate Touch ID using a new chip apple is calling the Apple T1 Chip.

The Touch Bar can still allow the function keys to appear if a user holds the function key on the keyboard. In the meantime, the OLED bar changes automatically from app to app. It’s even customizable: there’s a palette of available buttons that users can click and drag into their Touch Bar. 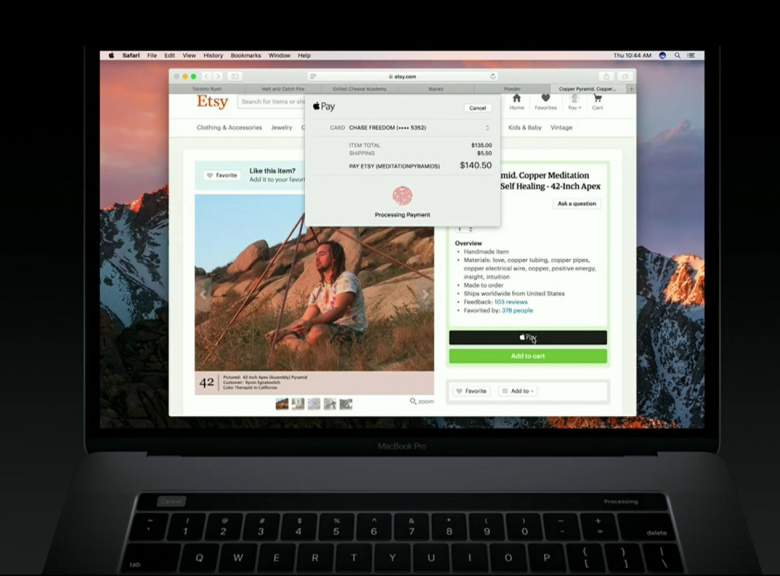 The new Touch Bar on Apple’s MacBook Pro has a fingerprint scanner built in, allowing users to use Apple Pay. (Apple)

Touch ID can also be used to share a machine — multiple users can unlock the same MacBook Pro.

The best screen we have ever made. #AppleEvent pic.twitter.com/ku4nIPS6UV

The new model will still come in 13- and 15-inch versions.

There’s a new Force Touch trackpad with a lot more space, a new keyboard with the same “butterfly” mechanism as in the most recent MacBook, and a replacement for the outdated function keys with Touch Bar.

Storage: Up to 2TB SSD

Chipset: 6th Gen quad-core Intel i5 or i7

Ports: Four Thunderbolt 3 ports (any can be used for charging, Thunderbolt, USB, DisplayPort, VGA or HDMI)

Wireless: Unknown (will be updated)

The 13″ MacBook Pro is 13% smaller and thinner than the MacBook Air. They both weigh 3lbs https://t.co/PFxJAVJmYn #AppleEvent pic.twitter.com/FJxwJjw85E

Apple surprised the world with a third MacBook Pro to rival the MacBook Air. Specs are below. The main difference, other than some key specs, is that the Touch Bar will NOT be seen in this version.

Ports: Two Thunderbolt 3 ports (any can be used for charging, Thunderbolt, USB, DisplayPort, VGA or HDMI)

The MacBook Pro now comes in 3 variants. They can be ordered from today. #AppleEvent pic.twitter.com/ibShKgGs5o

All models are available to order today, and the least-powerful MacBook Pro model ships today, while the other models ship in 2-3 weeks.

Read More
Apple, Shopping, Technology
wpDiscuz
0
0
Would love your thoughts, please comment.x
()
x
| Reply
Apple unveiled its new MacBook Pro at a press event on October 27. How much will the new model cost, what are the specs, and when can consumers buy it?