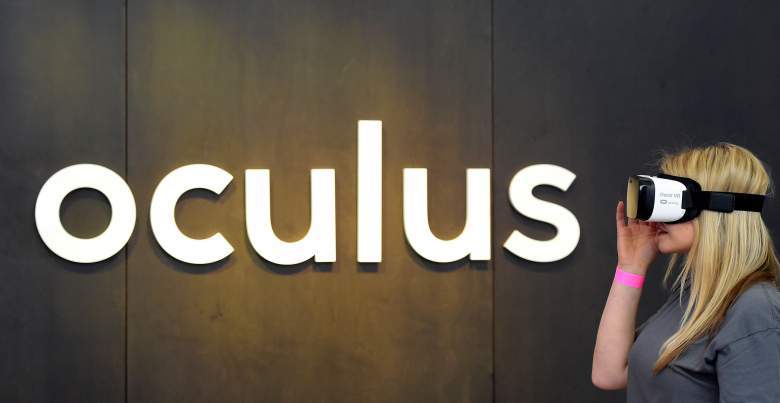 A woman uses an Oculus Rift device during a press preview of the Facebook Innovation Hub. Oculus Connect 2016 will be streaming on Twitch.tv and NextVR Oct. 5-7. (Getty)

in 2012, Oculus Rift raised $2.5 million on Kickstarter. Only two years later, the VR company was acquired by Facebook for $2 billion. Brendan Iribe is still the CEO of Oculus, and has been since 2012, but Facebook works with the company closely.

Mark Zuckerberg, Facebook’s CEO, posted a photo of himself Oct. 5th wearing a Rift and using the Oculus Touch controller. In the post, he says, “Getting ready to demo something new we’ve been building in virtual reality. Tune in tomorrow at 10am pacific time to hear about the future of VR at Oculus Connect.”

Zuckerberg’s announcement may be big news for the tech world. According to The Verge, Zuckerberg has frequently commented that VR can be much more than gaming. It can be a platform for many other experiences, he said in a 2014 Facebook post.

“We’re here to make virtual reality the next big platform,” Zuckerberg said at the Oct. 6th keynote. He said the platform has grown more than anyone could have anticipated in the two years since Faccebook acquired Oculus. More than 1 million people use VR every month, according to Zuckerberg,  and companies like Samsung, Valve and HTC have all started investing in VR, he said. 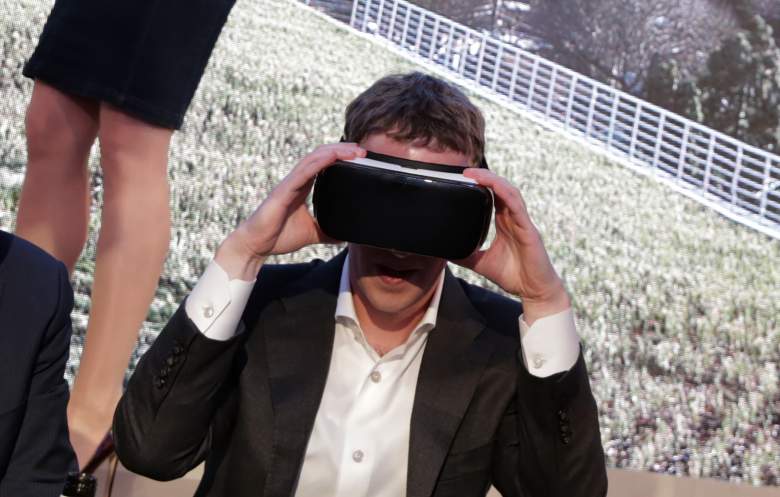 Facebook founder and chief Mark Zuckerberg wears a virtual reality devices at the Axel Springer Awards in Berlin. He thinks VR should be “people-first,” and that application-based interactions are going extinct. (Getty)

Zuckerberg introduced “the next greatest software experience” by first explaining that he thinks the idea of pulling up a phone full of applications is going extinct.

“Virtual reality is the perfect platform to put people first, because you really feel like you’re there with other people,” Zuckerberg said. You are free to explore, he said, and you’re probably going to do a lot more things together than you would if you had to go through a bunch of apps separately.

Zuckerberg fired up the first live demo of VR, screen-sharing what he sees in his headset. Zuckerberg and two VR avatars of ‘Michael’ and ‘Lucy’ traveled to the bottom of the ocean in VR, then to Mars. Then Facebook’s offices, where they started playing cards and chess in VR. They then traveled to Zuckerberg’s home to check on his dog, Beast, in real-time. His wife called him, and he answered the video chat in VR. Zuckerberg could see the video of his wife, while she only saw his VR avatar. The group even took a selfie with a VR selfie stick. They looked through the shots and posted their favorite on Facebook. The trio never had to open any apps.

That’s what a people-first VR experience looks like, Zuckerberg said, back into reality on the keynote stage.

He also announced that Facebook will be donating another $250 million (they had already donated $250 million, he said) into “funding Oculus content.” In addition, they will be starting a $10 million education fund.

He then introduced Computer Vision Software, which can look at your real-time surroundings and tell you where you are in a room. This technology doesn’t work very well, Zuckerberg said. It needs some work.

There are two types of VR right now, he said. Mobile VR, which is portable but not very powerful and doesn’t allow you to move through space, and PC VR, which is much more powerful but very expensive. Zuckerberg wants to create a middle ground: a standalone, powerful and affordable VR headset that users can take with them into the world. This is the kind of thing Oculus wishes could exist, Zuckerberg said, and the software they’re working on might enable it. Right now, they’re prototyping this mid-tier VR idea.

“We’re going to keep making progress on computer vision until this product exists,” he said.

What do we need to do over the next few years to make that possible? The answer, Zuckerberg said, is creating new and better software experiences.

Watch the live-stream here. The videos will be recorded and available on the Oculus YouTube channel after the conference. 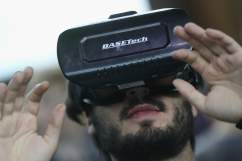 Why You Should Care About Google’s Daydream VR