Rick Osterloh, SVP of Hardware for Google, says “technology needs to be smart and just work for you.”

AI will be at the center of hardware and software, Osterloh said at Google’s October 4th press event, and will allow Google to harness their years of expertise in machine learning and for Google Assistant.

Phones are the most important things we own, according to Osterloh. Google’s Pixel phone represents the best of hardware and software by Google, he said. The company designed everything from the user interface to the outer shell.

Google.’s Pixel phones will use USB-C fast charging, and can give users up to 7 hours of battery off of only 15 minutes of charging. (Google)

Pixel phones come with Android Nougat, and allow automatic updates to install when you restart you phone, nixing the update bar. The phone will be able to give a user up to 7 hours of battery life after just 15 minutes of charging. Google’s new 24/7 customer care interface will also roll out with Pixel phones, and now allows screen shares. Pixel will come in a 5-inch display, and there will also be a 5.5-inch Pixel XL. The phones will ship in white, black and blue.

The most important features, outlined by various Google executives at the October 4th event, are as follows: 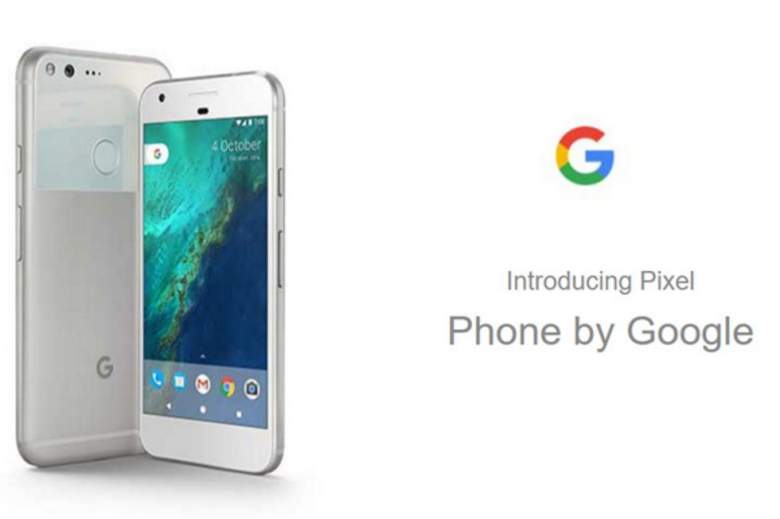 Google’s Pixel and Pixel XL will be made exclusively by Google, unlike the Nexus line. (Google)

1. Pixel is the first phone with the Google Assistant built in.

Brian Rakowski, Google’s VP of Product Management, introduced the Pixel’s user interface demo, where the Pixel launcher can be seen firsthand. The Google Assistant takes its place at the top of the screen, and icons are now rounded. Taking a cue from Apple, Google’s Assistant can be accessed by voice or by holding the home button.

The Assistant will be more intuitive and user friendly than Google Now. When Rakowski asks Google Assistant to play him a Lumineers song, the app doesn’t just open Google Music (as Google Now does), but opens YouTube because that’s the app Rakowski uses to listen to music the most often.

Google’s assistant, according to Rakowski’s demo, can gather information in context via your phone’s apps and data. When Rakowski looked up a restaurant in Maps without the Assistant, he could swipe up from the Home button and simply ask “how far it is from the concert?” and get an accurate answer.

Google received a score of 89 from DXO Mark, which rates a wide range of quality cameras (including the iPhone 7). This score is the highest any mobile phone has ever gotten. The camera can use “smart burst” to capture a burst of photos quickly, uses HDR+ for top notch image quality, it works well in low light by using multiple short exposures rather than one long exposure, it captures and processes photos extremely quickly, and it invokes video stabilization to minimize shaky cam.

Google Photos helps you store, organize and share your photos via the cloud. Pixel owners will receive free, unlimited storage for photo and video at full quality — even the 4K videos you can take with the Pixel.

4. Allowing people to talk more easily no matter what devices they use.

Sabrina Ellis, Director of Product Management for Google, introduced Google Duo, which allows users to video chat whether they’re using Android or iOS. The video chat app includes a “knock, knock” feature that allows users to see a video stream of the person calling before they answer the call.

5. Pixel is made for virtual reality.

The new Pixel phone is Daydream VR-ready, according to Ellis, and can take advantage of all Google’s Daydream VR has to offer (including a new Daydream headset).

The Pixel starts at $649 or $27/month and is available for pre-order October 4th. The phone is a Verizon exclusive, which is a huge change from the universal Nexus phones of the past. 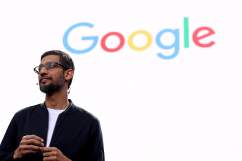