Recently, it’s been widely reported (from CNN to BuzzFeed) that a male birth control injection study was stopped due to undesirable side effects like mood swings and acne. However, there’s more to the story. Make sure you have all of the facts before forming your own opinion on the study.

1. A Recent Study Found That Hormonal Contraceptive Shots for Men Have Adverse Side Effects

Some important clarity via @snopes regarding that male birth control study being abandoned https://t.co/928t8Z8DrZ pic.twitter.com/cOgXKFQSaY

According to CNN, the UN co-sponsored a study on the safety and effectiveness of a contraceptive injection published October 27 in the Journal of Clinical Endocrinology and Metabolism. The study looked at 320 healthy men in monogamous relationships, ranging from 18 to 45 years old, with healthy sperm counts.

These men were given an injection of a combination of testosterone and “norethisterone enanthate,” which CNN reported is a form of the female hormones progesterone and estrogen (commonly referred to as “progestin”). They were injected every eight weeks.

The study was halted early, though, because of several side effects reported by participants. The more serious effects included one case of depression and one abnormally fast and irregular heartbeat after injections stopped, though the heartbeat may have been the fault of an “intentional acetaminophen overdose,” CNN reported.

The rest of the side effects were pretty tame, and included injection site pain, muscle pain, increased libido and acne, according to CNN. Not dissimilar to side effects commonly seen with female hormonal contraception.

Though the majority of the side effects weren’t too intense, the study was halted early.

2. There Was One Death by Suicide, and 20 Men Dropped Out 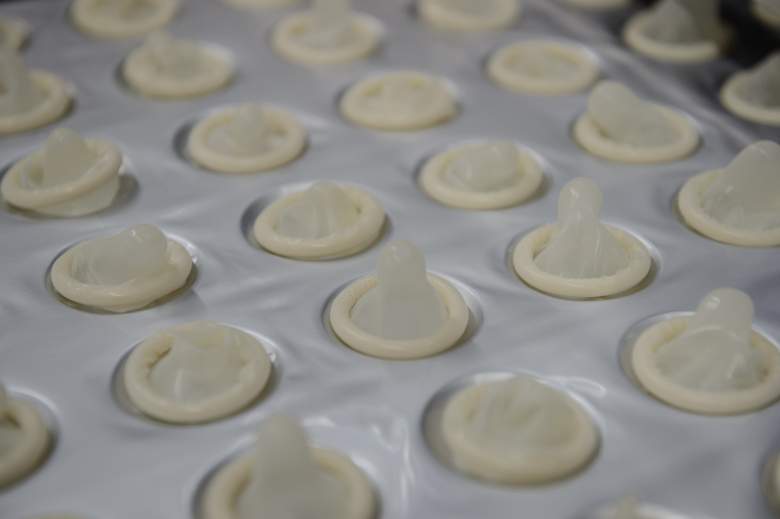 Condoms made with native latex are ready to be packed at the Natex factory. Men are left with few contraceptive options today, but that may change with the introduction of normonal and non-hormonal birth control options for men. (Getty)

The majority of the injection’s side effects may be harmless, but the depression was fairly serious. Total, 20 men dropped out of the study due to side effects.

The 1,491 reported adverse effects may not have all been related to the drug. CNN reported that the researchers say nearly 39% of the reported side effects had nothing to do with the shots. The researchers said the same about one death by suicide during the trial.

3. 75% of Participants Said They Would Want to Continue Taking the Shots 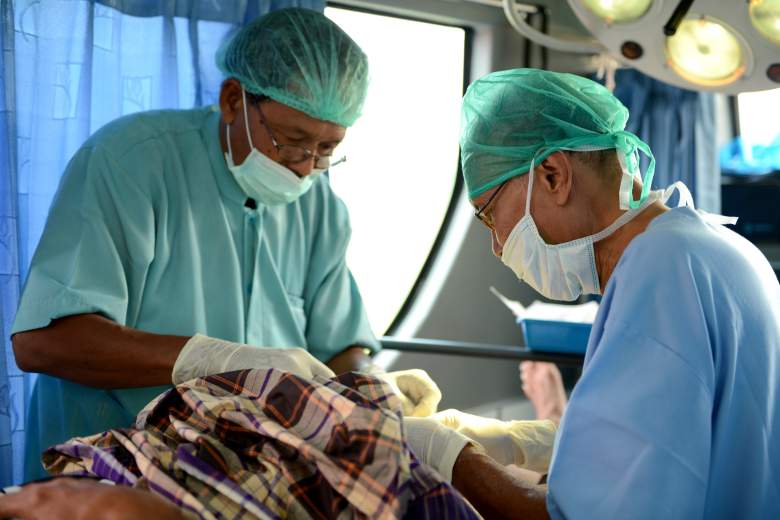 Doctors perform a vasectomy on a Balinese man in Gianyar on Bali island in 2015. Right now, condoms and vasectomies are the only real contraception options for men, but they may be getting more reversible options soon. (Getty)

According the The Huffington Post, 75% of the participants wanted to continue taking the hormonal contraceptive shots.

The shots have a 96% efficacy rate, and only four pregnancies were reported out of the 320 monogamous participants. The shots work by suppressing sperm production, and most of the participants had normal sperm counts within 26 weeks. After 52 weeks, though, there were eight participants who still hadn’t gone back to a normal sperm count. All but one of these eight went back to normal with a little more time, and the last straggler “partially recovered, so whether he’s actually fertile is not known,” reported CNN.

Overall, it seems that men may be ready for more male contraceptive methods. Right now, the only real options men have are male condoms and vasectomies, which are largely irreversible.

It's safer to unload a gun than it is to shoot at a bullet proof vest. They need to make male birth control.

I can't wait for male birth control pills, to be honest. It would be nice to be in control of my future

Yo where male birth control at

Soon as they drop male birth control pills in the US pic.twitter.com/erkw5zGl6O

4. This Isn’t the Only Male Birth Control Drug Being Tested

This injection isn’t even close to the only male contraceptive being tested.

Vasalgel is perhaps the most promising male contraceptive coming to the market. The Parsemus Foundation, which is working on several health projects including Vasalgel, wrote that the injection will the available as soon as 2018.

The injection is basically a reversible vasectomy, but a polymer hydrogel is injected into the vas deferens, rather than simply cutting it. Researchers are still investigating exactly how many years Vasalgel will last, but upcoming research should answer that question, according to The Parsemus Foundation’s FAQ.

According to The New York Daily News, a German carpenter has also invented a switch that effectively turns the flow of sperm on or off. The switch could be implanted under the skin of the scrotum, on the vas deferens. Clemens Bimek, the switch’s inventor, is currently the only person with the implant installed. The urologist who implanted the switch told The New York Daily News that a third of vasectomy patients want the procedure reversed later on, so the switch was preferable.

The switch will be implanted in 25 men this year, according to The New York Daily News.

The best part of both of these contraceptive methods is that they’re non-hormonal, meaning they likely wouldn’t have any of the side effects documented in the recently published hormonal injection study.

5. Since 1982, The Pill and Female Sterilization Have Been the Most Common Birth Control Methods 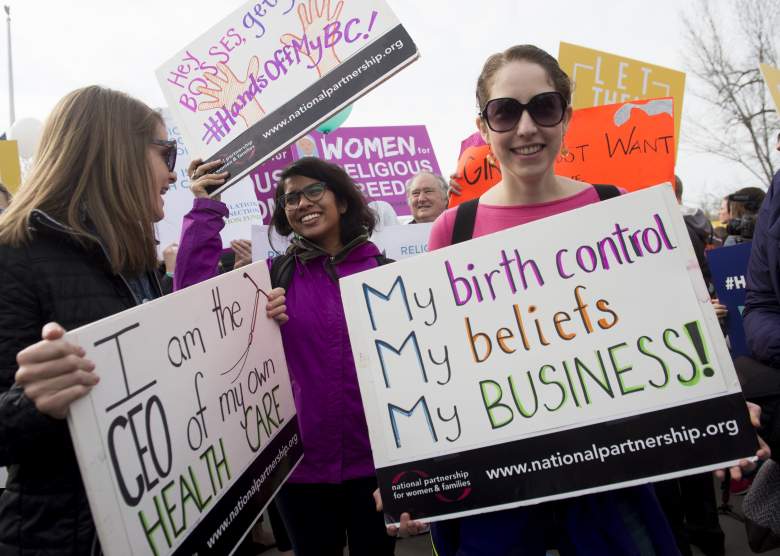 Supporters of women’s health rally outside the Supreme Court in Washington, DC, March 23, 2016. The introduction of more male birth control methods is drawing more attention to side effect women have dealt with for years. (Getty)

Hopefully, those percentages will change as men are given more reversible options for contraception.

“If anything, this may wake us up to finding out better hormonal contraceptives for women, right? Because certainly, I know that a lot of young women don’t get the type of counseling that maybe they deserve when it comes to contraception,” Dr. Seth Cohen, a urologist at NYU Langone Medical Center, told CNN. “Just a (prescription) and a visit to Duane Reade is all they get, and that may not be enough.”

Hopefully, male contraceptive options come soon, because millions of women are stuck dealing with hormonal birth control’s many side effects.