Nintendo isn’t opening its own theme park, but it is teaming up with Universal to create its very own “Nintendo-Themed Environments,” according to a press release from Nintendo.

The areas will be extremely immersive, and according to the the press release, park-goers will literally feel like they’re inside their favorite video games. There will be something for visitors of all ages and gaming experience levels, Nintendo said.

Nintendo is a household name, with names like Mario, Zelda, Donkey Kong and Pokemon on its resume. The company has sold over 4.4 billion games and 696 million hardware units (like the Game Boy, Nintendo DS, Wii and GameCube) since its conception in 1983. Did gaming even exist before 1983, or did it just spawn into existence as soon as the first kid got their grubby hands on an original Game Boy? Okay, yeah, sure, other gaming companies may have existed, but Nintendo had the market cornered with Mario, Zelda and Pokemon for quite a while. Those games are still wildly popular, even with the huge amount of other successful games on the market today.

If the Nintendo section of Universal Studios doesn't have a portion called "Super Mario World," someone will need to be fired.

We aren’t quite sure what the park experiences will entail, or how in-depth the “immersive and interactive” features will be. With Nintendo, there’s really no telling. They were fairly vague in the press release, just saying that “guests will feel as if they are playing inside their favorite games – this time in real life.”

They're gonna do some kind of VR Mario Kart in the Nintendo Universal park aren't they? Gonna throw up aren't I?

With any luck, these park areas will be open soon, but Nintendo was vague there too. The areas will “open separately over the next several years,” according to the press release. Here’s hoping that by “over a few years” they meant “tomorrow.” 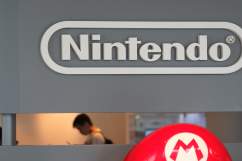 The Top 5 Things We Know About Nintendo’s Switch Console