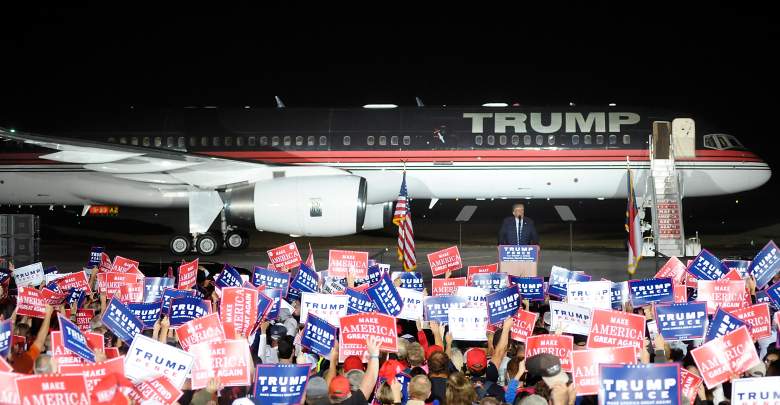 Emblazoned with TRUMP in blocky white letters, Donald Trump’s private jet carries all the pizzazz and showiness of the president-elect.

However, Trump will likely have to use the Air Force One of presidents past instead of his personal jet when he takes office. He has boasted that he would replace the presidential aircraft with Trump Force One.

That may be a tall order, though, because Air Force One integrates all the equipment necessary to make presidential decisions. In addition to a communications package that can receive classified information en-route, the plane will likely be able to evade surface-to-air missiles. Here are the specs for the Air Force One, which is undergoing an update based off of Boeing’s 747-8 design.

An official told CNN that while it’s possible to fit Trump’s aircraft with the equipment, the president-elect would have to pay for it himself.

“No one tells the president he can’t do something. Instead, you lay out all the reasons it’s functionally impossible,” the official told CNN. ”

Still, as a businessman, Trump may have a good reason to advertise his personal brand while flying in his Boeing 757-200. For the sake of comparison, let’s see how the plane Trump bought in 2011 stacks up against Air Force One. 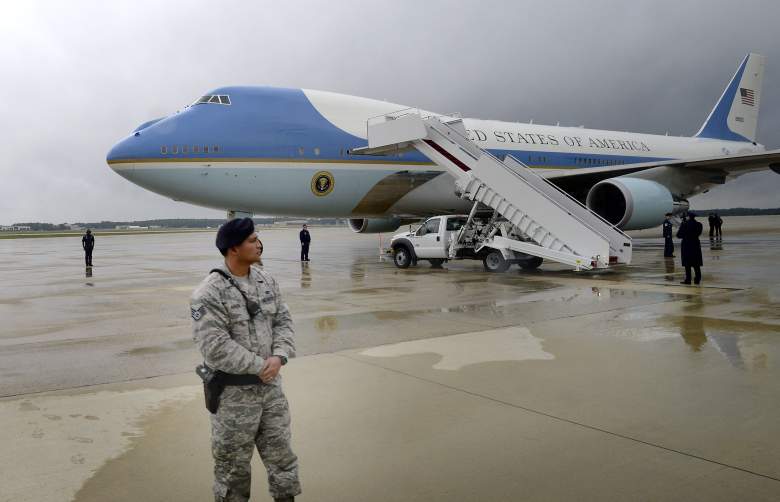 Air Force One is long overdue for an update (Getty)

If Trump’s plane is a palace, the new Air Force One is a fortress. It can escape heat-seeking missiles and withstand a nuclear attack, according to the Daily Mail. Capable of seating 102 people, the flying Oval Office has a wingspan and length about 1.5 times that of Trump’s plane. However begrudgingly, Trump may have to swap out his family crest for the president’s seal or upgrade his plane to meet the standards of the Air Force One estimated to cost at least $3 billion.

Trump has criticized President Obama’s use of Air Force One while he was campaigning for Democratic presidential nominee Hillary Clinton. In July, Trump asked on Twitter who would pay for Obama’s campaign trips with Clinton. The Air Force One has said an hour of flying cost taxpayers $206,337. Trump has also criticized Obama on the carbon footprint left by Air Force One, which he described as a “very old Boeing 747, with the old, really big engines.”

The military announced Air Force One would be updated in January 2015 after having carried presidents for 25 years. The new plane, would have, “global, enduring, survivable command and control capability.”

Boeing added that the new Air Force One would save 15 tons of carbon emissions per trip. Trump shouldn’t hold his breath though. The new presidential plane is set to release as late as 2023

Read More
Donald Trump, White House
Donald J Trump has bragged about his private jet, but the president-elect will likely have to swap it for the Air Force One.