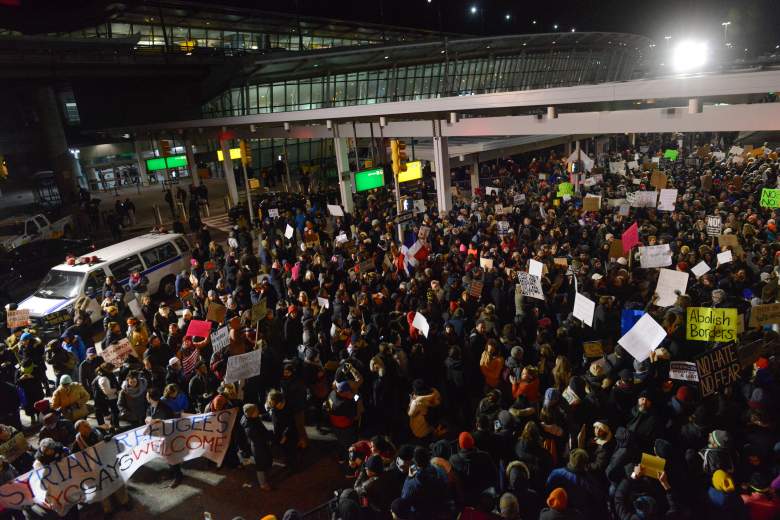 Protesters of Donald Trump‘s Immigration Order are not thrilled with Uber right now.

The hashtag #DeleteUber trended on Sunday as users took aim at the app for not participating in the NY taxi drivers’ strike at John F. Kennedy International Airport against Donald Trump’s immigration order.

Drivers with the NY Taxi Workers Alliance stopped picking up passengers on Saturday evening between 6 and 7 p.m. The group urged drivers to instead join the protest outside Terminal 4.

“Stand in Solidarity With Thousands Protesting Inhumane, Unconstitutional Ban of Muslim Refugees and travelers,” the group wrote in a Facebook post. “Be united brothers & sisters for a just world. We cannot be silent. We go to work to welcome people to a land that once welcomed us. We are the wretched, the tired, the hungry, the poor. We will not be divided.”

Users said that Uber continued operations on Saturday evening at JFK, ignoring the strike, a move that infuriated protesters. Some posted images on Twitter showing them deleting the app:

I will use Lyft or take a taxi. I refuse to support anyone who supports this dictator. We must resist #DeleteUber pic.twitter.com/dcAneE4Ili

I just received an interesting email from Lyft. #DeleteUber pic.twitter.com/4Ig8SSMtK4

The protests came after President Trump on Friday signed an executive order, which halts visa entry into the country from seven countries that are predominately Muslim. The order applies a 90-day moratorium, effective immediately, on admissions and reentry to the US of all individuals who are not US citizens from the following seven countries: Syria, Iraq, Iran, Libya, Somalia, Yemen, and Sudan.

We are working out a process to identify these drivers and compensate them pro bono during the next three months to help mitigate some of the financial stress and complications with supporting their families and putting food on the table.

Kalanick is a member of Trump’s business advisory council, a group formed in early December to advise the president on job creation. The group also includes executives from IBM, Boeing, Disney, GE and GM.

In his message to employees Saturday, Kalanick said he will bring this issue up when he meets with the president.

While every government has their own immigration controls, allowing people from all around the world to come here and make America their home has largely been the U.S.’s policy since its founding. That means this ban will impact many innocent people—an issue that I will raise this coming Friday when I go to Washington for President Trump’s first business advisory group meeting.

A number of other major Silicon Valley players, including Google, Apple and Microsoft have spoken out against the president’s new immigration order. More than 100 Google staffers and at least 76 Microsoft employees are affected by it. 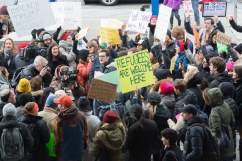