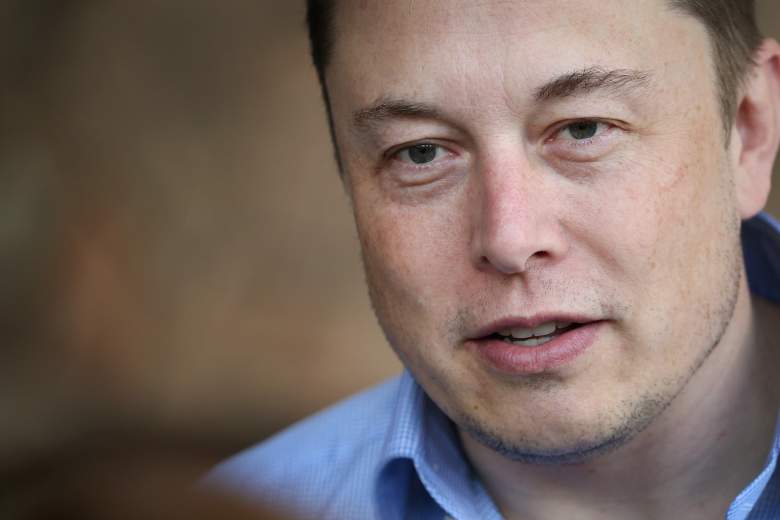 Elon Musk is the 45-year-old founder and CEO of Tesla and SpaceX who has built a fortune revolutionizing land and space travel. A self-made multibillionaire, he’s trying to solve what he sees as the biggest problems facing humanity.

As of January 2017, Musk had an estimated net worth of $13.2 billion, according to Forbes, making him the 15th richest person in the tech industry and the 94th wealthiest person in the world.

Keep reading for details on how he went from a struggling Silicon Valley entrepreneur to one of the most powerful people in tech.

1. He Got Rich From Zip2 and PayPal 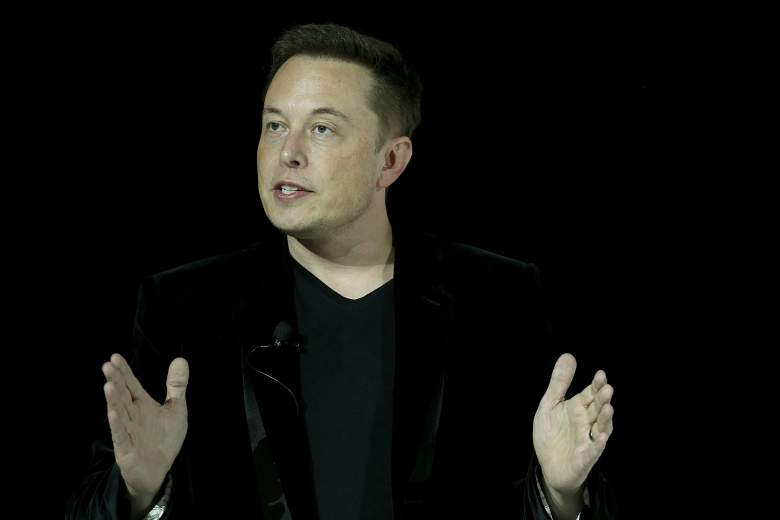 Musk had his first major payday in 1999, when he and his brother Kimbal Musk sold Zip2, a company they created to help newspapers develop online city guides, to Compaq. In a September 2010 tell-all in Marie Claire, Musk’s ex-wife Justine Musk (more on her later) described how life changed for the “struggling 20-something entrepreneur” after the Compaq acquisition:

Elon had sold Zip2… and was worth about $20 million overnight. He bought and renovated an 1,800-square-foot condo: We now had a place of our own. He also bought a million-dollar sports car — a McLaren F1 — and a small plane. Our day-to-day routine remained the same (except for the addition of flying lessons), and Elon’s wealth seemed abstract and unreal, a string of zeros that existed in some strange space of its own.

Musk put most of his Zip2 fortune towards a new venture: an online banking company called X.com. That company later turned into PayPal, which eBay acquired in 2002 for $1.5 billion in stock. Musk walked away from the deal with around $165 million.

Fast forward five years, and Musk was living a life most people can only dream of. In the same Marie Claire article, ex-wife Justine described their life of grandeur at the time:

The first crowded apartment we’d shared in Mountain View seemed like ancient history from our 6,000-square-foot house in the Bel Air hills. Married for seven years, we had a domestic staff of five; during the day our home transformed into a workplace. We went to black-tie fundraisers and got the best tables at elite Hollywood nightclubs, with Paris Hilton and Leonardo DiCaprio partying next to us. When Google cofounder Larry Page got married on Richard Branson’s private Caribbean island, we were there, hanging out in a villa with John Cusack and watching Bono pose with swarms of adoring women outside the reception tent. When we traveled, we drove onto the airfield up to Elon’s private jet, where a private flight attendant handed us champagne.

2. He Invested His Early Fortune Into SpaceX, Tesla, and SolarCity 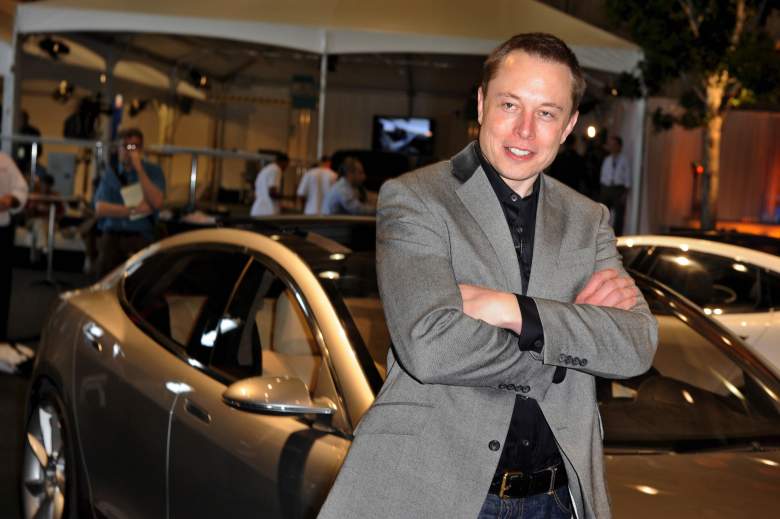 With the money he made from Zip2 and PayPal, Musk could have lived out the rest of his life comfortably on an island drinking top-shelf whiskey. He had other plans: Tesla, SpaceX, and SolarCity.

Technically, I "got rich" from Zip2 & PayPal w zero govt anything, then put 100% of that into SpaceX, Tesla & SolarCity.

Musk founded his private space exploration firm SpaceX in 2002 and the following year co-founded electric car maker Tesla. The entrepreneur around this time came up with an idea for another company, a solar panel installer. He suggested this idea to his cousins Peter and Lyndon Rive, who ran with it. With Musk’s help, they founded SolarCity in 2006.

But by 2007, Tesla was floundering. Musk described the situation in a 2010 Business Insider piece:

In late 2007, I had to make a tough decision. Tesla was in a near fatal situation and the only way out was for existing shareholders to completely recapitalize the company. There was no way to raise money externally given the severity of the problems. Rather than allow Tesla to die, I committed almost all my cash reserves to the company, leaving a few million dollars to cover living expenses.

Things were back on the up swing by 2012. Tesla that year launched the Model S, the world’s first premium electric sedan, to rave reviews. Meanwhile, SpaceX’s Dragon became the first commercial spacecraft to visit the International Space Station in a historic mission, and SolarCity went public.

In November 2016, Tesla acquired SolarCity in a deal valued at $2 billion, according to Bloomberg. Musk is the largest shareholder of both companies: he owns 21 percent of Tesla and 22 percent of SolarCity.

3. He Used to Shower at the YMCA 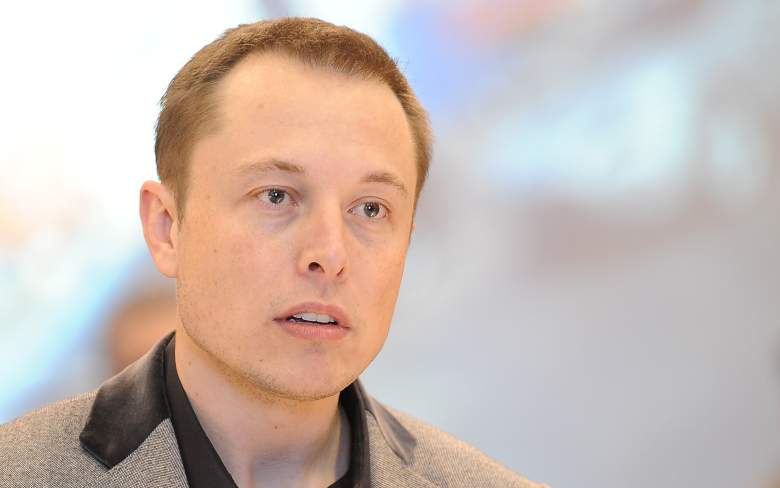 Though he now lives in the Bel Air neighborhood of Los Angeles, Musk was born half a world away in Pretoria, South Africa on June 28, 1971 and his rise to fortune hasn’t always been roses.

He arrived in California at the age of 24, after having earned two bachelor’s degrees in physics and economics from University of Pennsylvania, and became a U.S. Citizen in 2002 at 31 years old. Musk during a 2013 interview revealed that in the early days of PayPal, he lived in a small office in Silicon Valley because it was cheaper than an apartment, and showered at a local YMCA, according to ABC News.

“Our goal was literally, how do we make enough money to pay the rent?” he said.

Like all of us, he has experienced moments of self-doubt: “At the start of both Tesla and SpaceX, I thought we would most likely fail,” the entrepreneur said. But something inside told him to press on: “I thought this was worth a try.”

Though his ex-wife described a life of glitz and glamour, Musk maintains that he lives a rather modest lifestyle, all things considered. In his 2010 Business Insider piece, he wrote:

…relative to others with a similar net worth, I don’t spend much money on personal matters. I own no homes (not even my residence at this point), yachts or expensive artwork. My clothes are mostly jeans and t-shirts and I almost never take vacations, apart from kid related travel.

Much has been written about my use of a “private” jet, as though this is a personal indulgence or shows that I have some kind of Marie Antionette approach to living expenses. Last year, I did roughly 200 business trips and spent 500 hours in the air, not counting airport time. In contrast, you could count the number of truly personal trips I did on one hand. If I didn’t need the plane to get my jobs done running SpaceX and Tesla simultaneously, it would have been sold long ago.

4. His Ultimate Goal is to Colonize Mars

Now a multibillionare, Musk has his eye on conquering the last frontier: outer space.

Speaking at the International Astronautical Congress in Guadalajara, Mexico in September 2016, Musk laid out an ambitious plan to make humans a “multiplanetary species” and colonize Mars. To do that, Musk and his SpaceX team will need to develop fully reusable rockets, which can be used over and over like airplanes.

During that speech, Musk said it’s likely that SpaceX will generate “pretty decent debt” trying to make this goal a reality, and there’s a good chance they could fail, according to a report from PCMag.

On the issue of funding such an endeavor, he said: “As we show this is possible … not just a dream … I think support will snowball over time. The main reason I’m personally accumulating assets is to fund this.”

Musk has been married and divorced three times: first in 2000 to Canadian author Justine Wilson (above), then twice to to English actress Talulah Riley.

In her Marie Claire tell-all, Musk’s first ex-wife Justine revealed that she signed a postnuptual agreement, at her new spouse’s request, two months after they married in 2000, when Musk was still building X.com. Eight years and six kids later (the first of whom died from Sudden Infant Death Syndrome), their relationship had run its course and Musk filed for divorce. It was then, Justine wrote in the 2010 article, that she started to realize what the postnup actually meant:

I had effectively signed away all my rights as a married person, including any claim to community property except our house, which was to be vested in my name once we had a child.

When it was all said and done, Justine ended up receiving from Elon $2 million in cash, plus $80,000 of monthly alimony, and child support for 17 years, according to the-net-worth.com.

In his 2010 Business Insider editorial, Musk lamented about the legal fees he had to pay in his divorce from Justine:

In a California divorce, the wealthier spouse must pay both sides of the battle even if they are not the aggressor.

The legal and accounting bills for the divorce total four million dollars so far, which is an average of roughly $170,000 per month for the past 24 months…Apart from the $170k average monthly legal bill, the rest of my living expenses are mostly nanny salaries and supporting Justine’s household. 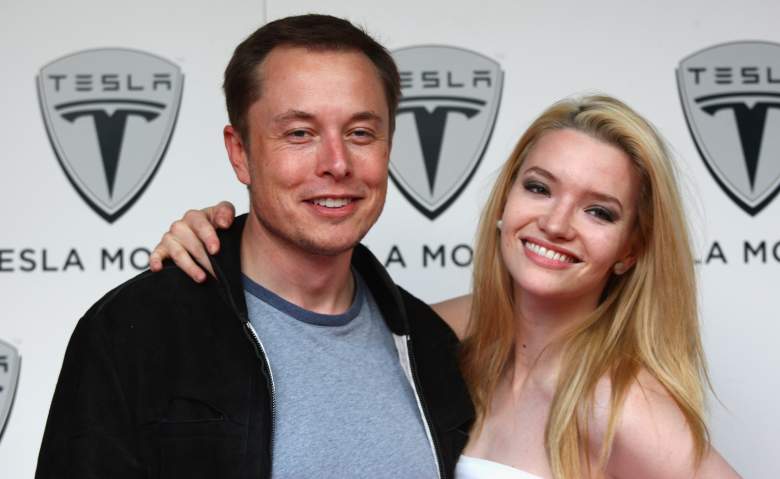 Shortly after his relationship with Justine ended in 2008, Musk was engaged to Riley, who most recently appeared in HBO’s Westworld. They married in 2010 but divorced two years later. Following that was a 4-year on-again, off-again saga: The pair re-married in 2013, filed for divorce the following year, withdrew those documents, then ended up re-filing and divorcing for a second time in 2016. Got all that?

According to TMZ, Musk paid Riley a settlement of $4.2 million when they divorced in 2012. The second time around, Musk filed in 2014 and agreed to pay her $16 million, but the pair ended up getting back together and withdrawing the divorce documents. Their reconciliation was short short lived: Riley filed for divorce in March 2016 and their marriage was officially over by that November. TMZ said the former flames, who had no children together, had a prenup that gave Riley a “lump sum payment in exchange for waving all support.” The site surmised that the $16 million settlement they agreed to in 2014 “may have gone up” when they ended up actually divorcing in 2016. 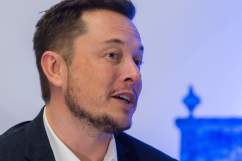