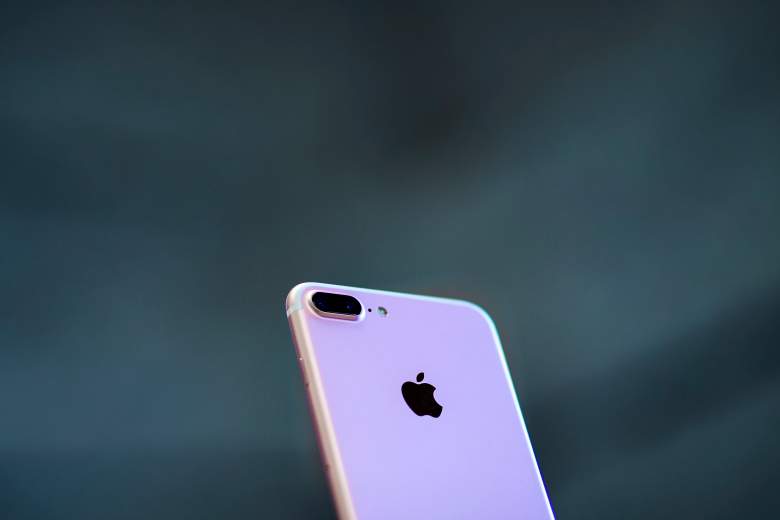 Heads up, iPhone and iPad users: Some big changes to Apple’s mobile operating system are on the way.

The Cupertino tech giant last month released the first beta of iOS 10.3, and today started rolling out a second version of the pre-release software to developers. Anyone with a valid Apple ID can try out iOS 10.3 before it’s released to the general public (instructions are below, if you’re interested). The software update, expected for general availability this spring, promises to bring a number of new features and changes to iPhones and iPads you’ll want to know about.

If you’re not brave enough to try out the beta software, no worries. Read on for everything you need to know about the upcoming update.

This is probably the most important thing you’ll want to know about iOS 10.3.

Those running the iOS 10.3 beta have been getting warning message when trying to run 32-bit applications. As you can see in the tweet above, the message says “This app will not work with future versions of iOS. The developer of this app needs to update it to improve its compatibility.”

This means Apple will likely end support for 32-bit apps in iOS 11, the next major version of the mobile OS, which is expected early this fall.

The end of 32-bit app support is good and bad news. On the down side, those who have been on iOS for a long time will “almost certainly” have some old games or apps that they’ll no longer be able to use, according to Apple expert and CEO and Founder of Kiwi for Gmail Eric Shashoua. The good news is that newer apps on newer iPads and iPhones will be more powerful.

Apple has for some time required that new apps and updates to existing ones be 64-bit compatible, but the move to drop support for 32-bit apps may still come as a surprise to some. Meanwhile, Google’s Android platform, and most devices that run on it, still support 32-bit programs, but that will likely change in the future.

2. A New Feature Called “Find My AirPods” Is On The Way

Apple first announced its AirPods alongside the iPhone 7 and 7 Plus in September 2016, and was supposed to release them in October, though they didn’t actually hit store shelves until December. The $159 wireless ear buds are intended to help usher in Apple’s vision for a completely wireless future, and are meant to be used with the iPhone 7 and 7 Plus, both of which lack a headphone jack.

But one of the main criticisms against AirPods is their high price tag, considering how easy they presumably are to misplace (if you lose one you’ll have to pony up $69 for a replacement). Apple is addressing those concerns with a new iOS 10.3 feature called “Find My AirPods” in the Find My iPhone app.

According to The Wall Street Journal, the feature won’t be able to pinpoint the exact location of a missing AirPod at all times, since the little ear buds don’t have a built-in GPS connection, but will tell you the last place they were in Bluetooth range of any device running iOS in your iCloud account (note, that does not include the Apple Watch, which runs watchOS).

This feature will likely be most helpful for those times you misplace your AirPods at home, as it will be able to confirm and give you peace of mind that they’re somewhere in the house. When this happens, you’ll be able to tap a “Play Sound” button in the iOS app and your missing AirPod will sound an alarm so you can find it.

Shashoua says Find my Air Pods likely would have been released earlier, but wasn’t ready in a bug-free, stable form until now.

@marcoarment @Jim_Lipsey Preview of what we have in store. 10.3 includes a Settings option to disable these alerts. pic.twitter.com/DXYTVdsKNM

With iOS 10.3, you’ll be able to rate apps without even going to the App Store. Developers will be able to ask you to rate and review their app while you’re using it.

This new in-app rating feature will presumably encourage more ratings, which is a good thing for the ecosystem overall. Users might not care too much about this, but it’s a “very significant” change for app developers, Shashoua says.

Meanwhile, developers will now be able to publicly respond to reviews. Here’s how the feature will work, according to Apple:

When iOS 10.3 ships to customers, [developers] will be able to respond to customer reviews on the App Store in a way that is available for all customers to see. (This feature will also be available on the Mac App Store.)

The update will bring an extra goodie for Verizon customers: upgraded Wi-Fi calling. T-Mobile, Sprint, and AT&T customers shouldn’t feel left out because they already have this.

As MacRumors explains, Verizon users will be able to make and receive Wi-Fi calls on iCloud-connected devices, such as the iPad, iPod touch, Apple Watch, and “most 2012 or later Macs.” The feature will even work if your iPhone is off or connected to a different Wi-Fi network, as long as both devices are signed into the same Apple ID.

To enable this, just head over to Settings > Phone > Calls on Other Devices, and toggle that option on, according to Forbes. From there, you’ll see a list of devices you can connect, and you’ll be able to toggle each one on or off as you see fit.

Verizon customers already have a version of Wi-Fi calling, but it requires devices to be on the same Wi-Fi network as your iPhone and for your iPhone to be turned on. As Forbes notes, this upgraded version should come in handy when your phone is out of battery.

5. It’s Expected to Arrive This Spring, But You Can Get It Right Now

At this point, there’s no word exactly when Apple will release iOS 10.3 to the general public, but it’s expected some time this spring. Those who can’t wait that long and are willing to try it out in beta form can do so right now.

The iOS 10.3 public beta is available to members of Apple’s Beta Software Program. Anyone with a valid Apple ID can sign up to participate in the program and get access to the beta software. To get started, just click the link above on your iOS device, then log in with your Apple ID or create a new one. Be sure to back up your iPhone or iPad via iTunes before you begin.

Keep in mind that you’ll be using pre-release software, so it may “contain errors or inaccuracies and may not function as well as commercially released software,” Apple warns. Each public beta comes with a Feedback Assistant app, which can be found on the second page of your Home screen on your iOS device. As you play around with the new mobile OS and you encounter an issue, just fire up that app to send your feedback directly to Apple.

The folks at 9to5Mac put together a good video showing how to install the beta software; check it out above.