Evan Spiegel is the 26-year-old CEO and co-founder of Snapchat.

His Los Angeles-based company Snap Inc. went public on March 2, CNBC reports. Spiegel and his co-founder, Chief Technical Officer Bobby Murphy, rang the opening bell at the New York Stock Exchange on the day of the highly anticipated IPO. SNAP had a preopen share price of $17 and closed its first day at $24.48, up 44 percent, according to CNET.com.

“We built our business on creativity,” Spiegel told the Los Angeles Times. “And we’re going to have to go through an education process for the next five years to explain to people how our users and that creativity creates value.”

1. Spiegel Is Now Worth About $5.5 Billion After Snapchat’s IPO

Spiegel and Murphy cashed out about 16 million shares each, according to Fortune. They made about $217 million each in the IPO and each still own 211 million shares in the company.

He was also paid $503,205 in salary in 2016, and took home a $1 million bonus, Fortune reports. Spiegel will drop his salary down to $1 after the IPO, according to regulatory filings.

“How do we feel? We were just thinking about how do we answer that question,” Spiegel told the Los Angeles Times on March 2, after a day spent at the New York Stock Exchange for Snap’s IPO. “It’s exciting.” 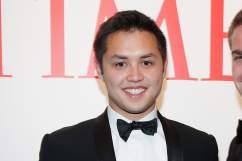 Bobby Murphy’s Net Worth: 5 Fast Facts You Need to Know

2. He Co-Founded Snapchat With Bobby Murphy & Reggie Brown While They Were Students at Stanford University

Spiegel co-founded Snapchat with Bobby Murphy and Reggie Brown while they were students at Stanford University. He dropped out of Stanford in 2012 to run the startup.

Brown sued Spiegel and Murphy in 2013, claiming Snapchat was originally his idea and the other two men took his idea and ran with it. Brown said he was later pushed out of the company. Snapchat settled the lawsuit with Brown in 2014 for $157.5 million, according to Techcrunch.

According to the Los Angeles Times, Brown came up with an idea for a mobile app that would allow users to send disappearing photo messages. He shared the idea with Spiegel, his dorm mate. They struck a deal to work on the project together and later brought in Murphy to be their coder, according to the Times.

“We acknowledge Reggie’s contribution to the creation of Snapchat and appreciate his work in getting the application off the ground,” Spiegel said in a statement to the Times.

Evan Spiegel has been dating model Miranda Kerr since 2015. They have been engaged since 2016. He met the Australian Victoria’s Secret model at a Louis Vuitton dinner in Los Angeles in 2014, Kerr told the Sydney Morning Herald .

“We were really good friends for a long time before we started dating,” she said. “We’ve just been having fun together and sharing our time amongst friends and family.”

Spiegel proposed to the 33-year-old Kerr in July 2016, according to Vanity Fair.

They have not announced wedding plans.

She told The Times of London she is “obsessed” with Snapchat.

“And by the way, I’d be obsessed with Snapchat whether he was in my life or not. It’s the closest thing to having a conversation with someone in the moment…It feels more connected. And people want to connect now more than ever.”

Kerr was previously married to actor Orlando Bloom from 2010 to 2013. They have a son together, Flynn Christopher Bloom.

Evan Spiegel was born June 4, 1990, in Los Angeles, and grew up in Pacific Palisades, California, according to Startup Book. His parents, Melissa Thomas and John Spiegel, are both lawyers.

Spiegel has two sisters, Lauren and Carolina, according to CNET. His parents divorced in 2008 after nearly 20 years of marriage.

He attended Crossroads School for Arts and Sciences in Santa Monica.

Before enrolling in Stanford, Spiegel took classes at the Otis College of Art and Design, and the Art Center College of Design in Pasadena. He also interned in sales at Red Bull.

While in college, Spiegel was a member of the Kappa Sigma fraternity. He worked as an intern at a biomedical company and at Intuit.

Miranda Kerr and her Snapchat CEO boyfriend, Evan Spiegel arrive at the state dinner in honor of President of Finland and the Prime Ministers of Norway, Sweden, Denmark and Iceland at the White House in Washington on May 13, 2016. (Getty)

Spiegel and Kerr bought a $12 million house in the Brentwood neighborhood of Los Angeles in May 2016, TMZ reported.

The home was formerly owned by actor Harrison Ford, according to Realtor.com. It was designed in 1951 by Gerald Colcord.

The 7,164-square-foot house sits on nearly 1-acre of property, according to TMZ. It was originally listed for $12.5 million. The main house has four bedrooms, six bathrooms, a pool and a home gym.

Spiegel lived in his father’s home in Pacific Palisades until 2014, Variety reported.

He said he hadn’t moved out because “rent is cheap” and he planned to stay there “until he kicks me out.”

Spiegel moved out in November 2014. His first home was also in Brentwood. He spent $3.3 million to buy the 2,8400-square-foot 1920s Spanish style home with three bedrooms and 2.5 baths, according to Variety. 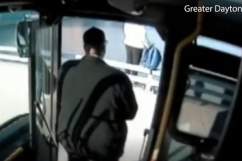