WikiLeaks had planned to livestream a press conference to share more details about Vault 7. However, things got confusing when a video was posted to WikiLeaks’ Facebook page that looked like the livestream, but nothing happened. WikiLeaks ultimately stated that the press conference had been delayed and would be rescheduled because Julian Assange’s Periscope had been attacked. In the meantime, you can read all about Vault 7 and the CIA’s global hacking program here.

Here are more details about what happened with the press conference.

It turns out that the press conference is delayed and a new time has not been released:

NOTICE: As Mr. Assange's Perscipe+Facebook video stream links are under attack his video press conference will be rescheduled.

The Facebook live stream in question is below. Although it’s up on the Facebook page, it’s apparently not working right:

WikiLeaks tweeted that a Facebook/Periscope video used by Assange has been “attacked” and they were activating a contingency.

Instead, WikiLeaks released the passphrase to Vault 7 an hour early:

And now we know that Vault 7 is about the CIA:

Vault 7 isn’t just one release, it’s a series of leaks that WikiLeaks is releasing starting March 7. The tweet announcing Vault 7’s release contained a photo hidden in what a casual viewer might have thought was just a plain black background. Find out more about the photo in this story below: 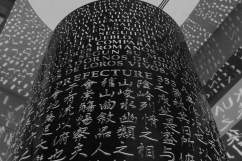 What Is WikiLeaks’ Vault 7? Photos & Clues

WikiLeaks provided instructions to the public on its Twitter page on how to access the Vault 7 file. You can read the instructions in the tweet below.