See Rescue Streamer entered the Shark Tank in Season 8 with its signaling device that can help rescuers find you if you’re lost.

We interviewed inventor Dr. Rob Yonover who has a PhD in geochemistry/volcanology and he told us that he’s sold 20,000 units worldwide, and even saved four lives so far.

He calls his business a “family-run affair” with his World War 2 veteran father assisting along with his brother, wife, son and daughter.

I was a volcanologist in Hawaii flying with a friend in a single-engine plane that sounded like a Volkswagen bug that needed a tune-up. I looked down and saw a massive amount of blue water and thought that if we went down, I could swim for a while, but how would they see me once the plane sunk? I researched the problem via the media and found out right away that people are lucky enough to survive similar lost in nature events (water or land) say the same thing, “You flew right over me, why didn’t you see me?” The answer is your head is the size of a coconut and you can’t see a coconut from an airplane! A few weeks later I flew to Miami and saw the artist Christo’s art project where he wrapped the inland islands in Miami with pink plastic. I thought to myself, “If I could only have a long piece of pink plastic, I could be seen.” It took many years to figure out incorporating spreader bars (struts) along the plastic so it wouldn’t twist or curl up (similar to way a centipede or your vertebrae is segmented for strength). A Navy friend told me to lose the pink and I went to International Orange color and I was off and running, following the awarding of the patents, of course.

It took several years to make a prototype that worked properly. The breakthrough came when I was teaching an oceanography/chemistry lab and realized I could use pipettes (little glass straws) that could be sealed to float and attached to the plastic to act as the support bars/struts to keep it from twisting and curling! In parallel to building the prototype was the long term effort of formulating the patents (a key need for a small company to play in the big leagues).

There was resistance at first as it was such a new idea and seemed almost too simple. The military liked the existing smoke signals, flares, and sea dye, however those all suffer from lasting only a few seconds of minutes. Ultimately, the U.S. Navy called the See Rescue Streamer the only “passive and continuous” signaling device! The Air Force liked it, but told me to come back when it provided an Infrared signal and was self-deploying for their ejection seat pilots. That was the seeds of what is now the auto-deploy fighter pilot version (SDIRS).

Be as prepared as possible, not only with complete knowledge of your technology but also of the background of the specific Sharks that you will encounter. Keep in mind that it is a TV show and you need to make things simple to understand, exciting, and dramatic! 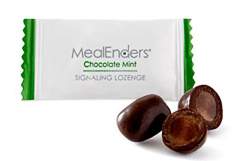 MealEnders on ‘Shark Tank’: A Look Inside the Crave-Curbing Lozenges 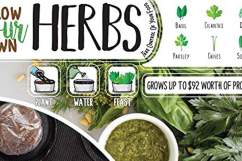 Seedsheet on ‘Shark Tank’: A Look Inside the Garden-Kit Company 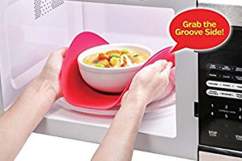 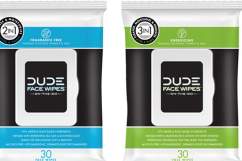