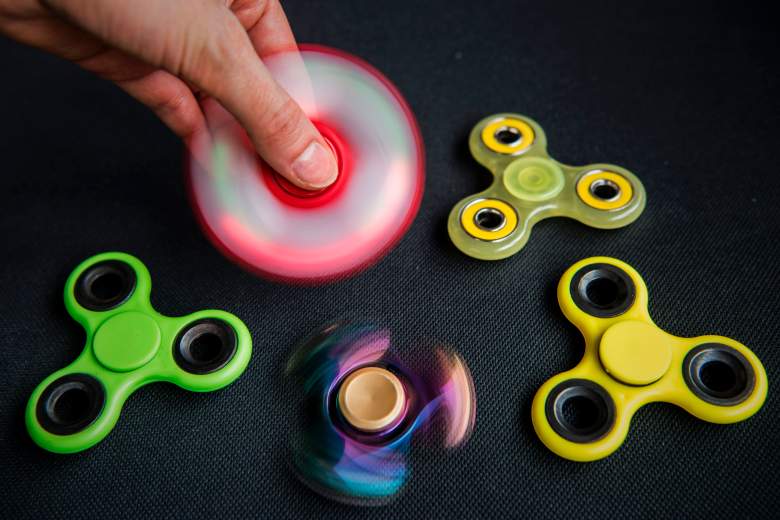 It’s the toy that’s spinning across the globe. Designed for people diagnosed with ADHD, or simply for fidgety people, fidget spinners are the newest gadget to make their mark on the toy industry.

The stress-relief toy contains three blades and has a bearing in the center of the model that allows for it to continuously spin. Bearings are often made up of brass, plastic, copper or titanium. The toy is advertised for people who have trouble remaining focused, and also work as a way to release nervous energy. Believe it or not, they were first invented back in the 1990s, but didn’t become popular until 2017.

The price tag on the spinners range anywhere from $2 to $1,000 Amazon, but the typical average price is between $5 and $7.

As of May 2, the palm-sized gadgets made up all of Amazon’s top 20 best sellers in the toys and games category, TIME reported.

That’s pretty popular for what seems to be a simple toy.

And the fad doesn’t seem to be slowing down. Fidget spinners aren’t intended for any specific age range. That means that children, college students and adults are all flocking to stores to get their hands on the latest craze. Many manufacturers and retailers across the globe are having trouble keeping them in stock, the NY Post reported.

One of the things that keeps customers coming back, aside from the stress-relief factor, is the spinners’ ability to perform tricks. Hundreds of videos have been posted to social media of gadget users testing their hand at some tricks — some easier than others.

Here are some of the best fidget spinner tricks, according to FydgetSpinner.com:

This one — at the beginning of the above video — is the most basic move of fidget spinning. Simply spin the gadget with one hand, pinching it with only your thumb and middle finger. Once it gets a solid rotation, lift your thumb up so that it remains spinning on only your middle finger.

This trick starts with the same process as “The Convertible,” except you never let your thumb up. The goal is to get the spinner turning between your thumb and middle finger before gently tossing it to your other hand, clamping down with your middle finger and thumb the same way you just got it spinning. Keep tossing it back and forth between hands and try to keep the spinner moving.

This one can be a little more tricky for some. To start, grab one of the three blades of the spinner with your thumb and index finger. Gently toss it into the air, catching it in the middle bearing with the same thumb and index finger you tossed it with. The goal is to keep it spinning without interruption.

This trick requires close attention. Get the spinner turning the same way you do for the above tricks — with your thumb and index finger. Once it’s got a good amount of speed on it, lightly toss it — horizontally — into the air, trying to flip it. On its way down, try to catch it with your thumb and index finger, ensuring that it doesn’t stop spinning.

This one is more difficult than the above. To start, perform “The Convertible,” but balance the spinner on top of your index finger instead of your middle finger. Once it’s got a solid speed to it, toss it into the air and catch it on its bearing with only your middle finger, making sure it doesn’t stop spinning. If you’ve got that part down, try to continue doing it with each of your other fingers.

This one sounds easy enough, but can prove to be difficult. Simply perform “The Single Tap,” two times in a row. It gets difficult because the spinner starts to lose speed with the transfers from fingers to hand.

The name of this trick doesn’t do it justice. It’s one of the most difficult tricks and requires quite a steady hand. Perform “The X-tetard Leapfrog” from finger-to-finger until you reach your pinky. Once it sits on your pinky, toss it back and attempt to catch it with your index finger. Once you keep it spinning on your index finger, repeat “The X-tetard Leapfrog” again back to your pinky.