A 22-year-old computer programmer has been credited with “slowing down” the Wanna Cry virus from spreading even further. The halting was the work of English computer programmer Marcus Hutchins. He had earlier been identified only by his screen name, Malware Tech. The Daily Telegraph first named Hutchins on May 15. He works out of his parents home in a beach resort town in Devon, along the south west coast of England.

Europol has described the Wanna Cry malware attack as “unprecedented in scale.” Beginning on May 12, the attack targeted organizations as diverse as Britain’s National Health Service and the Massachusetts Institute of Technology.

1. Hutchins Never Went to University & Is a Self Taught Programmer

The Daily Telegraph profile on Hutchins details how he never went to university. That bio adds that Hutchins is a self-taught programmer. While the Daily Mail has published photos of Hutchins’ hub, featuring servers, monitors and games. On the Malware Tech Blog Twitter page, Hutchins showed photos at DefCon, a hacking event that took place in Las Vegas.

Speaking to the Telegraph, one of the founders of Fidus Information Security, Andrew Mabbitt, said Hutchins “gets paid to do his hobby which is most people’s dream in life.” For good measure, Mabbitt added that Hutchins is “one of the most intelligent and talented people I know.”

2. Hutchins Explained His Actions in a Blog Post Titled, ‘How to Accidentally Stop a Global Cyber Attack’

Following his May 12 slowing down of Wanna Cry, Hutchins wrote a description of his actions in his blog. The posting was appropriately titled, “How to Accidentally Stop a Global Cyber Attack.”

I was quickly able to get a sample of the malware with the help of Kafeine, a good friend and fellow researcher. Upon running the sample in my analysis environment I instantly noticed it queried an unregistered domain, which I promptly registered.

We prevented the spread of the ransomware and prevented it ransoming any new computer since the registration of the domain (I initially kept quite about this while I reverse engineered the code myself to triple check this was the case, by by know Darien’s tweet had gotten a lot of traction.

3. Hutchins Has Warned of a Second Wave of Wanna Cry Attacks

Hutchins has told the BBC that another fresh malware attack could be coming on May 15. The Telegraph says that Hutchins is working with the UK Government Communications Headquarters cyber wing security in preparation of the attackers next move.

According to the BBC, users worldwide have paid that Wanna Cry creators nearly $30,000 in bitcoin in order to get control of their machines. The attack first hit the news on May 12 when the National Health Service in the United Kingdom reported that their systems were down. Then, it spread to banks and car companies. Individually, the ransom ware demands $300 to leave.

In an interview with ITV, Europol Executive Director Robin Wainwright said that there had been over 200,000 victims of Wanna Cry. The malware has spread to more than 150 countries.

5. Trump Has Been Briefed About the Scale of the Wanna Cry Attack

Fox News producer Fin Gomez tweeted that Trump has been “regularly updated” on the Wanna Cry attack. Gomez adds that the president was meeting with experts over the weekend due to the attack. 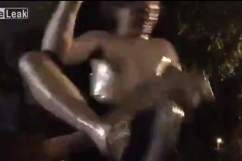