Recently, Google’s parent company Alphabet has been getting some attention because of their initiative to help Puerto Rico recover from the devastation caused by Hurricanes Maria and Irma.

Using high-altitude balloons placed in the stratosphere, Alphabet says that Project Loon can deliver cellular service and Internet to the people that are left without. The name “Loon” comes from Google’s idea that trying to grant internet access to 5 billion people was “loony.”

Project Loon has been in the works since early 2011 when Google was deciding whether or not to contract or acquire Space Data Corp. The project was originally being developed by “Google X,” which is now just “X.” The balloons use patch antennas to transmit signals to ground stations and LTE users.

Here’s what you need to know about Project Loon:

If you're at #ghc17 tomorrow, hear how the Loon ladies bring balloon-powered internet to the world at 10:30am: https://t.co/3AO6qB7LjX pic.twitter.com/eXwwSVKLG8

On October 6, 2017, the Federal Communications Commission granted Project Loon an experimental license to operate in Puerto Rico and the U.S. Virgin Islands in order to help the islands gain connectivity. The license allows for a station in Puerto Rico and the Virgin Islands using a directional antenna. The license took effect on October 6 and is valid until April 4.

It says on the license that “The purpose of the [Special Temporary Authority0 is to support licensed mobile carriers’ restoration of limited communications capability in areas of Puerto Rico and the United States Virgin Islands affected by Hurricanes Irma and Maria.”

More than 90 percent of the cellular towers in Puerto Rico were disabled by Hurricane Maria, and nearly 83 percent of those towers are still down. The communications infrastructure is also in a bad state in both Puerto Rico and the U.S. Virgin Islands.

In a statement to Engadget, an X spokesperson talked about the desire to help citizens in Puerto Rico.

We’re grateful for the support of the FCC and the Puerto Rican authorities as we work hard to see if it’s possible to use Loon balloons to bring emergency connectivity to the island during this time of need. To deliver signal to people’s devices, Loon needs be integrated with a telco partner’s network — the balloons can’t do it alone. We’ve been making solid progress on this next step and would like to thank everyone who’s been lending a hand.

The project was granted the license on the same day it was applied for.

2. Project Loon Helped in the Peru Floods Earlier This Year

If you've never seen them before, there are 4 #ProjectLoon Balloons off the west coast of Peru at 60K Ft. on @flightradar24 now!!#avgeeks pic.twitter.com/AWUBenekbt

When Peru was ravaged by floods in early 2017, Alphabet and Project Loon stepped in to help. According to CNN, the company successfully connected tens of thousands of people in Peru for over 7 weeks when flooding had destroyed homes and roads. Prior to the floods, Project Loon had been doing some testing in Peru, which meant the infrastructure for success was already in place to provide emergency internet access.

The test balloon stayed in place for over 14 weeks prior to the floods. The original test balloon was launched in order to test the latest updates in the navigation technology of the balloons. Because X wanted to test the navigation, the balloon was launched from the launch site in Puerto Rico and stayed in just about the same space after the first 12 days in transit.

On the Google Plus page for Project Loon, X released a statement about the eventual descent of the test balloon:

After all that work, our balloon was understandably a little tired! So, we set a course for the flat, remote plains in the Ica region in Southern Peru where we coordinated with local Air Traffic Control for a controlled descent – with our local recovery partner on hand to welcome the balloon back to Earth. We still have a lot of testing ahead of us, but we’re optimistic about the prospect of our balloons spending more of their stratospheric journeys in locations where they can provide connectivity to people on earth below.

Ultimately, Project Loon was able to send help to Peru residents in their time of need, much like they hope to do in Puerto Rico.

Project Loon takes all the essentials of a cell tower and puts them in high-altitude balloon form. The equipment has to be durable enough to be carried up to 20 km into the stratosphere. This altitude is above airplanes, wildlife and most weather events. Since winds in the stratosphere are stratified, they vary in wind and direction. Project Loon uses predictive models of winds and algorithms to move the balloons up and down to move the balloons to where they need to go. This allows the balloons to give power where power is needed.

When the balloons are high in the sky, transceivers transmit from ground stations, across the balloons, and back down to LTE-powered phones. The balloons are powered by solar equipment; during the day, they power up, and the battery onboard allows for nighttime operation.

At the end of the balloons’ flight, a parachute automatically deploys so that the balloon can have a safe descent back to land. When the flight is over and the balloon has landed, the team tracks the location of the balloon and recovery teams collect it for reuse and recycling.

4. There are Rumors That Project Loon Could Become its Own Company

Rumors have been floating about that #ProjectLoon has left X. We'd like to put a pin in that theory & confirm the balloons are still here. pic.twitter.com/WbGlP3xB31

Because the application for the Special Temporary Authority license was filed under Loon, Inc, outlets speculated that Project Loon might be leaving the X umbrella. X confirmed that Project Loon will not be leaving them through the Tweet above. The subsidiary was officially registered as an incorporated company, but that was for the purpose of obtaining the special operating license.

Project Loon has been under the X umbrella since it began in 2013. The pilot experiment took place in New Zealand, where the group launched 30 balloons and 50 people around the experiment tested their cellular connections. The trial was successful.The company has also launched the service over Sri lanka.

Google has since agreed to partner with Indonesia’s technology companies to connect 17,000 islands. They still hope to bring Internet to those who may not have access to it.

On Project Loon’s Google Plus Blog, Project Loon rewards Golden Balloon Awards to Loon Balloons that have demonstrated the most stamina and strength. Last year, the company awarded “The Bolt” an award for its combination of endurance, agility and power. The balloon set a new record for balloon longevity when it stayed aloft for 190 days.

The Bolt was launched from the test site in Puerto Rico but eventually hit over 19 countries. 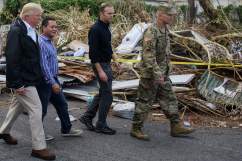