Today’s Apple event is a little unusual. For the first time in years, Apple is hosting an event that is not being officially live streamed. So unlike previous events, you won’t be able to find an official stream from Apple to follow. However, CNET is providing live coverage and a live simulcast, which you can watch in the embedded video above. It won’t actually be livestreaming the event, but it will be providing live updates and coverage. The Apple event is scheduled to start at 8 a.m. Pacific/11 a.m. Eastern. If for any reason the live simulcast above doesn’t work, we are also providing the best Twitter accounts that you can follow below, which will be constantly posting updates as the event happens. If any more live streams or live simulcasts become available, we will add them to this article. The Verge has a live blog here and CNET’s is here. (Read more about what was announced in Heavy’s story here.)

CNET’s simulcast, embedded above, will start 30 minutes before the actual event begins, at 10:30 a.m. Eastern. It’s hosted by Bridget Cary, Jeff Bakalar, and Dan Ackerman. But if that doesn’t continue through the event itself, we have an alternative. A list of the best live Twitter accounts that you can follow to stay updated on the event are below. These all feature journalists who will be attending the event in person and tweeting and sharing updates live as they happen. Of course, Heavy will also be publishing important stories about announcements made during Apple’s event today. Here are the Twitter accounts that you’ll want to follow:

Each year, Apple typically hosts at least two keynote events: an annual September event that features a new phone and the WWDC event (Worldwide Developers Conference) in June. Sometimes Apple will also add a special event in addition to these two, typically in October or March. But they’ve only labeled an event as an “Education” event once before, back in 2012.

It’s unclear what to expect at today’s Education event. Some people believe we won’t see any new products except education software, just like the Education event in 2012. Others believe we will see new hardware products that are education-focused, such as a low-cost iPad or a low-cost MacBook. There have also been rumors of a new iPhone X in a different color or an iPhone SE 2, since some past March events have announced iPhones. But Apple still has a WWDC event coming up in June, so it may save iPhone product announcements for then. This would be unusual for a WWDC event, however. If a phone isn’t announced today, we likely won’t hear about one until September.

And in case you’re wondering what was announced, we have a treat for you. One of the big announcements was a new iPad. Apple introduced a $299 9.7-inch iPad (the school price is $299, the price for other customers is $329.) It will work with the Apple Pencil. It will have the same tilt and pressure as existing Pro Pads. This iPad will have a 10 hour battery, gyroscope, 8 mp camera with 1080 HD video, up to 300 mbps LTE, GPS, and will weigh just one pound. It will also have an A10 Fusion chip.

Read more about what was announced in Heavy’s story here. 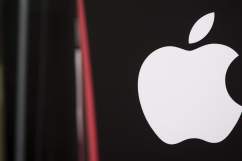 What New Products Were Announced in the Apple Education Event & Keynote Today?