After just the third episode of The Mandalorian, fans are clamoring for some cute Baby Yoda toys to add to their Christmas toy list.

As many fans know, Disney has been busy producing films, shows, and series within the beloved Star Wars franchise since they acquired it from Lucas Films in 2012. After the success of The Force Awakens and Rogue One, it became pretty clear that there were plenty of good things on the way for this dedicated fan base.

With the recent release of Disney+ on November 12, Star Wars nerds across the country had even more reasons to rejoice, namely due to the new series Star Wars: The Mandalorian. As you’ve probably seen if you’ve spent any time on social media lately, the new episodes of Mandalorian features the absolutely adorable, beloved green “baby Yoda”, otherwise known simply as “The Child”.

The introduction of this adorable cuddly baby who is clearly the same race as the legendary Jedi master follows with trends that we’ve seen since Disney took over the franchise, which entails the introduction of a number of cute characters, perhaps in an attempt to draw more kids into the world of Star Wars. “Baby Yoda,” as it is being called, is no exception; his giant eyes and tiny stature are irresistible. Fortunately, nerds of the world don’t have to wait long to bring their own Baby Yoda home.

The opportune timing of the Disney+ release of The Mandalorian means that there’s still plenty of time for you to purchase baby Yoda toys and gifts for every fan in your life and pick up a couple things for yourself while you’re at it!

Unfortunately, as it stands right now, there are NO official Baby Yoda toys available just yet. However, there’s some on the way, and they’ll be available VERY soon — we’re told possible as early as Friday, November 29th.

What Other Type of Baby Yoda Toys to Expect

Thanks to Disney’s knowledge of their fan base (and their pretty exceptional marketing team), they had Baby Yoda merch in the works once the episode aired. Unfortunately, none of the Baby Yoda toys are available just yet.

Based on some of the news circulating the web, baby Yoda toys are coming! This is expected to include Baby Yoda Plush toys of The Child, as well as other related toys.

I wouldn’t be surprised to see a Baby Yoda Funko Pop released soon, figuring that we already have a few Mandalorian Pops available, as well as some Baby Yoda action figures.

Unlike many other series releases, the initial merchandise release for Mandalorian didn’t include anything with The Child, in order to maintain the secret of his existence until the series was released. But never fear- more merchandise is on the way!

You can now pick up the first official Baby Yoda aka The Mandalorian The Child t-shirts here. 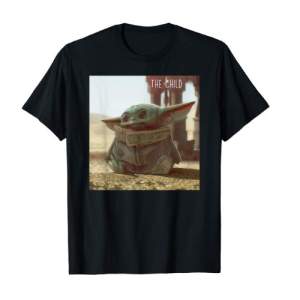 Originally, last week, “Baby Yoda” apparel featuring The Child was rumored to be available, however, it has since been proven to be fake, with Disney noting that no official Baby Yoda merchandise has launched.

With that in mind, beware of Baby Yoda bootleg merchandise.

But as the holiday shopping season continues to build, you’ll be able to find all kinds of Baby Yoda toys with his adorable green face. (Who could resist those eyes?)

Bookmark this post for now, as I’ll update this as soon as we get some official merch for The Child.

The Disney Store has tons of awesome The Mandalorian merchandise available now, including shirts for men, women, and kids. 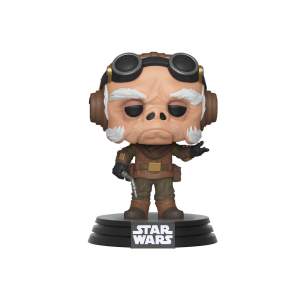 Some of the toys and collectibles released for Mandalorian include some Funko Pops for The Mandalorian, IG-11 (the robot from episode 2), Cara Dune, and Kuill. 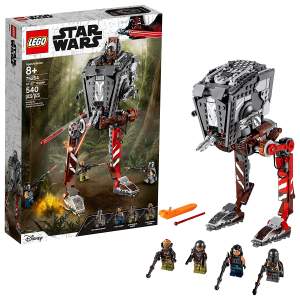 Though the background of The Child and others of Yoda’s race remains mysterious, one thing is clear: Baby Yoda toys on your Christmas list you will have!

You’ll be able to find the merchandise listed here at most major retailers such as Amazon, Target, Kohl’s, Macy’s the Disney Store, and more. But don’t wait – all of the baby Yoda toys will be in high demand when they launch, and some of the Mandalorian merch items are already selling out online!

What Other Mandalorian Toys to Expect

All the fuss about “Baby Yoda” aside, this cool new series is focused on a warrior race with some pretty badass armor. Who wouldn’t want more toys and merchandise featuring them?

Obviously, given the buzz and success of the new Disney+ series, we can fully expect there to be even more Mandalorian toys in the works right now.

More Mandalorian LEGO and Funko Pops are pretty obvious, but we should also expect things like Mandalorian toy armor, a Sandcrawler playset (expect some Jawa figures), and a figure for whatever that Rhino-looking beast from Episode 2 is called.

Read More
Shopping, Star Wars
Baby Yoda Toys on your Christmas list, there will be.