As is becoming customary with Anbernic, a new patent may have leaked the company’s plans for a new handheld gaming PC.

That’s according to tech expert and YouTuber Taki Udon (via RetroDodo), who posted the news, along with what appears to be a mock-up image of the Anbernic handheld PC to their YouTube channel.

As of late, Anbernic has been moving to offer more premium products alongside its range of affordable retro gaming devices. Abnernic’s first entrant into the higher-priced category, the RG552, ditches the lower price tag in favor of a larger screen and an upgraded chipset, the RK3399, which is capable of running up to N64 and Dreamcast titles with consistent performance.

Given the rise in popularity of handheld gaming PCs, it makes sense that Anbernic would want a slice of that pie. As for what an Anbernic handheld gaming PC would look like, it’s possible to get a rough ballpark idea thanks to what’s currently on the market.

How Powerful Will the Anbernic Handheld PC Be? 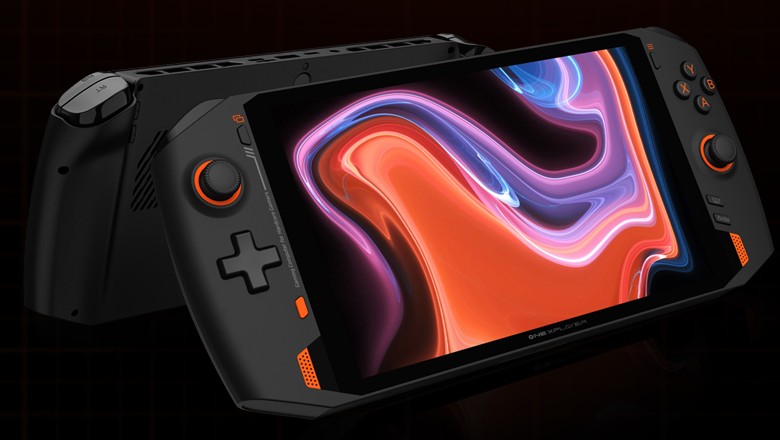 While we can’t say for certain whether Anbernic will opt for an affordable low-spec machine or something more powerful, we can take a look at what other companies are doing in the same space.

One of the other key points of these handheld PCs is being able to order different models with different specifications depending on your budget.

The question now, then, is what type of handheld PC will Anbernic make? Could we see something designed with retro gaming in mind, therefore offering a more affordable price point? Or will Anbernic aim for something to compete with the likes of the Aya Neo, OnexPlayer, or even the Steam Deck?

How Much Will the Anbernic Handheld Gaming PC Cost?

This is quite difficult to predict as it all depends on what tech Anbernic is aiming to use. A low-spec machine could, theoretically, be sold for a little as $399 for a basic unit (the same price as the Steam Deck). A more robust offering, with specs capable of running the latest PC games, would normally push a device into the $1000+ price territory.

It all depends on who Anbernic is gearing the device towards. Is this a capable portable PC ready to play the latest games? Or will this be a Windows device designed to play the more high-spec emulators, like PlayStation 2 or Gamecube?

Fans love Anbernic products because of how affordable they are. The RG351MP, for example, is capable of playing up to PS1 titles on the go, and offers up a reasonable price for what it’s capable of. The RG552, meanwhile, was met with somewhat of a backlash due to its higher pricing. A handheld PC that prices out Anbernic’s main user base could be seen as a risky move. Although on the flip side, maybe this is Anbernic branching out and attempting to attract a different market the company wouldn’t normally reach.

What Is the Anbertnic Handheld PC Release Date?

As this is a leak, a release date hasn’t been officially announced. That said, Anbernic products tend to get leaked several months before they launch, so assuming a 2022 release date is on the cards would make sense.

Plus, given the Steam Deck is on target for release in February, an announcement needs to happen in the next few months before retro gamers pick that device up. As you can imagine, with its lower price point and high-tech, the Steam Deck has the potential to completely dominate the handheld PC market, making it difficult for smaller companies to release more expensive products that boast lesser tech.

As always, stay tuned to Heavy on Toys for all the latest news and guides in the retro gaming space.

wpDiscuz
0
0
Would love your thoughts, please comment.x
()
x
| Reply
A leak from a prominent YouTuber indicates we could be getting an Abernic handheld gaming PC.