If you haven’t heard of it yet, Gabby’s Dollhouse is currently one of the biggest brands on the planet, and was one of the hottest Christmas toys of last year by a clear mile. But what does the future have in store for this hot property? Read on as Heavy exclusively reveals two of the new Gabby’s Dollhouse toys coming later this year. 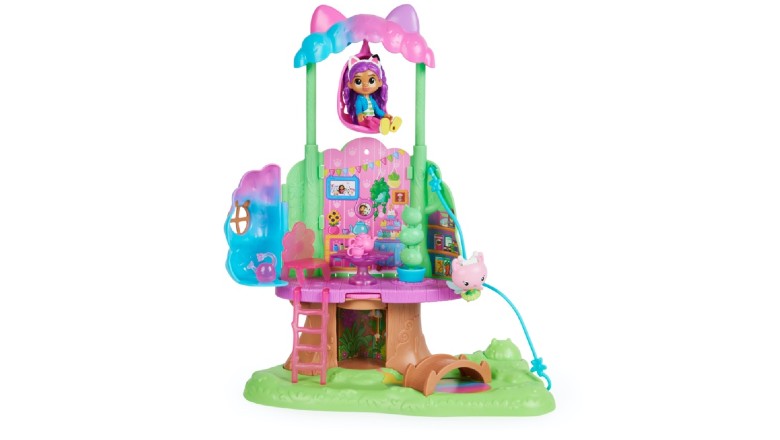 The first of the new Gabby’s Dollhouse toys is the adorable Kitty Fairy’s Garden Treehouse.

This set features all the modern elements kids love, including lights, a hidden room, a canopy that can transform, vine zipline, swing, as well as a host of accessories. This set also boasts a Kitty Fairy figure and an exclusive 3.5-inch Gabby Girl toy. So yes, they’ve got the figures they need to role-play adventures straight out of the box. It even connects to other deluxe room playsets. Cool!

As well as two areas for kids to explore, this treehouse also houses a fun little surprise Dollhouse Delivery for kids to uncover.

The Gabby’s Dollhouse Kitty Fairy’s Garden Playset is available right now, retails for $31.99, and is designed for ages three and up. 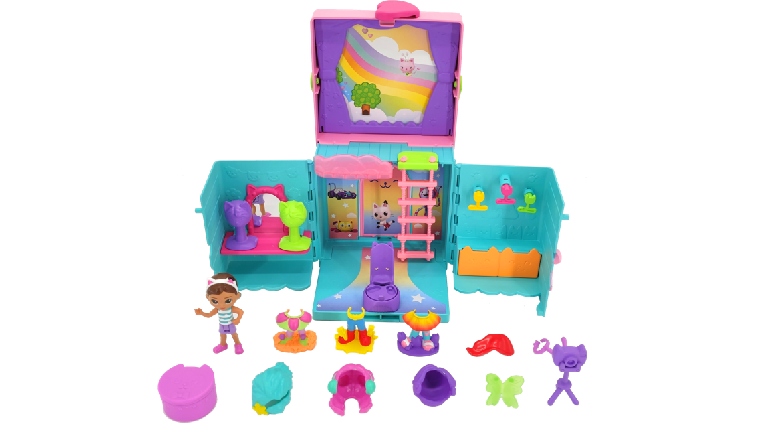 Next up is a set inspired by the Dollhouse Deliveries from Gabby’s Dollhouse. At first, this set looks like a simple box, but open the doors and they’ll see there’s a whole dress-up closet for them to play inside of.

Kids can dress the included Gabby Girl figure in a range of different outfits and accessories as well. There’s even a spinning catwalk area for Gabby to show off her latest fashion masterpiece in front of the photo booth, which itself comes with changeable backgrounds.

Gabby’s Dress Up Closet is due for release this coming fall, will retail for $34.99, and is recommended for ages three and up. 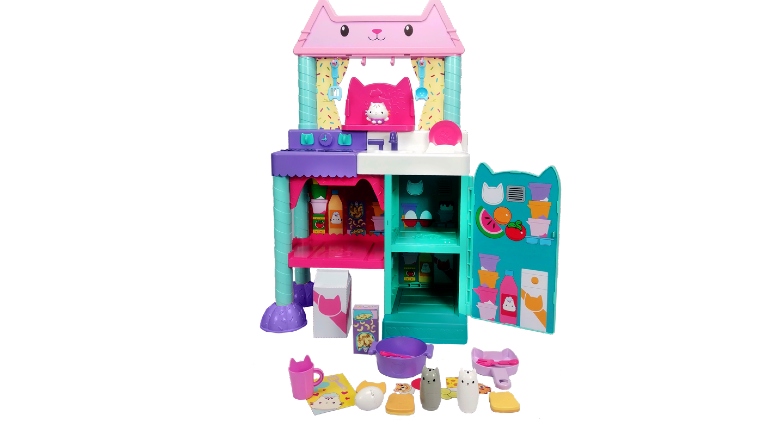 If it’s an insane amount of cuteness you’re after, the Cook with Cakey Role-Play Kitchen is as adorable as they come.

This is a child-size play kitchen designed to look just like the kitchen from the Netflix show. The knobs on the stove turn, resulting in different cooking sounds, and you can slap the Cakey toy on the cookbook stand to hear it talk and play music. How cool is that?

That’s not all, though. For kids looking to really role-play their adventures, the fridge itself can be opened via the door and the sink faucet handle can be turned just like the real thing. Neat.

If that’s not enough, there are also 23 kitchen accessories for kids to discover, including a mug, pan, shakers, cheese, bread, pasta, cookbook, and other kitchen-inspired paraphernalia.

The Cook with Cakey Role-Play Kitchen is due late fall 2022 and will cost $119.99. As with the other sets outlined, it comes with an age recommendation of three years and up.

The Gabby’s Dollhouse app, available on iOS and Android, continues to go from strength to strength. It’s a top-rated app that kids love. And if you purchase certain playsets, they’ll come with a QR code to unlock a special reward from within the app itself.

It’s also free to download, though it does feature in-app purchases, so be sure to make sure you’ve got parental settings set up before they get their mitts on it.