Before talking radar detectors, we’ll repeat the legal disclosure all automakers include in their commercials under microscopic type. Always observe posted speed limits. There – now we can discuss the best products for detecting radar and laser signals (lidar) used by police.

Whenever you suction a radar detector to a windshield or clip one onto a sun visor, don’t ever think it’s an exclusive license to speed without consequence. You must first understand how police radar physically works (radio waves that spread and bounce off multiple points, under specific frequencies regulated by the FCC) and how it differs from police lidar (laser light in the near-infrared spectrum that reflects from a single point). You should understand basic tactics a police officer will employ when firing radar and lidar, how speed traps work, the limitations in traffic, weather, and time of day, and most importantly, the costly civil fines and criminal charges you can face when caught over the limit. In the U.S., radar detectors are illegal only in Virginia and Washington, D.C.; they are also prohibited in most Canadian provinces.

We’re assuming you’re already familiar with radar detectors or will open a few browser tabs to brush up on your radar knowledge. Below we have split our picks into two sections. The premium section features four detectors, three of which are from the same manufacturer. In most independent tests over the past two decades, no manufacturer other than Escort and Valentine have offered the longest range detection and most reliable operation. But since many drivers may not wish to pony up $300 or more, we’ve also included two of the best budget radar detectors from lesser-known brands as ranked by Amazon customers. Beware: Spending fewer than $150 on a lesser-known detector will deliver lesser performance, often by a very wide margin versus the top detectors in this list.

Tried, trusted, and true, these detectors from Escort and Valentine will not disappoint.

I own the Valentine One, also known as the V1, and can attest it is the most sensitive detector on the market. That means a V1 will sound alarms at almost anything, from the automatic sliding doors at local grocery stores to bypassing cars equipped with their own radar and laser safety systems. But V1’s mantra is to show the driver everything, and that it does. A bogey counter shows how many active radar sources the detector has picked up, a signal strength meter shows the closest signal’s strength, and another display shows the radar band (or lidar). A V1 will detect the furthest, weakest signals and alert you for miles. Sure enough, in a seemingly empty area, there’s a cop ahead. V1’s cleverest innovation (unmatched until 2015) are its three glowing arrows that pinpoint if the signals are coming from ahead, to the side, or behind. Most detectors don’t have a rearward-mounted antenna like the V1 (remember, check your mirrors!). While its 25-year-old design may appear dated, it’s a solid, all-metal housing and has been constantly updated with the best electronics (Valentine offers customers to upgrade their hardware without shelling out for an entirely new unit). But the V1 goes haywire over an increasing number of false alerts that can’t be silenced, which I why I haven’t used mine in a while. The suction mount is also weak. But if you’d like far-reaching detection and want to see everything around you, you can’t beat a V1.

Buy the Valentine One here. 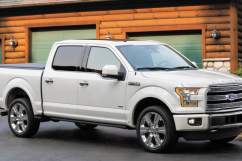 I own and regularly use this now-discontinued Escort model, which retailed in 2015 for about $300. You can now find this same detector brand-new for under $200. While its plastic housing and front-only antenna are drawbacks, the excellent range and smart filtering make the Passport 8500 X50 a winner at more than half the price of Escort’s premium models. Unlike the Valentine One, the Passport 8500 beeps and flashes when there’s something you really should know about. Get the optional one-click Escort suction cup to replace the flimsy mount in the box – it’s superior in every aspect. A simple interface with a dimmable display and Bluetooth connectivity to a smartphone running the Escort Live app are standout features. Escort Live is the company’s own version of Waze, essentially, that automatically sends your detector’s alerts to the cloud and downloads alerts other Escort users have reported straight to your detector. After a recent update, the app has shown little radar and lidar activity. But I’ve seen it working and relied on Escort’s network for my long drives. 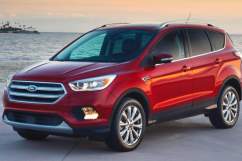 Of Escort’s many current radar detectors, the Passport X70 is the best bang-for-buck mid-range model. It employs a crisp, organic LED display with speed limit information and customizable backlit colors to match your car’s dash lighting. Consider it the evolution of the older 8500 X50 and 9500IX models. New filtering will exclude false alerts from traffic sensors that emit strong X- and K- band radar (these sensors are used by municipalities to detect traffic flows but do not actually record an individual driver’s speed). Upgradable firmware and connectivity with the Escort Live app are added bonuses.

Introduced in 2015, the Max 360 is Escort’s mack daddy with everything you’d ever dream a radar detector would have, if you’re the type to dream about such things. At $650, it’s extremely expensive even for power users, but Escort’s claim of having the longest-reaching range in its lineup (and possibly, anywhere) shouldn’t be discounted. The Max 360 employs four directional arrows (one more than the Valentine One). Escort updates an exclusive database each week that lets Max 360 owners download the latest known list of known red light and speed cameras. That’s in addition to GPS filtering that permanently and automatically stops reporting the same false signal when you’ve driven past it a few times. Another filter reduces alerts from in-car radar safety systems, although it doesn’t actually work to full advantage on certain makes and models. Escort claims its signal processing is the fastest out there, too. For someone who has to have everything, the Max 360 is the best choice but given the excellent range and detection capabilities of the other Escort and Valentine detectors, the price is rather absurd. But if you get a ticket up to $250, Escort will pay for it.

For radar sleuths on a small budget, these two detectors are fast food to the Escort and Valentine’s fine dining.

You get what you pay for with the Cobra ESD7570. Apparently, Amazon customers don’t expect much when they drop less than $50 on a radar detector (the Cobra is Amazon’s current best-selling radar detector). It does a few things, like detect radar and laser, show alert types and signal strengths, and mounts to the windshield. Cobra also claims it can’t be detected by Spectre 1 and VG-2 radar detector detectors (an actual thing in states like Virginia). For $50, it’s better than nothing on a deserted highway. But don’t expect anywhere close to top performance when a dinner for two at Applebee’s costs more than this radar detector.

This is a better choice in the budget radar detector segment. Beltronics uses city and highway modes for more accurate filtering between lower and high speeds, automatic muting, and the ability to display detailed highway warning information, such as for construction zones. Beltronics also claims it is immune to detection by radar detector detectors, and we’d trust the range of this unit versus the super-cheap Cobra. It’s a good starter detector, but since it’s so close in price to the Escort Passport 8500 X50, you’d do better to spend another $50 and get one from a more trusted brand.

Read More
Cars, Shopping
wpDiscuz
1
0
Would love your thoughts, please comment.x
()
x
| Reply
While you should always observe posted speed limits, there are times when having a trusty radar and laser detector may save your bacon on the road.