Jay-Z and Justin Timberlake are reportedly going to hit the road this summer for what would be the first juggernaut of the 2013 summer concert season. With nothing absolutely confirmed just yet, Rolling Stone is saying that the tour will include between 11 and 13 stadium shows.

On Sunday, JT tweeted this:

Jay-Z performed with Timberlake a few times recently, notably at a pre-Super Bowl show in New Orleans and on Sunday night at the Grammy awards. 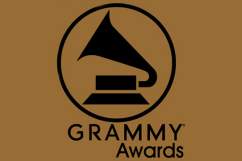 WATCH: The Top 10 Performances at the 2013 Grammy Awards

JT’s return to music after a five-year absence is one of the most anticipated comebacks in recent memory. His album The 20/20 Experience drops on March 19. On the record, Timberlake is back with his favorite producer, Timbaland. Timberlake told Rolling Stone in a separate interview:

We encapsulated ourselves in the studio and I didn’t tell anybody, I was just like, ‘Let’s make some music without all the hoopla of, like expectations. Let’s just make something that feels genuine from us.’ And I’m glad we were able to do that way because, for me, it’s the best stuff I’ve ever done.

This burgeoning professional and personal relation between Timberlake and Jigga could be exacerbated by the pair’s wives seemingly getting along like a house on fire on Sunday night if People Magazine’s photo is anything to go by: