Hannibal, NBC’s newest psychological drama series, takes viewers back to the beginning of the relationship between FBI agent Will Graham and psychiatrist Dr. Hannibal Lecter. Made by Bryan Fuller, the series will debut Thursday, April 4. Here’s everything you need to prep you for the premiere.


The new police procedural will take Thomas Harris’ novels up-to-date as we explore the beginning of a budding relationship between Special Agent Will Graham and Dr. Hannibal Lecter, who as we all know becomes Will’s most dangerous enemy in Red Dragon. Creator Bryan Fuller spoke with Entertainment Weekly about how the relationship will play out during the series. Bryan describes their partnership as a love story, saying:

As Hannibal has said [to Graham] in a couple of the movies, ‘You’re a lot more like me than you realize.’ We’ll get to the bottom of exactly what that means over the course of the first two seasons.

2. The Season Will Air in 13 Episodes
After Bryan Fuller gave a script for a potential series based on Hannibal, NBC was so enthusiastic about his new take that they bypassed the pilot stage and gave a full 13-episode order, according to Deadline. The show will have 13 episodes to air this season and will follow the cable scripted series model where future seasons will have only 13 episodes, while network TV shows air more than that amount.


Some people may not know his name, but they may remember some of his past work. Bryan Fuller started in the TV business writing episodes of the Star Trek franchise as well as the first season of Heroes. He went on to create fantasy series Dead Like Me and co-created Wonderfalls with Todd Holland. Fans may also recall a cult hit from the creator called Pushing Daisies, which was praised for its artful scenery and wacky characters. Sadly, the show only lasted two seasons due to low ratings, but Bryan was in talks with Rob Thomas about doing a Kickstarter campaign to revive the series, Hitflix reported. Bryan also attempted a Munsters reboot called Mockingbird Lane, which aired as a pilot on NBC but was never picked up as a series.


British actor Hugh Dancy plays FBI criminal profiler William Graham. The character was played by actor Edward Norton in the film Red Dragon and William Petersen in Manhunter. Will Graham is described as an expert who hunts serial killers and the mentally disturbed in murder investigations. This marks Hugh Dancy’s first regular role on television, although his wife Claire Danes seems to know a thing or two about leading a TV series — like My So-Called Life and Homeland.


Danish actor Mads Mikkelsen was known to audiences as the Bond villain Le Chiffre in the film Casino Royale. Now the actor will play another villain in the form of Dr. Hannibal Lecter, a role most famously played by Anthony Hopkins. This Hannibal will be a famed forensic psychiatrist who helps Will in his cases and acts as a friend to the detective. Mads spoke with TVLine about his portrayal of the titular killer, saying that Hannibal is:

The closest thing I could come to was the Fallen Angel… [who] believes in the beauty of the darkness. That’s so incomprehensible for us. We can’t understand it. So was not reading textbooks about mental diseases, I was imagining how it was to be Satan.

After appearing in films like the Matrix Trilogy, Laurence Fishburne went into television playing Dr. Raymond Langston on the crime show CSI: Crime Scene Investigation from 2008 to 2011. Hannibal marks his second regular role on TV as FBI Head of Behavioral Sciences Jack Crawford. The character of Will’s boss was originally played by Dennis Ferina, Scott Glenn and Harvey Keitel in the films. Jack Crawford is described as a tough-as-nails cop who is willing to catch serial killers by any means necessary, even if it means taking a toll on Will’s state of mind. Jack’s wife in the series will be played by Laurence’s real spouse, actress Gina Torres, known for shows like Firefly and Suits.

8. “Agent Dana Scully” Will Have a Recurring Role


Gillian Anderson, who fans all know as agent Dana Scully in the X-Files, will also have a recurring role in Bryan Fuller’s Hannibal. She will be playing Dr. Bedelia Du Maurier, who is Lecter’s therapist. This marks her return to American TV after 10 years since the cult sci-fi show went off the air. Bryan said in a statement about Gillian’s involvement:

Her intelligence and sophistication, not to mention her pedigree of ground-breaking TV, make her the perfect actress to match wits and psychological manipulations with one of the greatest villains of pop culture. I couldn’t be more excited.


The first episode of the series will be directed by David Slade, known for his horror films like Hard Candy, 30 Days of Night and The Twilight Saga: Eclipse. The British director is also responsible for directing episodes for shows like Breaking Bad and Awake. Slade will also serve as executive producer for the series.

To give you a taste of what’s to come in this anticipated series, check out the trailer of Hannibal below and give us your thoughts. Will Hannibal make you crave for more? 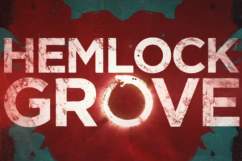