Get a good look at the returning Professor X.

The director (Bryan Singer) of the 2014 Marvel Comics/Entertainment movie, X-Men: Days of Future Past, set the Twitter geek community aflame when he tweeted out this pic of Patrick Stewart’s reprising role as the comic book icon.

This rendition of Professor X can be seen wearing a new set of clothing that hasn’t been featured in past X-Men movies. As for the “Tomorrow it begins” comment, it sounds like fans will be getting another sneak peak into the movie through an upcoming trailer.

There’s been a flood of news surrounding the film in recent months. Bryan Singer tweeted out this pic of the returning Beast, who is being played by actor Nicholas Hoult:

A picture of the one of the film’s set pieces was also sent out via Twitter:

This Vine app video was also tweeted out by Singer. Professor X’s nemesis makes a special appearance in this one:

Another pic alludes to even more of the future mutants starring in this awesome film (*coughBishopcough*):

Every mutant needs a place to sit #XMen #DaysOfFuturePast vine.co/v/bPXUHdHMwnm

One last Twitter pic for Singer displays a wall of the actors who will appear in the film, such as Daniel Cudmore (Colossus) and Fan Bingbing (Heat Vision reported that she’d be playing the role of Blink): 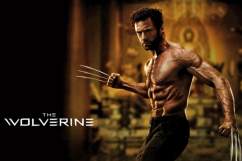 Halle Berry is said to be in talks to reprise her role for X-Men: Days of Future Past as Storm. Halley spoke to Hit Fix and said:

Yeah, I’m really happy to to. I love Storm and I’m happy I get to be a part of it this time.

However, IGN reported that Azazel won’t be making a return.

Jason Flemyng, the actor who played him in X-Men: First Class, spoke about his feelings towards not appearing in the film:

Initially I was gutted, but then I remembered I had to get up at two in the morning, I had to be painted red and be slightly out of focus and posed a lot, and that was sort of it. Now I don’t have to do that. I’ve had twins so I’m quite glad to stay at home. It’s filmed in Canada and it takes about seven months so I’m quite glad to be at home.

As for the final bit of news on this superhero film, director Bryan Singer and actor James McAvoy did an video interview with digitalspy on the film: